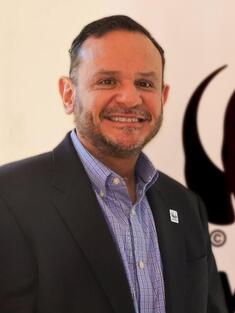 Roberto Troya is vice president of WWF-US country offices and regional director for WWF-Latin America since 2009. He has also supervised WWF country offices in Africa, Asia, Europe and the Greater Mekong for WWF International. Roberto is an expert in international and Latin American conservation policy, with solid experience in strategic planning, fundraising, and management. In the past, he worked for The Nature Conservancy, where he served as director of international government relations (a global position), director of foreign affairs for South America, and between 1996 and 2004 as director of the Ecuador program, where he led the “Water User Fees Concept,” now a global model for water conservation. Between 1994 and 1996 he worked for the president of Ecuador under its Environmental Advisory Commission, where he led the creation of the National Environmental Fund, the Galapagos Special law and the National Biodiversity Strategy. He was the executive director of Fundación Natura, a leading conservation organization in the region. He holds a master’s degree in law (LL.M) from Harvard Law School, and a doctorate from the Catholic University of Ecuador.