Meet the wily white-fronted capuchins of the Ecuadorian Amazon

A taxi’s mirror lures in an unusual ride 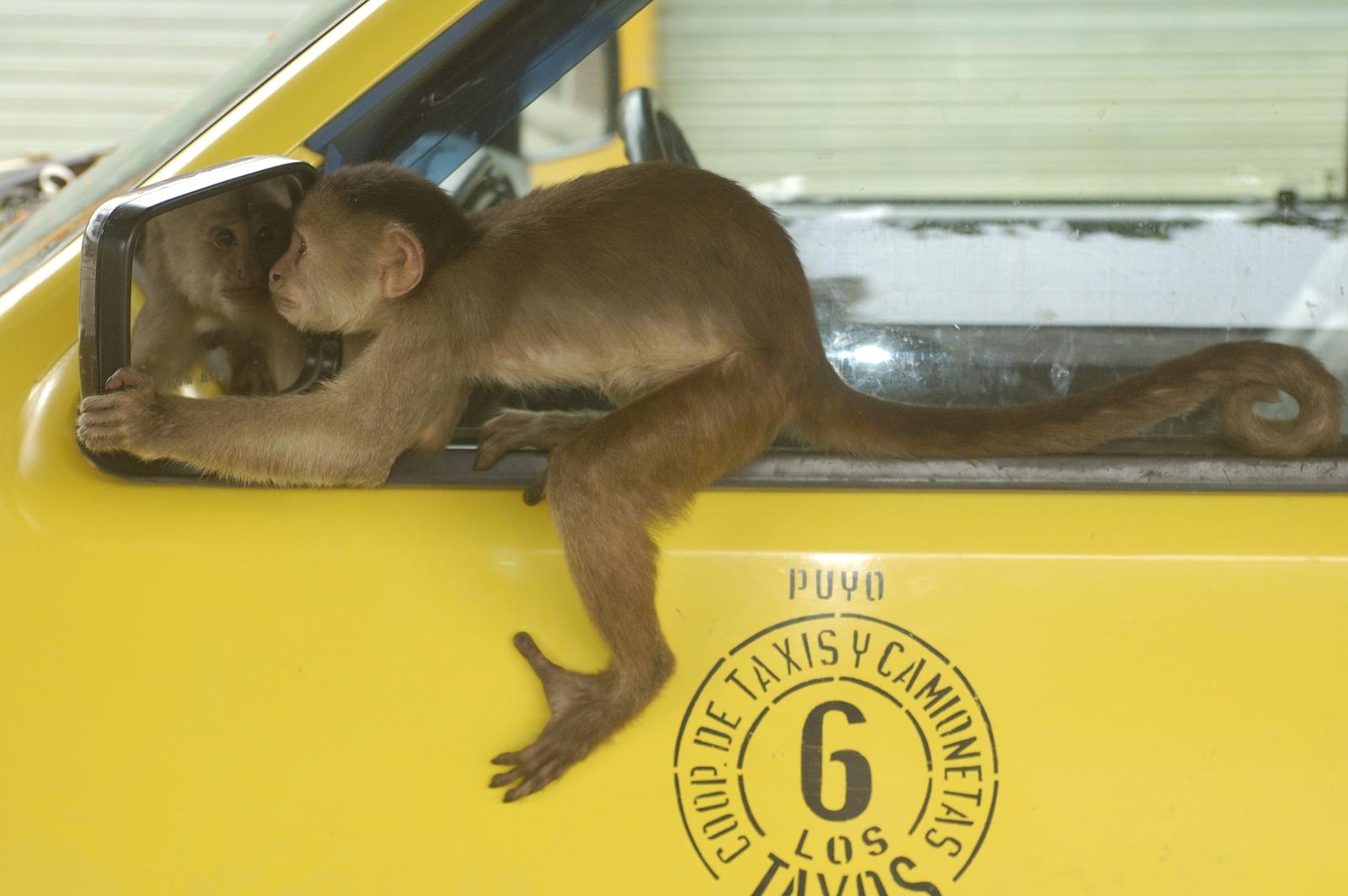 Years ago, in the Ecuadorian Amazon, a wild white-fronted capuchin (Cebus albifrons) began raiding the jungle town of Puerto Misahualli to steal tidbits of food. Others from his troop soon followed suit.

The townsfolk were generally delighted with their new neighbors. Some even began feeding them. Shopkeepers, meanwhile, went on the defensive as the monkeys began marauding their stores for everything from eggs to onions. (They eat the eggs, but tend to just bite into on- ions and rub the juice all over their bodies as a natural insect repellent. They’re extremely clever animals.)

Today, the capuchins are one of Misahualli’s main attractions. But visitors have to keep their wits about them when visiting the town. These monkeys may seem unafraid of people, but they’re still wild—interacting with them can be risky. Feeding them only fuels their boldness, and can lead to human-wildlife conflict—clashes between humans and animals that we’re going to see more of as people continue to claim more and more of the planet’s space.

One morning I caught an image of this capuchin crouched on the side of a local taxi. It seemed to be inspecting its own likeness—but maybe it was just looking for a ride to the next market stall. —Pete Oxford