WWF's Josefina Braña Varela on the importance of protecting our forests 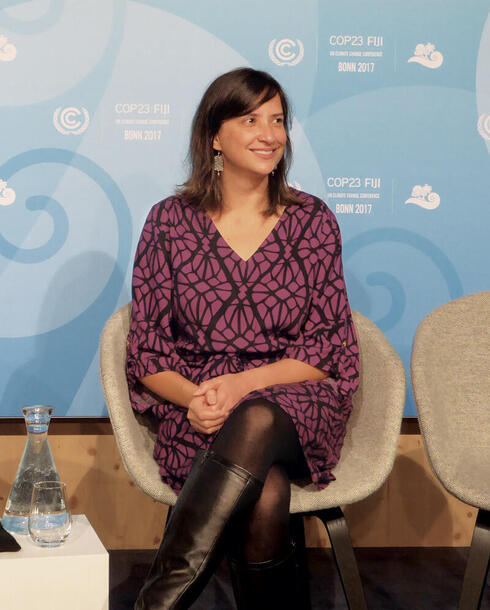 A seven-year veteran of WWF and a native of Mexico City, Josefina Braña Varela helps oversee all WWF’s forest work and leads our ongoing drive to foster forest-based solutions to the climate crisis.

It’s not every day that you see history unfold before you. But there I was, in Paris, France, in 2015, watching excitedly as nearly every country in the world signed on to the first global commitment to address climate change. And thanks to countless hours of behind-the-scenes negotiations, the Paris Agreement now expressly recognized the role forests play in climate mitigation.

At prior UN conferences on climate change, I had worked to negotiate global reductions in deforestation and forest degradation— two practices that, along with unsustainable land use, contribute roughly a quarter of the world’s CO2 emissions. In years past, though, not all countries had been required to set emission reductions targets. When that changed in 2015, it marked a huge milestone in my career—and for the planet.

But while strong global commitments are vital for setting long-term goals, they won’t be effective unless countries have the resources and motivation to realize them. That’s why, at WWF, I look at our work across the board to determine how we can strive for the biggest climate impacts on the ground.

I constantly ask myself: How can WWF help keep forests standing? How can we balance protecting nature with the development people need? The answers aren’t easy.

Take Guyana. This South American country has about 45 million acres of rain forest and is incredibly rich in natural resources. In 2015, a massive oil and gas reserve was found offshore—a discovery that could fuel poorly planned and unsustainable development, which could threaten forest ecosystems. In response, WWF is advising the government on developing infrastructure responsibly while allowing forests to thrive.

“I constantly ask myself: How can WWF help keep forests standing? How can we balance protecting nature with the development people need?”

All these efforts rely on the Indigenous and local peoples who are intimately familiar with issues on the ground. Everything we do must incorporate—from the beginning and by design—approaches that benefit local communities, or our work won’t be sustainable. Around the world, we’re allying with Indigenous associations to help local people secure their land rights, ensure they’re included in decisions about land-use planning, and promote alternative livelihoods.

Governments are key partners as well. While governments in many developing countries have other priorities to address, like poverty and hunger, we know from experience that strong, climate-forward policies can help alleviate those ills. When we support healthy landscapes and provide better access to forest ecosystems, communities and people are healthier too.

But the clock is ticking. It’s estimated that 47% of the world’s forests are at high risk of deforestation and degradation by 2030. As these trends continue, their impact on the climate will only increase.

Forests are home to 80% of the world’s terrestrial biodiversity, and trees are the only natural technology for pulling carbon from the atmosphere. What’s more: The math shows that mitigating climate change will be impossible without forests. To meet the promise of Paris and keep global warming to below 2°C, we must scale up our global forest work—and quickly.

And even though the US government has since pulled out of the Paris Agreement, we must continue to work with companies and governments to tackle the biggest drivers of deforestation and degradation. We must promote incentives to keep forests healthy and standing. We must restore degraded forests. And we must respect the rights and support the needs of the people who live in them.

Forests are central to our future. We can’t lose sight of the forest for the trees.