A love letter to spring's emergence from winter 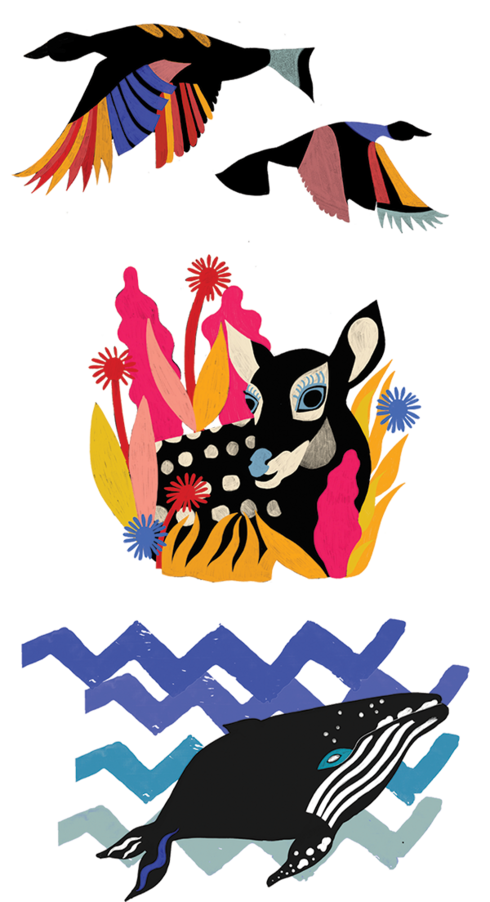 Spring is finally here, after endless months waiting in hibernation for scientists to vanquish the organisms that were killing us.

At my Nova Scotia home on the wild North Atlantic, I had spent those days walking the beach and trails looking for life. The ocean waves were teeming with hardy Sea Ducks: Eiders, Mergansers, Scoters, and Harlequins. They too were waiting—waiting to pair off, for the waters to warm, for Earth’s change, the tip in the sun’s declination.

The Bobcat was caught on my critter cam at 4 am, following a Hare just minutes before. The Weasel was in my basement catching multitudes of mice which had come in from the cold, and the Porcupines were hunkered down in boughs of Spruce for a meal and respite from the wind.

Last October, a baby Pilot Whale washed ashore, its sleek black skin glistening in the sunlight. I ran my hand along its seven-foot body, checking for some clue to its death. Pilot Whales travel in large family pods, and the youngsters stay close except when the adults dive deep to catch squid. Even then, their advanced echolocation always tells them where their babies are. I could find no topical injury.

Perhaps the little whale had succumbed to a virus. Impossible to know.

It surprised me greatly in the days to come that no other creature would touch the carcass. There were Fox tracks around it and Seagulls flying above, but only the tongue and the eyes were eaten. The skin was undisturbed. Years ago, when a 65-foot Fin whale washed up in a nearby cove, the Gulls, Coyotes, and Great Horned Owls stripped the body within 10 days. What made this baby different?

I watched its desiccation over the next four months, until finally a huge winter storm rolled it up in a shroud of seaweed onto the beach grass where it rests still, its sweet melon head peeking out like a dark stone. He will not come again, this little one. He did not rise up in the spring like the daffodils, the Robin’s chicks, or the new moon. Why he died is a mystery, but death itself is our greatest mystery. This year of unbearable human loss came upon us so suddenly and with such massive finality.

The things I count on now are baby Swallows’ first flight over the pond, ducklings learning to ride the waves, and Fawns resting patiently in hollows until mother returns. I’ve come through the darkest of winters and have met spring with a searing gratitude for new life.

Actress and author Jane Alexander penned this letter in the spring of 2021, as a year of worldwide pandemic began to yield to glimmerings of hope.