The war on wildlife hits home

In February 2012, special agents of the US Fish and Wildlife Service closed in on a crime ring they’d been watching for two years.

Their nationwide takedown soon had 10 suspects in custody, their origins ranging from Manhattan to Los Angeles to Hong Kong. They seized bags of cash, gold bars, diamonds and Rolex watches worth upwards of $3 million, plus something both infinitely more valuable and grisly: the horns of 37 rhinos.

“Operation Crash,” as the ongoing investigation is named (the term “crash” is also defined as a gathering of rhinos), has exposed a dramatic surge of crime and slaughter now sweeping away wildlife in countries across the world. Not only rhinos, but elephants, tigers and a host of other species are the targets of a deadly new war on wildlife that has blossomed into a $10 billion a year industry—one of the four leading illegal trades behind drugs, counterfeiting and human trafficking.

And no longer is this a tragedy confined to the exotic locales of Africa and Asia. The United States has surfaced as both a leading accomplice to and victim of the crime as well as one of the greatest hopes for salvation.

WWF sets out to defend wildlife, most notably the rhinos of Africa

Africa loses half its elephants, more than 600,000 in the decade, to ivory poachers

Much of the ongoing plunder begins with bogus claims and beliefs. Here are three myths that are helping decimate some of the world’s grandest animals.

RHINO HORN CURES HANGOVERS AND CANCER
In a tragic case of rumors gone wild, in Vietnam, powdered rhino horn has been claimed to cure anything from headaches to cancer, sending its price higher than gold or cocaine. 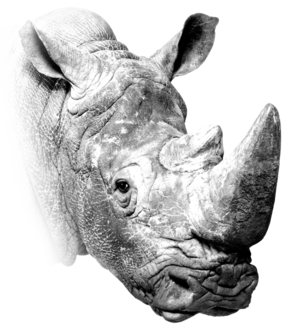 INGESTING RHINO HORN CURES NOTHING
It is no more a cure for cancer than chewing your own fingernails, which are made of the same substance.

TIGER WINE IS MEDICINE
Tiger wine is made from the bones of tigers soaked in alcohol, and believed by many in Asian cultures to relieve a variety of aches and pains. 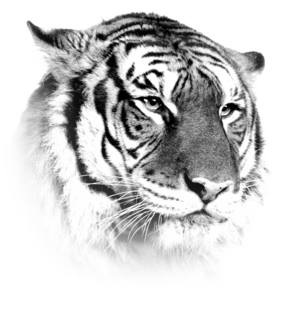 TIGER WINE IS POWERLESS
This drink is just one of the products behind an underground trade in tiger parts that has driven the species from 100,000 individuals a century ago to a mere 3,200 today.

REMOVING IVORY IS HARMLESS TO ELEPHANTS
Some claim that ivory drops from elephants as easily as antlers from a deer. 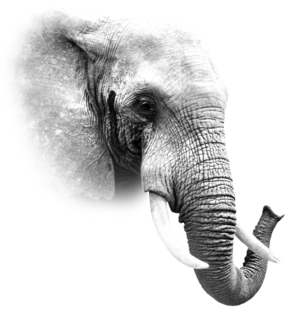 BEHIND EVERY PIECE OF IVORY IS A DEAD ELEPHANT
Tusks are essentially very long teeth, which are hacked out by machetes or chainsaws.

“Much of the world’s trade in wild animal and plant species—both legal and illegal—is driven by US consumers or passes through our ports on the way to other nations.” 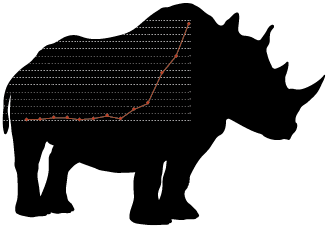 The new world of illegal wildlife trade runs broad and deep, from forests and savannas to coral reefs and open seas, from the headlining elephants, tigers and rhinos to less celebrated corals, sea turtles, sharks and tropical fish—all now under assault in a global black market. In many cases, deals are going down in the United States.

Yet the rhino is among the hardest hit. Just a decade ago, the rhinos in parts of Africa were considered a great conservation success story, coming back from their near eradication in the early 1900s. But in 2007, an urban myth in Vietnam linking a cancer cure to rhino horn sent demand skyrocketing, and with it poaching for the rhinos wherever they could be had, from Africa to Asia.

Wild things are losing ground on too many fronts—habitat destruction and climatic disruptions among the gravest concerns—and the recent spree in wildlife crime comes at a particularly bad time. But it also comes with a heartening degree of hope, in the power of the people to strangle the wildlife trade at its source.

“It really shows what can be done when you collaborate and make the mission number one. The state of the environment impacts us all. It’s deeply embedded in our spirit and our survival.”

Last year, WWF and the Leonardo DiCaprio Foundation led a petition opposing Thailand’s domestic ivory trade, which is widely recognized as the biggest unregulated ivory market in the world. Thailand provides a sinkhole where illegal ivory gets whitewashed for the global trade and offers one of the biggest loopholes in the global fight against illegal ivory.

That initial outreach secured more than 500,000 signatures, but Winters, DiCaprio and WWF felt more could be done. So the foundation reached out to Avaaz, an international online petition site, and within 48 hours, another million elephant champions had signed on. The petition, with 1.6 million signatures, was delivered in person to Thailand’s prime minister, who quickly announced her intention to ban her country’s domestic ivory trade.

On November 14, 2013, outside a government warehouse near Denver, the US Fish and Wildlife Service emptied six tons of contraband ivory that had been seized and stockpiled over the past 25 years and ran every last ounce of it through an industrial rock crusher. It was an open display of national contempt for a global wave of organized crime now slaughtering some 30,000 elephants a year for their ivory. It was also a reminder to Americans that the US is ready for some housecleaning of its own.

The crush came just a day after US Secretary of State John Kerry announced a $1-million reward for “information to help dismantle the Xaysavang Network, one of the most prolific wildlife trafficking organizations currently in operation.” The network is run by a ruthless Laotian named Vixay Keosavang who’s been called by one investigator the “Pablo Escobar of wildlife trafficking.” The show of solidarity signals a dramatic uptick in America’s commitment against wildlife crime and a shift that transcends political divides. Kerry’s million-dollar bounty had been sanctioned by legislation originally authored by US Representative Ed Royce, a Republican from California. Royce publicly lauded Kerry’s move “to disrupt the expansive wildlife poaching and trafficking networks increasingly linked to terrorists. If we can take down Vixay Keosavang’s network, the impact will be felt globally.”

In an accompanying editorial on the day of the ivory crush event, Carter Roberts and International Fund for Animal Welfare President and CEO Azzedine Downes seconded the crush’s hardnosed message, then upped the ante. “Despite laws designed to comply with the international ban (which, it is important to note, has plenty of loopholes), we remain one of the largest markets for ivory in the world,” they wrote. In addition to urging all Americans to take part, the editorial called on the US Congress to enact a moratorium on domestic ivory sales.

Ask Congress to support legislation to crack down on wildlife trafficking and enact a moratorium on ivory trade in the US. 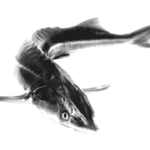 The world’s sturgeon species are increasingly at risk, and global controls now regulate trade in their eggs. The caviar of some species is completely prohibited. 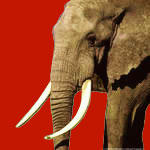 Don’t buy raw ivory or jewelry, carvings, or figurines made from elephant tusks. 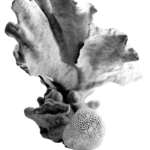 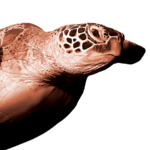 Avoid jewelry and curios made from tortoiseshell. Don’t buy sea turtle meat, soup, eggs, facial creams, shells, leathers, or boots, handbags and other goods made from their skin. 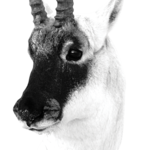 Avoid shahtoosh, an illegal superfine fabric made from the protected Tibetan antelope. 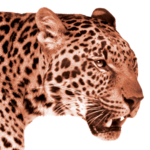