How a new game helped us understand the future of food 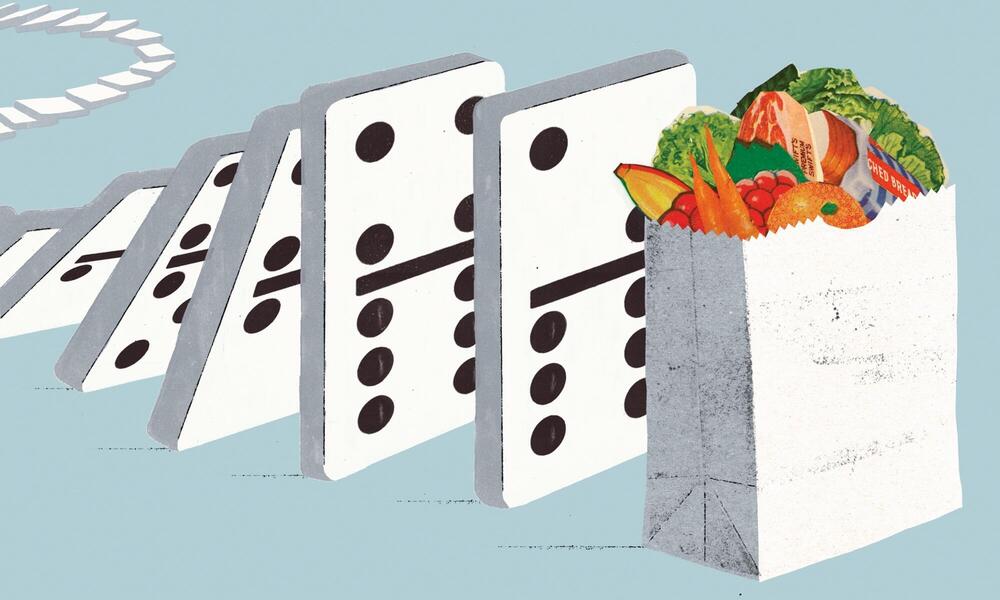 By 2030, the inevitable had happened. A coup in Pakistan. Flooding in Bangladesh. The world’s farmers were breaking under the pressure of volatile commodities prices. Reliable food supplies couldn’t be relied on anymore.

Policymakers across continents initially reacted to these developments with ad hoc responses, ranging from a meat tax throughout the European Union to increased humanitarian aid. But the crisis continued unabated, and volatility in food prices became the new normal. Finally, governments, business, and multilateral institutions came together to increase food stockpiles and enact a universal carbon tax to lessen the possibility of a future shock to the global food system.

This scenario was part of Food Chain Reaction: A Global Security Game, hosted by WWF, Cargill, the Center for American Progress, Mars, Inc., and game designer CNA (formerly known as the Center for Naval Analyses). Held at WWF headquarters in Washington, DC, this past November, the two-day simulation revealed how governments, institutions, and private companies might respond during a future crisis in the world food supply.

Food security affects everyone. But it is also an opaque cobweb of competing interests, and it can be difficult to pinpoint solutions. We tend not to think much about the issue until a humanitarian crisis strikes and we are spurred to act. Taking steps to prevent such a crisis, and to grow enough food sustainably, is a worldwide challenge.

In response, Food Chain Reaction worked to simulate a real- world food-crisis scenario for our players, and included participants from more than a dozen different countries, handpicked to represent many views. Players included a former diplomat from Brazil, a CARE representative for Mozambique and Tanzania, a senior executive from a global agribusiness, and a former US secretary of agriculture. This diverse group was brought together by a shared sense of the need to better understand their role within the food security system, and to work together to ensure that our ability to feed everyone on our planet harmonizes with our ability to provide nature a place to thrive.

One World at Risk

The Food Chain Reaction game, and all of WWF’s food work, is driven by one simple fact: By 2050, the world’s population will approach 10 billion people and the demand for food will double. How we meet this future demand for food will have significant implications for the well-being of the planet. Agriculture already uses about 40% of the Earth’s land and 70% of the fresh water we consume today. It’s also the leading cause of deforestation, and responsible for a quarter of the greenhouse gases we emit. We can’t afford to just ramp up agricultural production without considering the impacts on nature.

Add to that the reality of climate change. Food production uses all that land, water, and energy to grow crops and feed livestock. This stresses fragile ecosystems and exacerbates climate change, which in turn disrupts food production. To complicate matters further, demographers forecast populations will grow most significantly in regions where climate change will have the most negative impact on agricultural yields, such as sub-Saharan Africa and the Middle East. It’s a dangerous feedback loop.

The sheer complexity of food security makes it difficult to identify and create sustainable solutions, let alone understand all the interdependencies among hunger, conservation, trade, and security. This is why we turned to game designers at CNA, who are adept at using interactive activities to tackle these kinds of multifaceted issues for the Pentagon.

We wanted Food Chain Reaction to examine both the drivers of food security—whether new agricultural production technologies, trade restrictions, or environmental concerns—as well as the impacts. We wanted to use the growing body of research that shows that food insecurity is contributing not just to malnutrition but also to food riots and social unrest in politically fragile regions, and that these events will only become more frequent. And we wanted to see if the teams— representing the US, the European Union, continental Africa, Brazil, India, China, multilateral organizations, and businesses and investors—would look out for their own self-interests or if a spirit of international cooperation would take hold.

Since the value of role-playing is in revealing how people might respond to stressors in real life, the participants spent two days working through four rounds of play that covered a 10-year period. During that time, they had to manage the shocks—such as flooding, coups, and shortages—we are likely to see more of in the future.

As the game progressed, the players collaborated and negotiated, shared knowledge, and learned from their peers. The impacts of the players’ decisions were judged after each round by a panel of outside experts. This continuous feedback allowed players to see in real time the consequences—both intended and unintended—of their decisions.

They made decisions with limited information and quickly learned that “business as usual” wouldn’t cut it in this simulated future. As Molly Jahn, head of the adjudication panel and professor of agronomy at the University of Wisconsin, Madison, noted in her closing remarks, “Volatility is the new normal.”

While there is no silver bullet for food security, we were able to test some of our assumptions about the linkages between global food security and conservation, and we learned a few important things:

Waiting for a Crisis is Not a Plan

Throughout the game, there were periods of complacency, and some players only took significant action during times of severe crisis. As a result, warning signs went unnoticed and the subsequent impacts were worse than they would have been, had action been taken earlier.

Climate Change Turns Up the Heat

We know from hard experience that in times of instability environmental concerns can take a back seat. This was reaffirmed during the game. During a simulated time of agricultural shortage, for example, the team representing the European Union temporarily rolled back environmental regulations to quickly ramp up agricultural yields, underscoring the need for consistent conservation initiatives. It also reminded us why we need to proactively prepare for disruptions to our global food system before they happen.

From Players to Teammates

Throughout the game, it was abundantly clear: By 2050, the solutions that will allow us to feed the world while protecting the planet will need to have been in place for a long time. Only by stopping agricultural expansion, augmenting agricultural production, increasing resource-use efficiency, and reducing food waste, can we provide the food and nourishment we need, while ensuring we are conserving nature for future generations.

We took away one clear confirmation of WWF’s approach: Together, it’s possible to meet these seemingly intractable challenges. As Debisi Araba, Louis Bacon Environmental Leadership Fellow at Harvard University’s Kennedy School and one of the players on the continental Africa team, noted, “The world can get it right. What the simulation showed us is that we really need to get ahead of the curve.”

The private sector, in particular, can be an indispensable ally. Cargill, the world’s largest agribusiness, has been a strong supporter both of this initiative and of WWF’s mission. As one of the organizers of Food Chain Reaction, Cargill provided a critical private-sector voice to the dialogue. The company also shared insights on economic models on commodity production and trading, and on the trend data that is pivotal to decision-making.

Cargill, of course, has a vested interest in understanding the future of food—where it will be grown, how it will be grown, and how it can be traded efficiently and sustainably. It’s their business. But Food Chain Reaction showed us all too clearly that it’s everyone’s business to better understand the global food system.

It is our hope that through the Food Chain Reaction game, this message will be carried forward and will start a movement toward greater sustainability. As John Podesta, founder of the Center for American Progress, noted in his remarks to the players, “Serious cooperation on issues like food security, climate change, and environmental preservation serves all of our interests.” Now that we’ve looked together into the future, it’s clearer than ever that there’s no better time to start than today.