A leopard family offers safari-goers an unexpected reward in Botswana 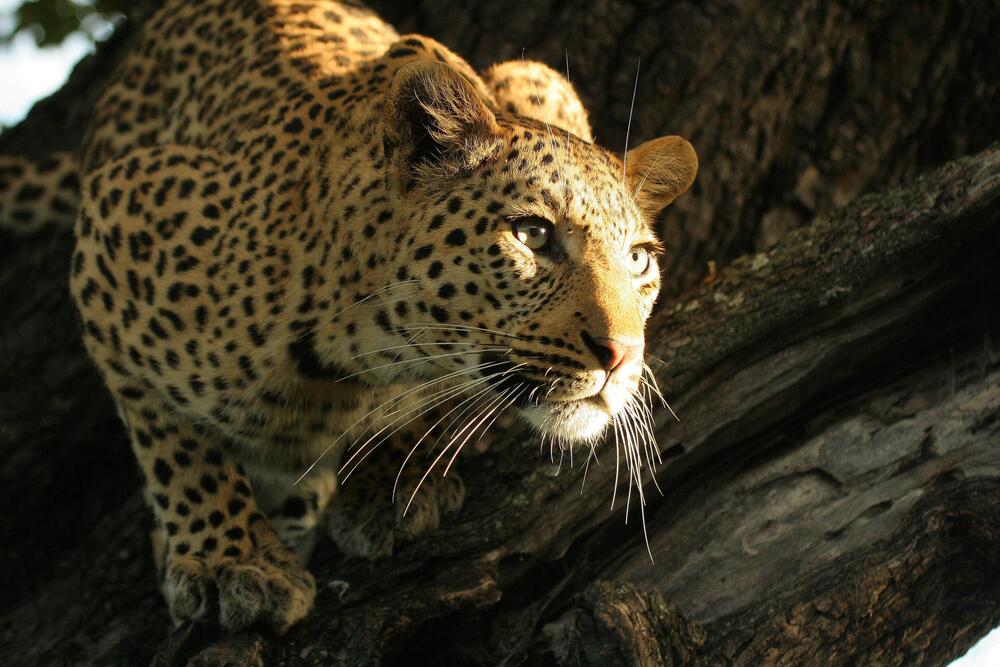 We were driving through Botswana’s Okavango Delta when Richard Avilino, our expedition leader, was radioed that a female leopard had been spotted carrying her newborn cub. We were thrilled, but the elation was short-lived. We were told not to bother heading over, because the mother had already hidden with the cub inside a hollow log.

Disappointed, Richard told us it was an incredibly rare sighting, one that even he, in eight years of leading expeditions, hadn’t witnessed, because leopards usually hide their young until they’ve grown a bit.

Suddenly, the radio crackled back on. The leopard was on the move! She’d left her cub alone in the log and had turned back, walking directly toward where she’d come from. “That can only mean one thing,” said Richard. “A second cub!”

We raced to where she’d been seen, and there she was—a gorgeous, spotted leopard, braving the almost 100-degree heat, silently and doggedly making her way across the brown earth, through yellow savannah grasses that were peppered with green bushes and trees.

We quietly followed her for almost a mile, until she stopped at a spot where heavy brush covered a large fallen log. We watched, barely breathing, as she started to make low sounds in her throat—calling to her cub. Then she walked into the brush.

We could just barely see her, pawing at the log. Her head disappeared from sight, the brush rustled and then … she emerged, with a tiny, spotted cub held gently in her mouth. It was so young its eyes weren’t even open—likely no more than two or three days old.

In awe, we watched as she began the long return trek, carrying her cub to its twin—a tireless and determined mother, going the extra mile to keep her babies safe.

Travel to Botswana with WWF.