Can LED lights save sea turtles?

Could a simple lightbulb be the answer that keeps sea turtles out of fishing nets? 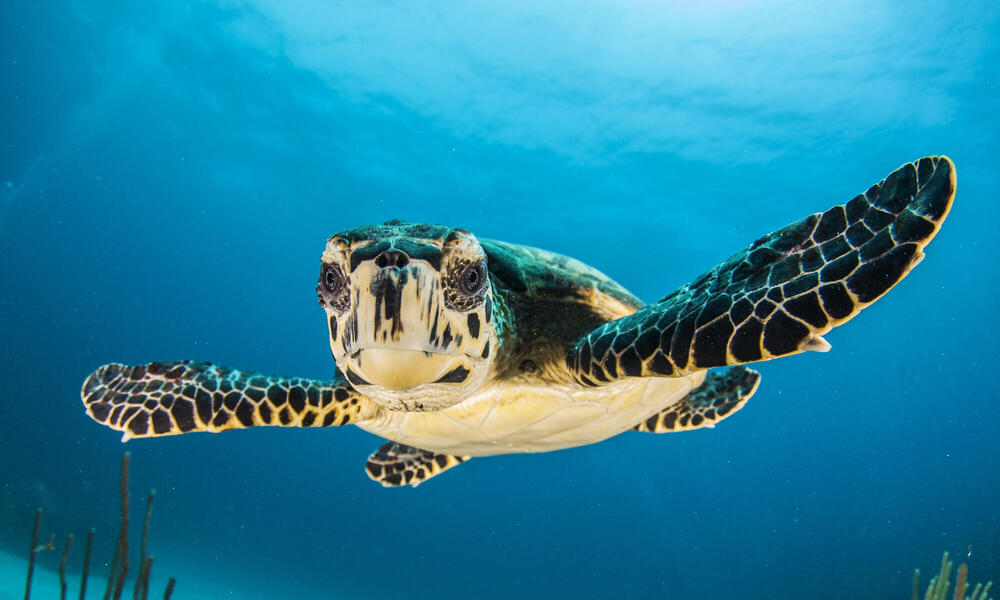 Hundreds of thousands of sea turtles are accidentally killed by fishing gear—caught on dangling hooks or entangled in nets—every year. To reduce that risk, some experts have proposed modifying the design of fishing gear. But what if you could simply change the way turtles perceive it?

That was the question behind an illumination device developed by John Wang, an ecologist for the National Oceanic and Atmospheric Administration (NOAA).

He submitted the idea to the WWF International Smart Gear Competition, a challenge designed to identify innovative ideas for reducing bycatch in fisheries, in 2011.

“Turtles can see certain light wavelengths that a lot of fish species can’t,” says Mike Osmond, a senior program officer on WWF’s Oceans team. “Wang’s theory was that if you used a light with the right wavelength, you could help turtles see and avoid the nets while still catching fish.”

The device, which won a runner-up prize, started out using a glow stick. Through funding from WWF, Wang then switched to LED lights, testing the effects of various light colors at field sites in Mexico and Indonesia. Eventually he settled on green and ultraviolet.

The test results showed an up to 60% reduction in turtle bycatch—and at the Indonesian site, a 20% boost in the target catch for participating fishers. WWF and NOAA are now working with a small company to develop a better case for the light, and exploring the potential of testing it in the Philippines and Indonesia, key feeding sites for endangered leatherback turtles.

Learn more about sea turtles and what WWF is doing to protect them.