Making a home for monarchs in Mexico 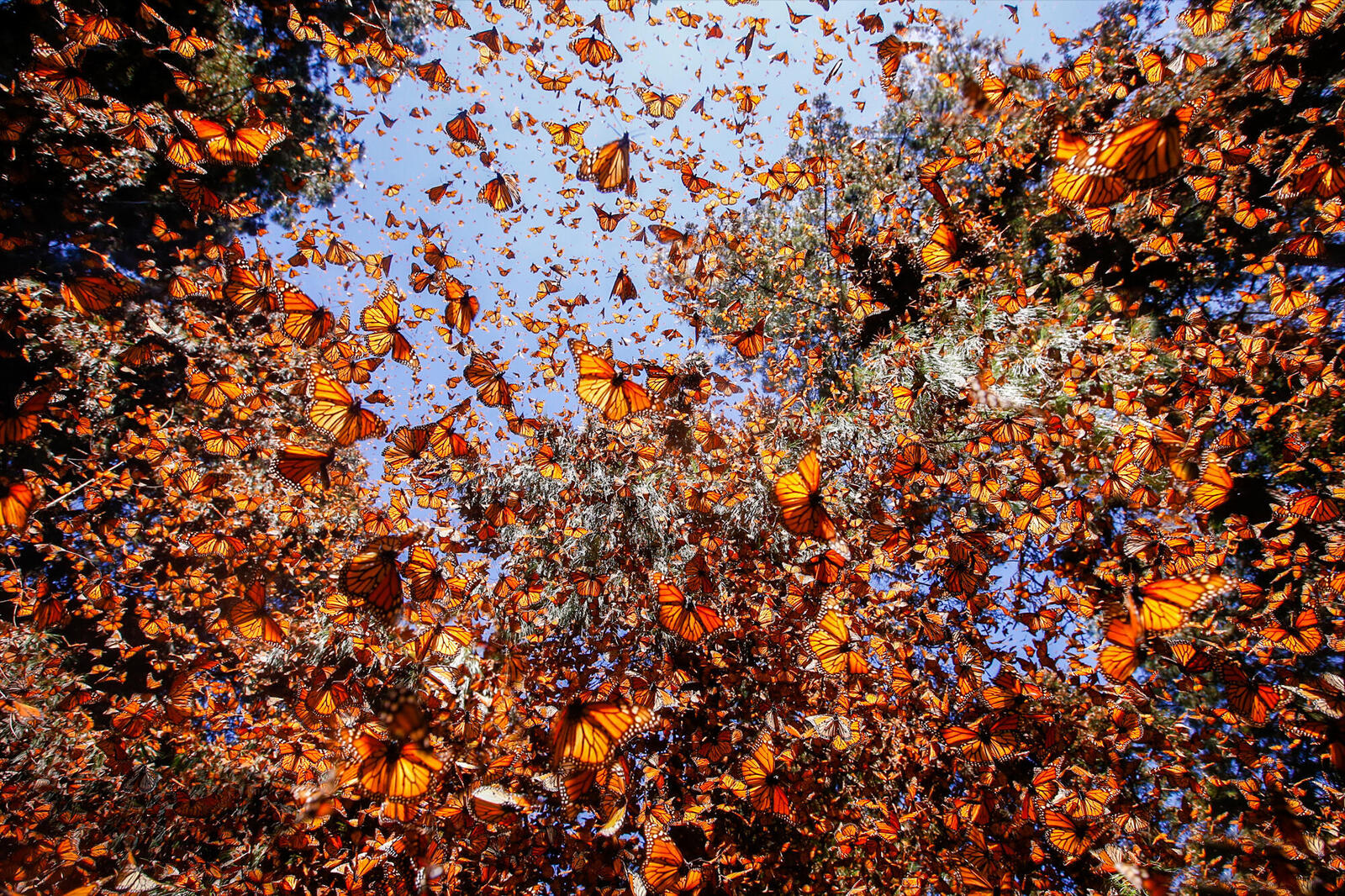 Every year at the end of summer in the Northern Hemisphere, monarch butterflies embark on a journey of nearly 2,800 miles, winging their way from Canada and the US to central Mexico. Arriving in early November, they congregate by the millions on oyamel fir trees, where the microclimate is just right for hibernation. When spring arrives, mating begins and they head back north.

While monarchs are not endangered, their marvelous migration is at risk. Because they cluster in an area of just a few squares miles, loss of habitat to forest degradation has serious consequences.

In 2000, WWF supported the expansion of Mexico’s vital Monarch Butterfly Biosphere Reserve and has since worked with various stakeholders to involve local communities in conserving the forest. Today, local people grow fir trees for reforestation; produce mushrooms for consumption and income; serve as guides for visitors; and volunteer in brigades that patrol the forest on the lookout for illegal logging and forest fires.

Last winter, a WWF survey found that forest degradation continues to decrease. Only 12.3 acres were lost in 2019, as compared to 1,235 acres in 2005. Another WWF survey showed that the numbers of hibernating monarchs hit a 12-year high, sparking hope after a decades-long decline.