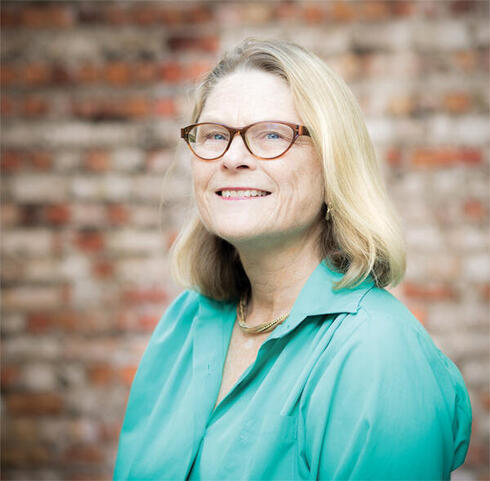 I stood on the shore of the Outer Banks, my gaze fixed on the horizon. I was 16, and I was waiting for the arrival of 18 egrets that returned every year. As time passed, doubt began to creep in, and my shoulders slumped. Could this be the year the egrets failed to return? But then I caught sight of them—18 dark-winged shapes careening through the gray dawn— and I smiled as they swooped low to skim the breaking waves.

Ever since those moments on the Outer Banks, where my family had a cottage, I have felt a deep—even sacred—connection to natural places. Decades later, when WWF was working with the Royal Government of Bhutan to secure financing for their protected areas, a WWF colleague told me that the Bhutanese people do not climb the high mountains because “that is the land of the gods.” His words struck a chord: Here was an entire nation that felt the same sacred connection to natural places that I did.

But with that connection comes responsibility. How do we ensure the return of the egrets? How do we protect the “land of the gods” for future generations of Bhutanese? In many cases, we know the solutions. But the question I ask myself every day is “How do we pay for it?”

As senior director of conservation finance at WWF, I lead a multidisciplinary team dedicated to answering that question. While philanthropy is fundamental for conservation efforts, we also see a key role for private sector investment.

In Colombia, for example, WWF is partnering with the government to secure permanent financing for the nation’s protected areas, even as we work with private investors to incentivize sustainable production and create market access for community businesses in the surrounding landscapes. These efforts will help to reduce pressures from the deforestation that comes with illegal mining and unsustainable agricultural practices, while increasing economic benefits from natural resources for local communities.

“Conservation investment is not without its risks, but ... when things go right, the rewards for nature and people are manifold.”

WWF has adopted a similar approach in Bhutan, where we’ve partnered with the government to promote ecotourism and other nature-based economic infrastructure. Through earmarked taxes, the government of Bhutan will be able to direct some of that added revenue to the management of protected areas—a win-win for the Bhutanese people and their most cherished natural places.

And, in addition to a significant number of private grants for the Bhutan effort, we secured $26.6 million from the Green Climate Fund (GCF), a multilateral fund created within the framework of the United Nations Framework Convention on Climate Change to help developing countries mitigate and adapt to climate change. The project will help Bhutan maintain its status as one of the few climate-neutral countries, based on the ability of its protected forests to withdraw carbon from the atmosphere. This was WWF’s first GCF-funded project, and we are excited by the prospect of additional large-scale projects with GCF in the future.

Securing the initial funding for any new project is just one part of a puzzle that my team must solve. We also assess the feasibility of delivering meaningful results. Often, the biggest roadblock we face is not technical, but political. For example, recently we celebrated the 10-year anniversary of the Madagascar Biodiversity Fund, an $80 million fund created in 2005. In 2009, a contest for control of the government of Madagascar sparked a political and economic crisis, but despite great political tumult, the Madagascar Biodiversity Fund has continued to provide national-level financing for the country’s protected areas.

Conservation investment is not without its risks, but we have proven time and again that careful planning and good governance can mitigate those risks. And when things go right, the rewards for nature and people are manifold.

I think back to my childhood—to the yearly return of those 18 egrets—and it reminds me of nature’s awe-inspiring capacity to endure, if given half a chance. In turn, healthy ecosystems and abundant wildlife offer myriad benefits to people, making an investment in Earth’s most precious places and species an investment in our own future. I consider that money well spent.