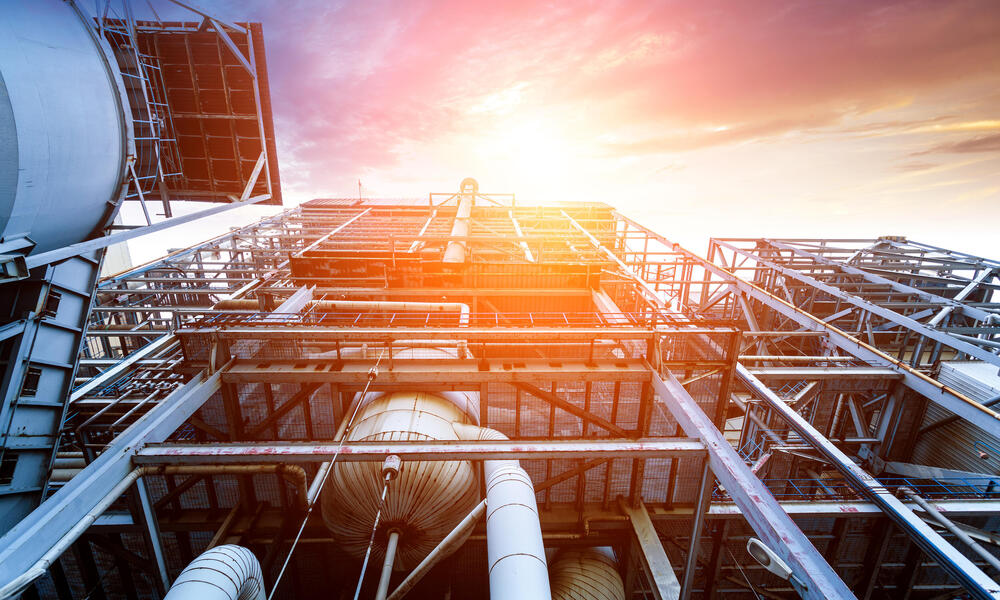 To create many of the products we wear and consume, and even the food we eat, manufacturers often apply heat—for washing, drying, cooking, sterilizing, and more. That heat is typically generated from fossil fuels.

In fact, the fuels used for industrial thermal processes represent the third-largest source of greenhouse gas emissions in the US, after those powering the transportation and electricity sectors. But despite being a substantial contributor to climate change, thermal energy has been largely ignored in attempts to limit emissions.

In 2017, WWF set out to change that, convening the Renewable Thermal Collaborative (RTC) in partnership with the strategic advisory firm David Gardiner and Associates and the nonprofit Center for Climate and Energy Solutions. The collaborative seeks to slash carbon emissions from industry and other large energy buyers—like universities and city governments—by scaling up renewable alternatives for providing thermal energy. In 2021, RTC received a substantial investment boost toward that goal when it was selected from among 68 competitors and awarded $10 million through the 2030 Climate Challenge run by Lever for Change, an organization that connects philanthropists with projects taking on major societal challenges.

Rising to the 2030 Climate Challenge

By the end of the decade, the Renewable Thermal Collaborative aims to drive a 30% reduction in industrial thermal greenhouse gas emissions in the US by

MAINSTREAMING RENEWABLE THERMAL ENERGY as a must-tackle issue for business, policy-makers, and the media.

BUILDING “COMMUNITIES FOR ACTION” to develop and drive implementation on the ground and engage local people where pilot projects are deployed.

“Some of the companies who were making progress buying renewable electricity said, ‘Wait a minute, we need heat to make things. And that’s going to be a lot harder to decarbonize,’” says Marty Spitzer, WWF’s senior director of climate and renewable energy, who championed the development of RTC and CEBA.

Partially because of such challenges, “thermal energy is the last very large chunk of emissions that we haven’t addressed,” says Spitzer. “We absolutely can’t overlook the critical climate challenge of thermal energy.”

Renewable thermal solutions come in many forms, including solar and geothermal energy, as well as reclaimed biogas (methane), which is considered a transitional renewable fuel. Take, for instance, cosmetics company and RTC member L’Oréal USA, which is now purchasing enough reclaimed biogas from a landfill in Texas to fuel thermal energy needs for all its domestic manufacturing and distribution facilities.

Another example is the Mars factory in Sochaczew, Poland. The facility, which produces chocolate and pet food, reclaims biogas from its on-site wastewater treatment plant and uses it to produce steam that powers factory operations. The company estimates that the use of biogas has cut factory greenhouse gas emissions by 34%.

Elsewhere, renewably powered industrial electrification and solar thermal systems with heat pumps (which harvest heat from the air) are helping breweries, distilleries, and dairy processing companies slash natural gas use and their emissions. “It’s the beginning of a revolution in how industry will create renewably powered heat,” says Spitzer.

“One key objective is to ensure that the thermal energy transition is a just one from the perspective of workers, local communities, historically marginalized groups, and others potentially impacted by changes in the industry.”

RTC, which now includes more than 20 large thermal energy users and more than two dozen innovative solutions providers, aims to expand to more than 100 corporate members by 2026. The 2030 Climate Challenge award will help the collaborative work toward its goal of securing a 150% increase in renewable thermal energy usage in the US—driving a 30% reduction in industrial thermal emissions—by the end of the decade.

“RTC is tackling something that everybody acknowledges is very complex,” says Muhsin Hassan, the awards director for Lever for Change. “They’re trying to address gaps based on the technology itself, as well as the market gap, and then also the policy barriers. These three combined are really what are working against the uptake of renewable thermal energy in the industrial sector.”

Daniel Riley, director of international corporate climate partnerships at WWF, says that for the first few years of RTC’s existence, much of the focus was on becoming established in the renewable thermal energy space and forming the “connective tissue” between partners and energy goals. Now, he says, the grant will supercharge RTC’s efforts.

“We only have this decade to dramatically cut emissions if we hope to keep temperature rise to no more than 1.5°C,” says Spitzer. “That’s why we are so excited RTC is going big on tackling this incredibly difficult challenge.”