A turning point for tigers

Thanks to one of the most ambitious conservation efforts in history, the big cats are making a comeback 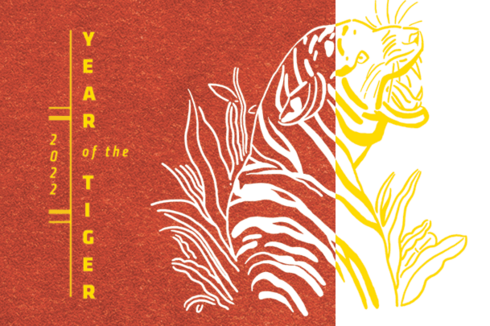 With a fearsome combination of stealth and strength, tigers hardly give off an impression of vulnerability. But shrinking habitats, increasing contact— and conflict—with people, and a booming illicit trade in tiger parts have driven these powerful predators to endangered status. By 2010, an estimated 3,200 tigers survived in the wild—a faint shadow of the roughly 100,000 that roamed Asia a century earlier. Today, the big cats are found in less than 5% of their historical range.

Yet as we usher in the lunar Year of the Tiger, there’s reason for hope. “Since tiger met man, the population has been in decline,” says Stuart Chapman, leader of WWF’s Tigers Alive initiative. “Until a moment about five years ago, when the population stabilized and began increasing.”

The turning point was no accident. 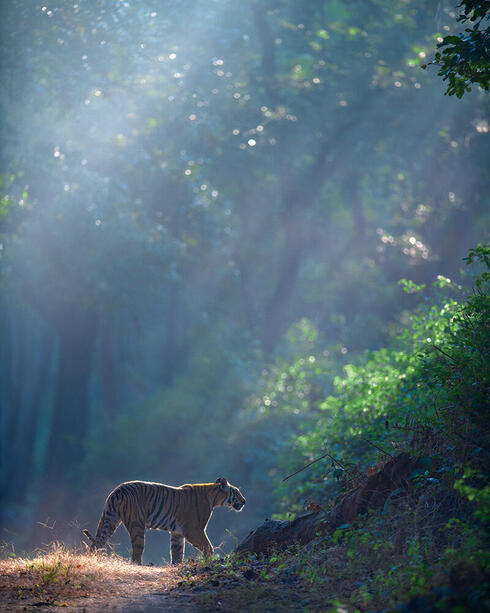 In 2010, the governments of the world’s 13 tiger range countries came together in St. Petersburg to create a blueprint for tiger recovery. With increased leadership from them—as well as support from conservation organizations, donors, and the communities who live in tiger territory—things are looking up for this culturally and ecologically significant species.

From that first-of-its-kind summit came an international commitment to double the number of wild tigers by 2022. Known as TX2, the initiative has always been an ambitious one, says Ginette Hemley, senior vice president of wildlife conservation at WWF. But not an impossible one. “The goal was grounded in innovative science,” she says. “WWF helped lead the way by developing the latest maps of where tigers existed and where they had potential for long-term survival, and by working with communities to develop a framework of strategies to address the threats.”

Those efforts are paying off. The last official population estimate, in 2016, showed tiger numbers had increased to around 3,900. India, which is home to more than 60% of the wild tiger population and is a global leader in tiger conservation, has seen significant growth in tiger numbers in the past decade. Populations are also on the upswing in Bhutan, China, Nepal, and Russia. The key in those countries is collaboration with local communities, as well as political commitment from the top tiers of government—backed up by adequate funding and resources. “High-level support for tigers is a game changer,” says Chapman. “Where that is in place, we’ve seen steady progress towards realizing TX2.” 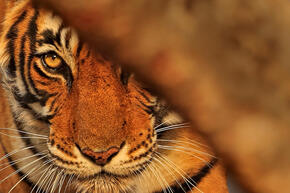 More to the story

Doubling down
Maps and data on tiger populations

Tiger timeline
From the turning point to the future

Yet in Southeast Asia, tigers remain in crisis. In the past 20 years, tigers are believed to have become extinct in Cambodia, Viet Nam, and Lao PDR. The population in Thailand appears to be stable, even increasing, but elsewhere numbers continue to fall. Across the region, significant threats remain. A growing human populace is squeezing large predators into smaller pockets. Meanwhile, a snaring crisis is stripping forests of wildlife, including tigers and their prey. And although the big cats are a protected species, there is a thriving illegal trade in their parts.

In short, there’s a lot more work left to do. WWF is addressing the challenges at every level—from supporting government initiatives to secure protected habitats and stop wildlife crimes to bolstering community-led efforts to help Indigenous peoples live with and protect the iconic cats in their midst.

Tiger counts are now underway in several range countries, and the next population estimate will be released at the second Global Tiger Summit in Vladivostok, Russia, in September of this year. It’s not expected that the global population will have hit that TX2 goal—yet. But there is real momentum, and doubling the population is within reach, says Hemley. “It’s not a question of whether we can get there, but when.”

Moreover, Chapman says, “if we can get living with tigers right, we have a formula not just for tiger conservation, but for conservation as a whole.”

On the following pages, discover a few of the strategies that WWF is employing to recover and protect tigers around the world.

The remarkable progress made since 2010 to secure a brighter future for wild tigers was made possible by many generous supporters, including those listed below. Thanks to their commitment, the world’s wild tiger population is showing signs of recovery, and we have a clear idea of what needs to be done over the next decade to continue supporting this trend.

Big cats depend on big habitats—an especially tough proposition in Asia, a continent that’s home to more than 60% of the world’s people and is experiencing rapid habitat loss and fragmentation. Tigers need undisturbed areas with access to clean water and ample prey; an individual tiger’s home range can extend hundreds of square miles. Given their habitatrequirements, most of the world’s surviving wild tigers now live within protected areas.

To ensure that protected areas are managed in ways that lead to effective tiger conservation, WWF helped support the development of the Conservation Assured|Tiger Standards (CA|TS). This framework contains a set of criteria for measuring and improving management of tiger conservation areas.

But because tiger ranges are increasingly overlapping with human-dominated landscapes, tiger conservation strategies must stretch far beyond parks and protected areas. Tigers need corridors through which to travel to stake out new territories and prevent inbreeding; conserving the connectivity of these corridors is crucial for protecting tigers in the long run. In some places, safe passages can be created by collaborating with local communities to restore natural forests. In areas where habitats have been degraded—crisscrossed with roads and infrastructure or transformed for agriculture or mining—enhancing connectivity might mean safeguarding other land uses, like sugarcane fields and rubber plantations, that tigers can pass through.

It often takes a combination of creative thinking and local partnerships to create a mosaic of safe spaces for tigers, says Ashley Brooks, who worked with the WWF Tigers Alive initiative on human-wildlife conflict issues. “We’re focusing a lot of our work outside protected areas to ensure we can maintain that connectivity,” he says.

IN RUSSIA’S LAND OF THE LEOPARD NATIONAL PARK, THE TIGER POPULATION HAS TRIPLED IN THE PAST 10 YEARS—TO 30, UP FROM 10 IN 2012.

Dedicated funding from the Russian government, with support from WWF, has allowed for increased antipoaching patrols and strategically placed camera traps and has helped secure the park’s official status as a wildlife corridor. In this well-connected landscape, Amur tigers can move freely across the border to China, increasing their access to food and potential mates and encouraging population growth on both sides of the border. 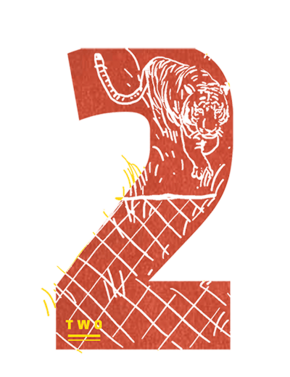 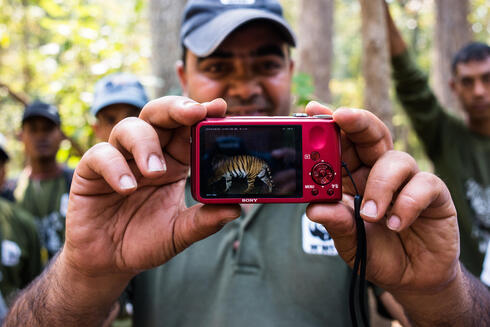 Pradeep Khanal, a field project officer for WWF-Nepal, shows off a tiger caught on camera in the Terai Arc landscape.

Tigers are culturally significant everywhere they live. That doesn’t mean they’re easy to live with. And as tiger populations recover, the big cats are more likely to have run-ins with humans. “Many protected areas in Asia are surrounded by a sea of humanity,” says Nilanga Jayasinghe, a WWF wildlife conservation manager focused on Asian species. “When tiger numbers increase, tigers move out of these areas in search of their own territories and then must often navigate through landscapes inhabited by people. That’s when they may get into conflict situations.”

But such conflicts aren’t inevitable. The WWF Tigers Alive initiative developed the SAFE Systems approach to reduce human-tiger conflict by minimizing risks to people and their assets and risks to wildlife and their habitats. Because the circumstances around human-wildlife conflict can vary widely from place to place, approaches to addressing it must be specific to each individual context, Jayasinghe says. In one village, the focus might be on minimizing livestock predation and preventing retaliatory killings by adding bright lights or predator-proof pens, combined with policies and compensation schemes that support communities when tigers do take livestock. Elsewhere, WWF might help people find alternative livelihoods that don’t require them to forage deep in tiger territory.

“In every case, WWF advocates for integrated, holistic approaches to managing human-wildlife conflict—approaches that should be monitored consistently to gauge their effectiveness,” says Jayasinghe. “Communities are very much essential partners in implementing these measures.”

Managing conflict also means focusing on the positive effects of tigers, not just the risks. Communities near protected tiger areas can earn income from ecotourism, for instance. It’s also important to help policy-makers recognize the less obvious benefits of habitat protection, such as clean water and climate change mitigation, says Hemley. “The people side of the equation is critical,” she says. “Unless we address the needs of people at the local level and really find ways for people and tigers to coexist, we won’t be successful long term.”

AN ESTIMATED 880 TIGERS LIVE ALONGSIDE MILLIONS OF PEOPLE IN AND AROUND THE TERAI ARC LANDSCAPE (TAL), A STRETCH OF 14 PROTECTED AREAS IN INDIA AND NEPAL.

To reduce human-wildlife conflict in this ecoregion, WWF-Nepal has helped build watchtowers from which people can spot approaching wildlife. WWF-Nepal also supports insurance programs that cover local people’s costs related to injuries received or livestock lost as a result of human-wildlife interactions. Together with other efforts, such as developing alternative livelihoods that decrease pressures on forests, these measures helped tiger numbers in the TAL’s protected areas climb 33% between 2014 and 2018. 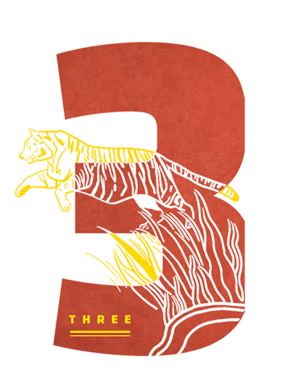 “In my village, when people are unemployed, they may resort to poaching, illegal logging, and other such activities due to their [economic] situation. This is why I believe it is so important that there are opportunities for employment.”

Together, poaching and the illegal tiger trade represent one of the biggest threats to tiger recovery. On average, parts and products from at least two tigers are seized from the illegal trade each week. Many more go undetected.

Tens of millions of snares are set each year in Southeast Asian forests, including inside protected areas. This snaring crisis is emptying forests of wildlife and indiscriminately killing both tigers and the prey they depend on. Every bit of the tiger body is in demand for uses ranging from ornamental tiger-skin rugs to folk medicine products like tiger bone wine.

“Tiger trade is like Whac-A-Mole. As soon as you clamp down in one place or one market, something else pops up,” says Leigh Henry, director of wildlife policy and wildlife conservation at WWF. To chip away at the problem, WWF approaches it from multiple angles, such as investing in community patrols to monitor protected areas and deter poachers and educating consumers to reduce demand for tiger products.

WWF is also working to put an end to tiger farms, Henry says. Illegal products made from captive-bred tigers are indistinguishable from those made from wild tigers, complicating enforcement and maintaining the market for tiger products. Meanwhile, the organization advocates for stronger wildlife crime prevention laws and for better enforcement of those laws.

“As long as there’s demand for tigers, they’ll be poached in the wild,” Henry says. “We’re working to ensure that wildlife crime is treated as a serious crime, offenders are prosecuted, and deterrent sentences are handed down.”

6,000
Number of tigers currently in captivity in China. The flow of tiger bones, skins, and other products derived from captive tigers perpetuates consumer demand for tiger parts, which in turn increases poaching pressures on wild tigers.

> 120
On average, number of illegally trafficked tigers (or their equivalent parts) that have been seized each year between 2000 and 2018, according to a recent report by WWF partner TRAFFIC.

30%
Percentage of tiger parts seized in trade from 2012 to 2015 that likely came from captive sources. WWF has successfully advocated for policies to end the illegal production, transport, and trade in tiger parts and is working to ensure the governments of China, Lao PDR, Thailand, and Viet Nam shut down their tiger farms.