Turning the lens on big cats living in Mumbai, India 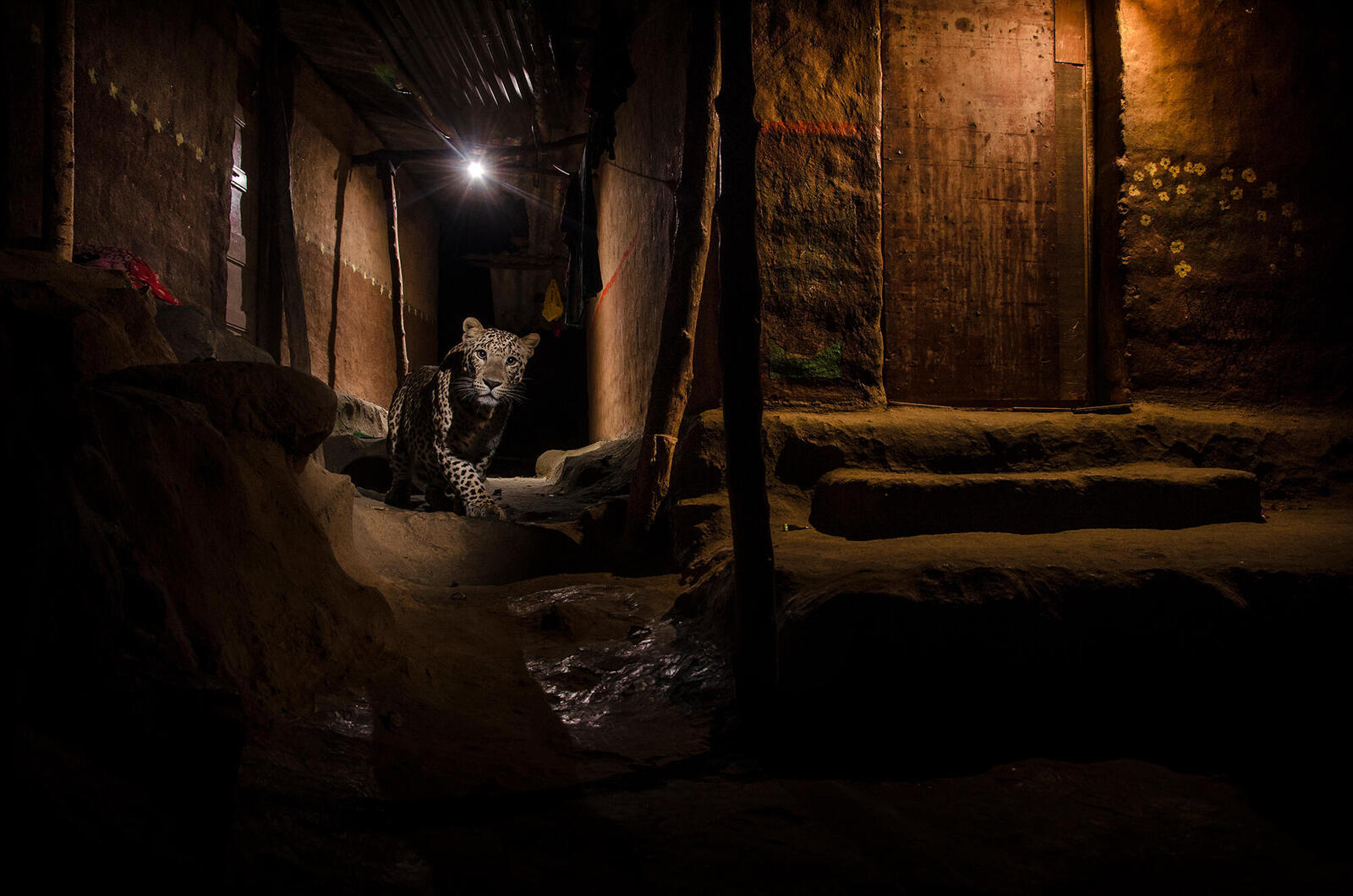 In India’s largest city, a big cat slowly pads its way through a narrow corridor that, just hours earlier, was bustling with people. This “urban leopard,” as I call it, lives in Aarey Colony, a small residential settlement that abuts Sanjay Gandhi National Park, where more than 50 wild leopards and almost 90,000 people cohabit.

I traveled to Aarey after hearing that human-leopard conflict there was rising. The city was split—long-standing residents with a history of coexisting peacefully with the leopards advocated for their protection, while newer residents wanted the animals relocated. I decided to document the unique relationship between humans and these felines.

To start, I set up a camera trap in an alleyway that six leopards were known to frequent. I also placed several infrared triggers that would snap photos when they detected movement. Despite this planning, for months I only captured images of leopards walking away from the lens. Just when I was starting to think I would never get the right angle, I got this amazing shot.

This photo shows how leopards have adapted to rapid development and growing populations. As the distance between cities and forests disappears, bringing people and wild animals into closer proximity, I think it’s our turn to adapt.