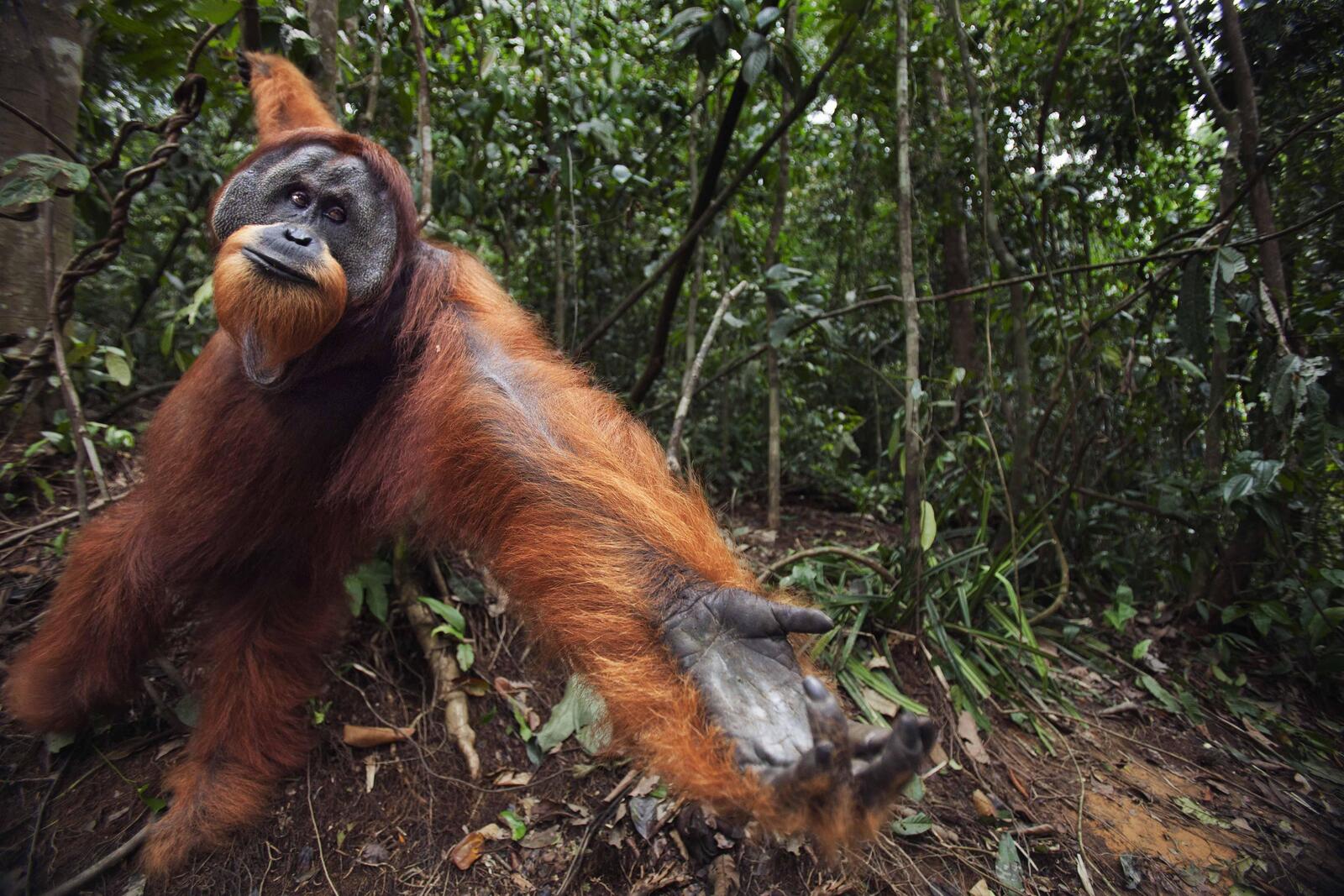 It’s hard to look at the lines crisscrossing an orangutan’s open palm without thinking of the human equivalent. Shape-wise, though, the ape’s long, narrow hand seems more comparable to a human foot—and functionally, it does a foot’s job.

Orangutans, the world’s largest tree-dwelling mammals, spend most of their time in the canopies of the tropical forests they call home. Trees are their sidewalks: they travel by climbing between branches or by making the branches themselves sway together, and their powerful hands do much of the grip work. Their scat disperses seeds from the hundreds of different fruits they eat—a critical process for maintaining the health of the rain forest.

But a different sort of palm is leaving less and less forest to move through on Borneo and Sumatra, the Southeast Asian islands where the world’s only orangutan populations live. Forest clearing for palm oil plantations and illegal logging are driving massive deforestation. That habitat destruction is exposing wildlife to more conflict with humans. Poaching for the illegal pet trade is also threatening orangutans.

Despite those struggles, last year brought hope for these great apes. A WWF-led survey in Borneo’s Sebangau National Park showed that its orangutan population of 6,000–9,000, likely the largest in the world, has remained stable. And orangutan numbers increased in Suka Jaya Makmur, a forest concession area in Borneo. WWF is working on both islands to promote sustainable farming and forestry and expand protected areas to strengthen the orangutan’s grip on survival.