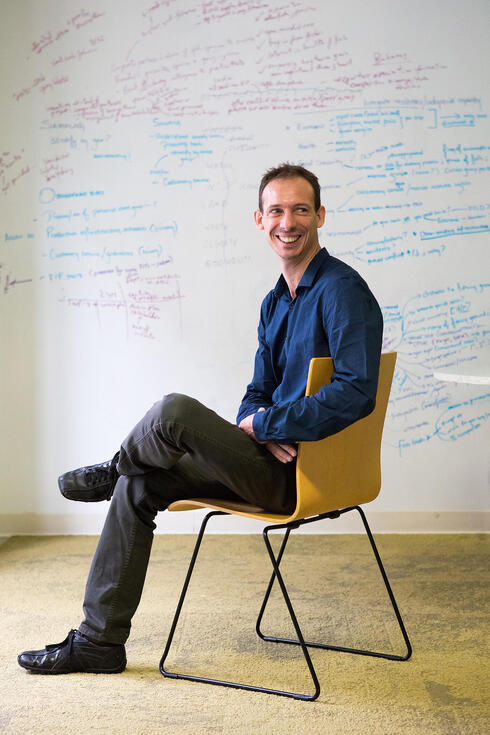 Arnaud Lyet is an expert in population modeling and biostatistics as applied to wildlife monitoring and conservation. As a senior wildlife conservation scientist for WWF, he works to identify, test, promote, and share innovative scientific approaches that help WWF tackle key conservation challenges. Previously, Arnaud worked in France as a wildlife ecologist. He received his PhD in conservation biology from the University of Montpellier, where his research focused on a rare and highly endangered mountain snake.

I’m a scientist on WWF’s wildlife team, and my role is to create models of wildlife populations. That may sound pretty simple: You count a bunch of animals and record the total. But the reality is that in conservation we rarely have the opportunity to find each animal in a population. (Sometimes it’s hard to find even one.) More often, we have indicators of wildlife presence—a track in the snow or a scratch on a tree—from which we model population numbers.

These signs can tell us a particular species is present in a particular spot, but it’s very difficult to know how many are present. But that’s what we need to know: how many there are and how the numbers are changing over time. Decreasing numbers might signal a threat that we need to mitigate. My job is to try to use a variety of techniques to turn those observations into numbers—to gauge the real state of animal populations in the wild. With credible information in hand, we can better assess wildlife population health.

I first became interested in population modeling about 20 years ago, when I was researching a snake in the Alps. The European meadow viper (Vipera ursinii)—on the IUCN Red List of Threatened Species—is typically no longer than 30 centimeters (just under 12 inches) and hides among rocks and vegetation, so it’s difficult to find. But not seeing something doesn’t mean it’s not there. Correcting that misconception could have a major impact on conservation.

So I started digging for methods we could use to improve our accuracy. Eventually I discovered a modeling approach that uses repeated visits to a site to estimate the probability of finding an animal. Using that approach, I was able to figure out the probability of finding the snake even at sites where I hadn’t seen it—and create an estimate of the snake population within a specific area. At WWF, we’re using that same method to monitor tiger populations and count rhinos.

Our monitoring work goes beyond just wildlife populations, though. In another project, we’ve been working with the University of Southern California on a modeling tool to help park rangers catch poachers. It starts with an algorithm that learns from observations made in the field, and predicts which areas are most likely to be invaded by poachers. Using that information, rangers can make decisions about where they deploy their teams to maximize the chances of finding both poachers and snares.

Another innovative approach to tracking and monitoring wildlife is the use of environmental DNA, or eDNA—genetic matter that can be gathered from water, soil, and other environmental samples. We have started testing it with polar bears, extracting and analyzing eDNA from their tracks in the snow. In one sample we found eDNA from a bear and from a seal (the bear’s most recent meal), as well as from a seagull that had been hovering over the sample site. So the eDNA from these few tracks in the snow told a whole story. And getting that eDNA was radically less invasive than darting bears from a helicopter and taking blood samples.

In the Himalayas, we are already training researchers how to test the eDNA approach on snow leopard tracks. And we’re considering how we can use it with other species—and how it could become useful for more than just wildlife monitoring.

For example, eDNA could help prevent some human-wildlife conflicts. Imagine the cases where polar bears come into villages to scrounge for food. We might take an eDNA sample from the snow around a trash can to identify an individual bear. If we repeat this sampling with subsequent trespassing bears, we can compare samples to find out whether we’re dealing with one repeat offender or a number of different bears. This could provide valuable information to help us prevent conflicts between polar bears and humans.

All of these techniques are being developed to reduce uncertainty about the real state of wildlife populations. In conservation, you need the most accurate information, gathered in the most cost-effective way, to provide the best protection for endangered species. And you want that information quickly, because populations can change quickly. Scientific modeling is a critical tool for making that happen. And that’s what gets the scientist in me out of bed in the morning.