A hue-shifting chameleon's island home is under threat 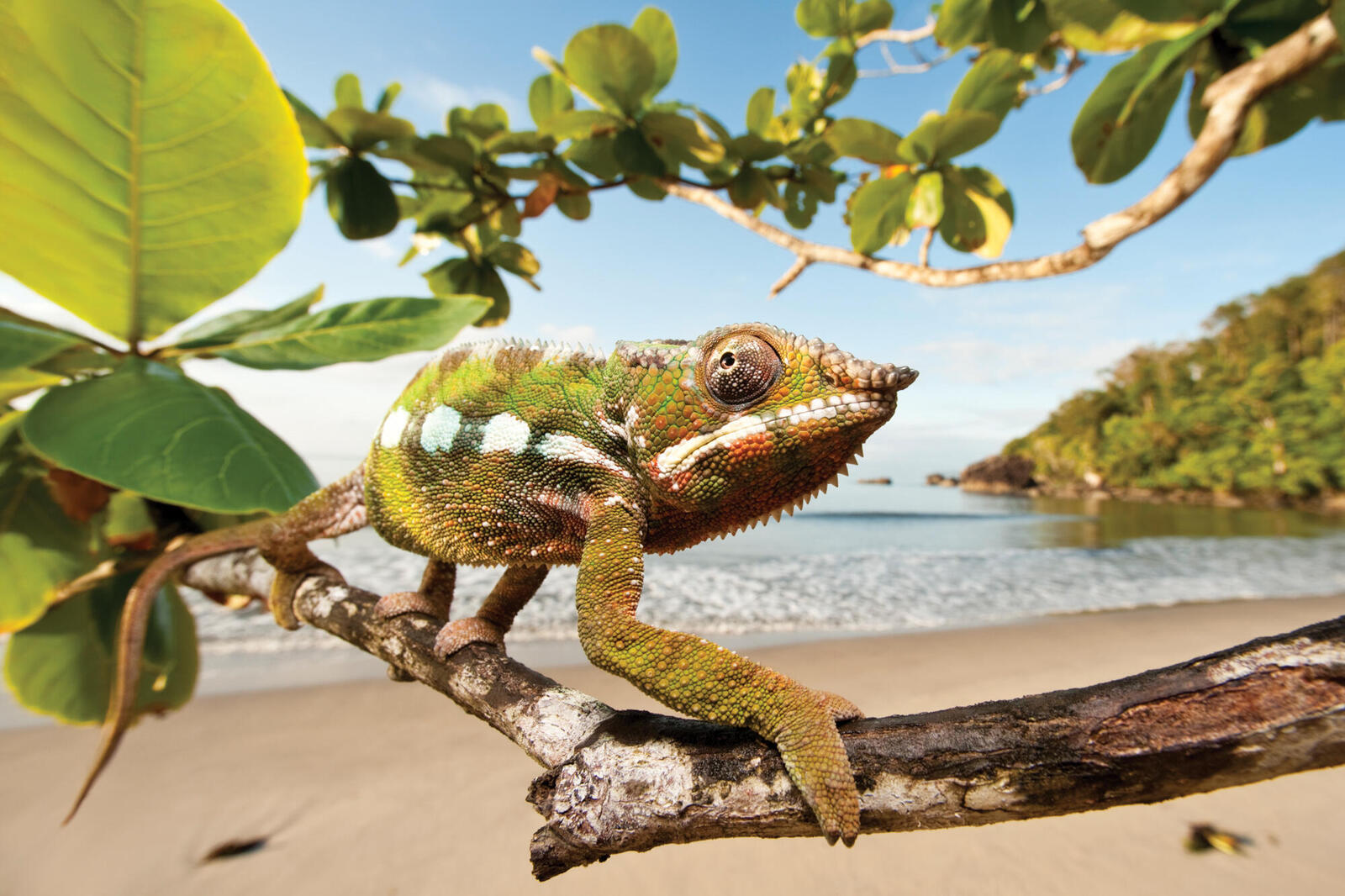 Panther chameleons (Furcifer panthera) are masters of disguise. By adjusting the distance between light-reflecting nanoscale crystals in their skin, these lizards can change their color and brightness, blending into their surroundings or exhibiting a colorful display. When relaxed, panther chameleons are naturally camouflaged to evade predators. But when aggressive or amorous, they undergo kaleidoscopic transformations, which help them defend their territory or attract mates.

Of the more than 200 known chameleon species, nearly half (including the panther chameleon) occur only on Madagascar—a 146-million-acre island nation off the east coast of Africa that has over 3,000 miles of coastline, harboring lush rain forests and the most extensive mangrove ecosystems in the Western Indian Ocean. The island is home to remarkable, unique biodiversity: Roughly 90% of its animals and plants are found nowhere else on Earth.

Unfortunately, threats to the island’s flora and fauna abound. Rampant forest clearing, illegal wildlife trade, and climate change have pushed several species, including some chameleons, to near extinction. To halt further losses and conserve the island’s natural resources, WWF is (1) working with the government to set new targets for sustainable development; (2) supporting projects to restore degraded forests and ecosystems; and (3) facilitating community trainings on ecotourism. This suite of undertakings, among other initiatives, will protect biodiversity as well as people’s health and livelihoods.