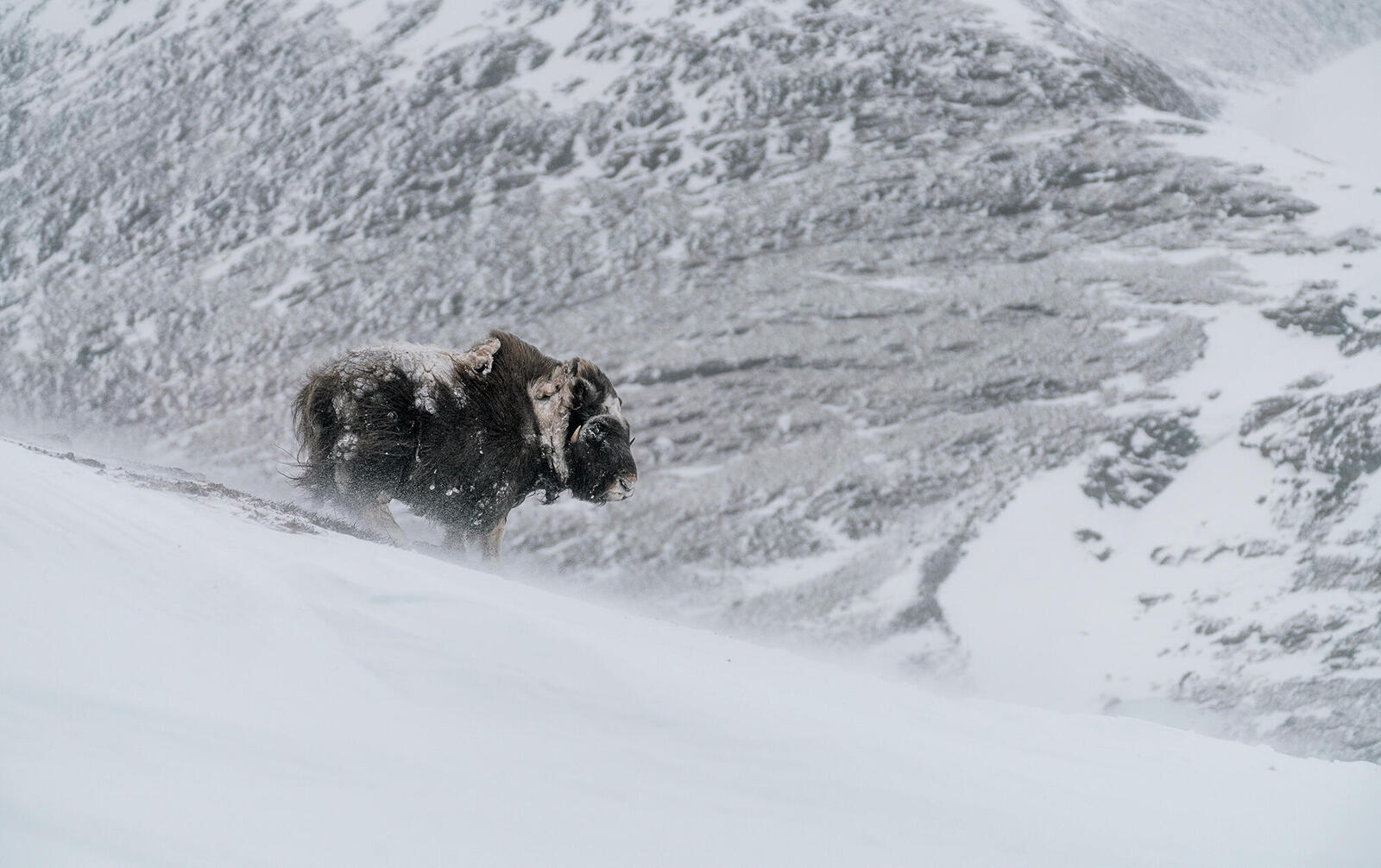 Hoping to photograph musk oxen, I bundle up in layers of clothing, pack my cameras, strap on my snowshoes, and trek into Norway’s Dovrefjell-Sunndalsfjella National Park. I use 400 mm telephoto lenses and natural light, which allow me to keep a safe distance from the large, furry animals and avoid drawing attention to myself. Photographing these oxen, which resemble the mammoths they once walked alongside, is a game of patience and strategy; I hold my cameras close to the warmth of my body so they don’t lose battery power.

As I’ve learned to withstand the violent storms here, I’ve admired how strong musk oxen are. In the winter, they live for over four months in complete darkness, in temperatures that reach -76°F. They are built for these conditions, but the climate crisis is altering their ecosystem. As average temperatures rise, more precipitation falls as rain and freezes, trapping their food under ice; the possibility of new parasites spreading disease among their herds also increases.

To shoot this photo, I intentionally headed out into an intense storm, bracing myself against the winds and snow, to capture the musk oxen’s beauty and resilience despite their extreme and ever-changing environment. I hope that this image of a magnificent Ice Age creature moves more people to become involved in solving the climate crisis to protect this ancient species.