Pamela Matson on Conservation as a Living Discipline

A report from WWF Board of Directors vice chair 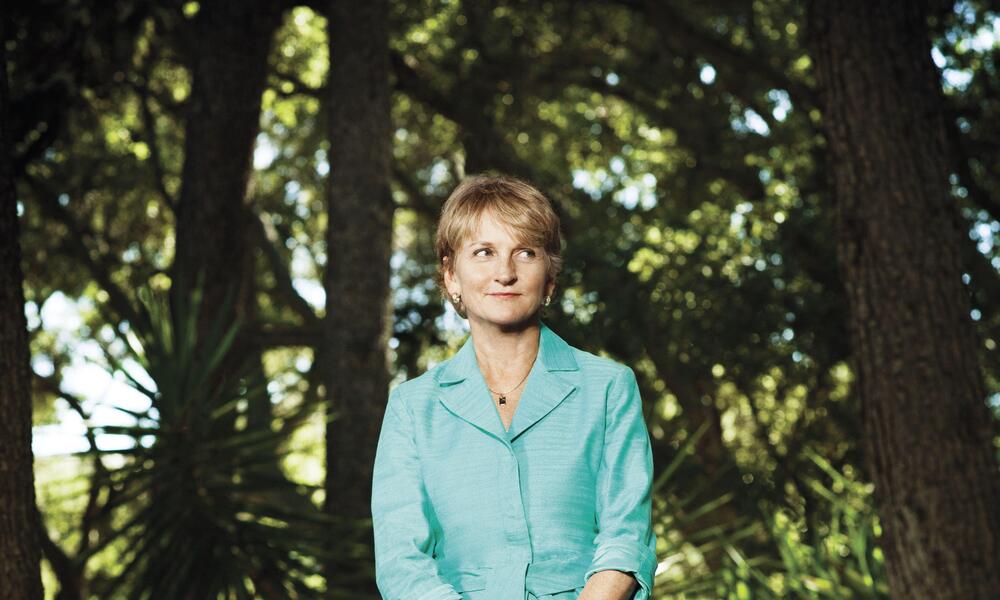 If World Wildlife Fund’s approach to conservation could be embodied in a single person, it just might be Pamela Matson. Matson—an ecosystem ecologist, dean of Stanford’s School of Earth Sciences, and MacArthur Fellow— articulates a progression in her professional life that bears striking similarities to the evolution of WWF’s conservation philosophy.

A Wisconsin native, Matson grew up looking forward to summers spent visiting national parks. “Every summer, we’d head across the Dakotas, Wyoming and Montana, and go to Yellowstone, Glacier National Park or the Grand Tetons,” she says. “Some might find those long drives boring, but I remember just loving it, looking out across the grasslands and being fascinated by what I saw.”

That childhood love of open spaces segued into a heightened awareness of the nascent environmental movement in the late 1960s and early 1970s, laying the foundation for Matson’s career pursuits.

"Environmental concerns had become quite noticeable, and I think that’s what got me going in my career—that I cared about how humans affect and are affected by our environment,” she says.

“Environmental concerns had become quite noticeable, and I think that's what got me going in my career—that I cared about how humans affect and are affected by our environment.”

Matson started out as an ecosystem ecologist, working in the Amazon, Panama and Costa Rica. Her research focused on whole ecosystems and how the pieces worked together—how the trees, water, soil, plants, animals and humans were all part of the same system, and ultimately must be managed and protected as a whole.

“You might not think an ecosystem ecologist would have a role in an organization that’s known for its efforts to protect critical species,” says Matson, “but in fact WWF and I are very much in tune. A panda is only as healthy as the ecosystem in which it lives.”

That understanding of interconnected systems led Matson to “a pretty major conversion.” After decades of studying how human activities were affecting ecosystems, she shifted to being what she describes as a “sustainability scientist.” Her focus now is on how to better manage the interaction between humanity and nature, so that the needs of both can be met.

That switch in focus was echoed at WWF. From a relatively singular focus on protecting species, WWF’s lens expanded to include the ecosystems and habitats needed to support those species, and then to a realization that, as Matson says, “If we don’t work out the people part of it, it’s not going to work out at all.”  This progression is emblematic of one of conservation’s greatest truths: it is a living discipline.

Matson refers to the sustainability science she and WWF practice as “use-inspired research,” an approach that includes not only research that leads to discoveries about how the world works, but that also provides information essential to helping decision makers make good decisions.

“That’s one of the reasons it’s so important for WWF to have scientists on staff, helping to connect the organization with the broader scientific community and to motivate use-inspired research, and also to take the best research that’s being done and bring it in to use,” Matson says.

And can we expect any more career evolutions from Dr. Matson? “Well, you never know,” she says, laughing. “The world is changing rapidly, so we’d better be able to change, too.”