The sounds and silences of floating down the Amazon 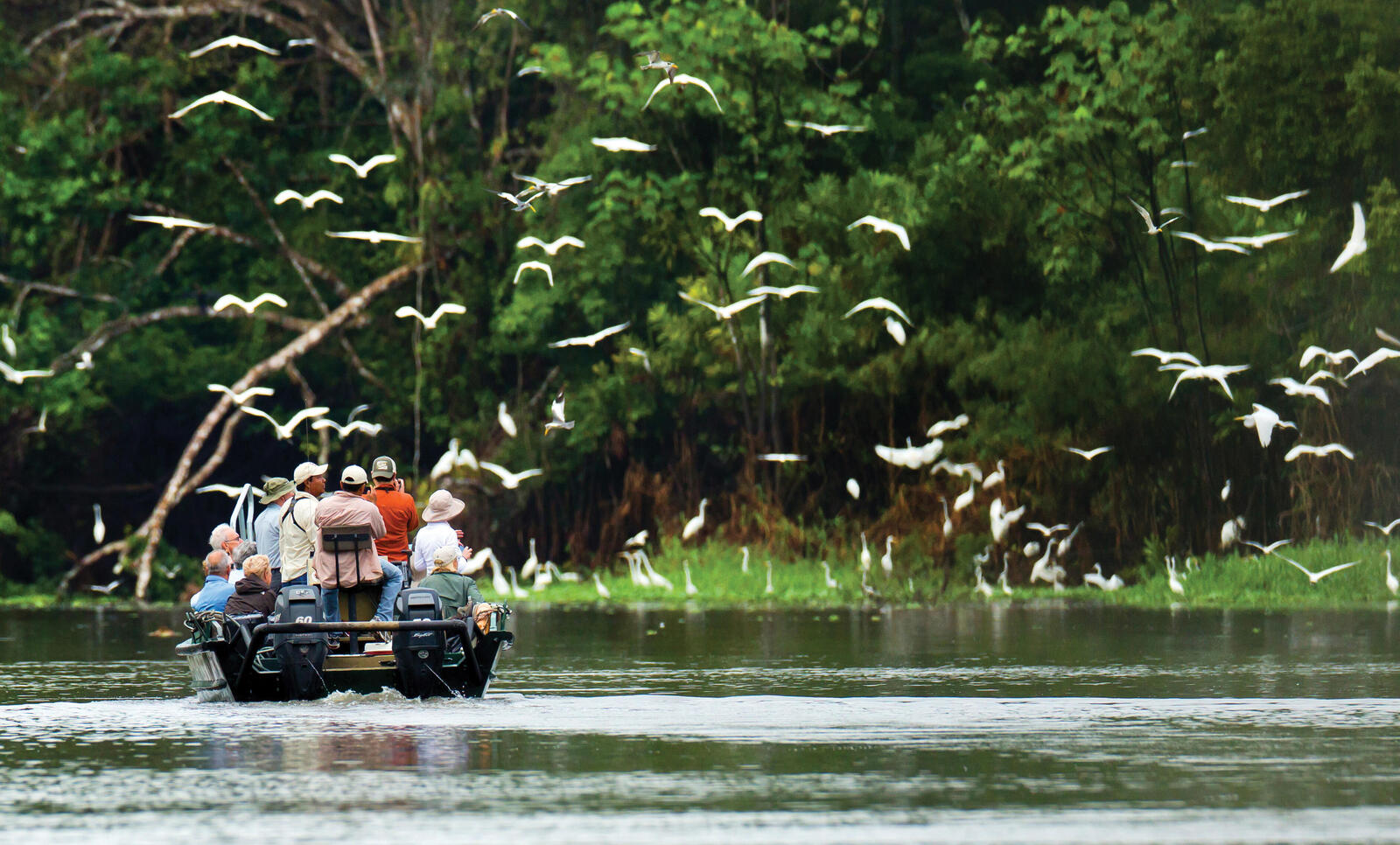 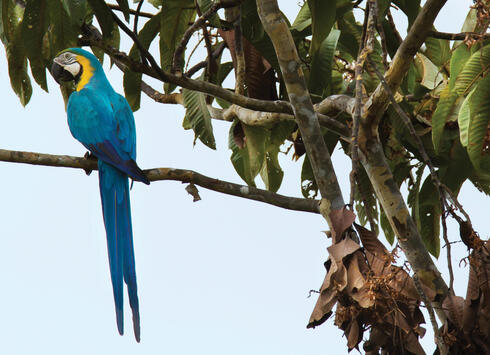 The water lapping at the bottom of the boat was barely audible over the sounds cascading from the trees. It was the dead of night, and every sense I typically use to orient myself was rendered useless. Even the constellations above appeared altered or unfamiliar. So I sat silently, drifting in the dark down the murky Amazon River.

Luckily this night float was by design. I was with a small group of ecotourists on a trip that began in Iquitos, Peru, and cruised hundreds of miles up and down the river—the romanticized version of which includes man-eating piranha, prowling jaguars and indigenous people cut off completely from the outside world.

And although our experiences aboard La Estrella Amazonica were very different from the ones I had imagined, they were no less spectacular. We swam among the piranha in tannin-dark backwaters and forest tributaries, but the swarming attack never came. And while the jaguar remained elusive, other Amazon wildlife exploded with color and seemed to leap from every tree and burst through every cloud. Fish swam around our feet as we dangled our legs over the edge of small skiffs. The people we encountered in the tiny villages that bespeckle the banks of the river were warm and engaging in a way that tells a story more of inclusion than of isolation.

Thatched roofs, hand-carved canoes and soccer balls dotted the riverbanks. I sat beneath one of those thatched roofs with a local shaman as he performed a blessing for me. As I closed my eyes and allowed the smoke to roll over my head, the darkness closed in. It was as if I could hear the animals talking to me from the trees. I could have sworn I felt the ground give way and I was back on the river, silently floating through the night.