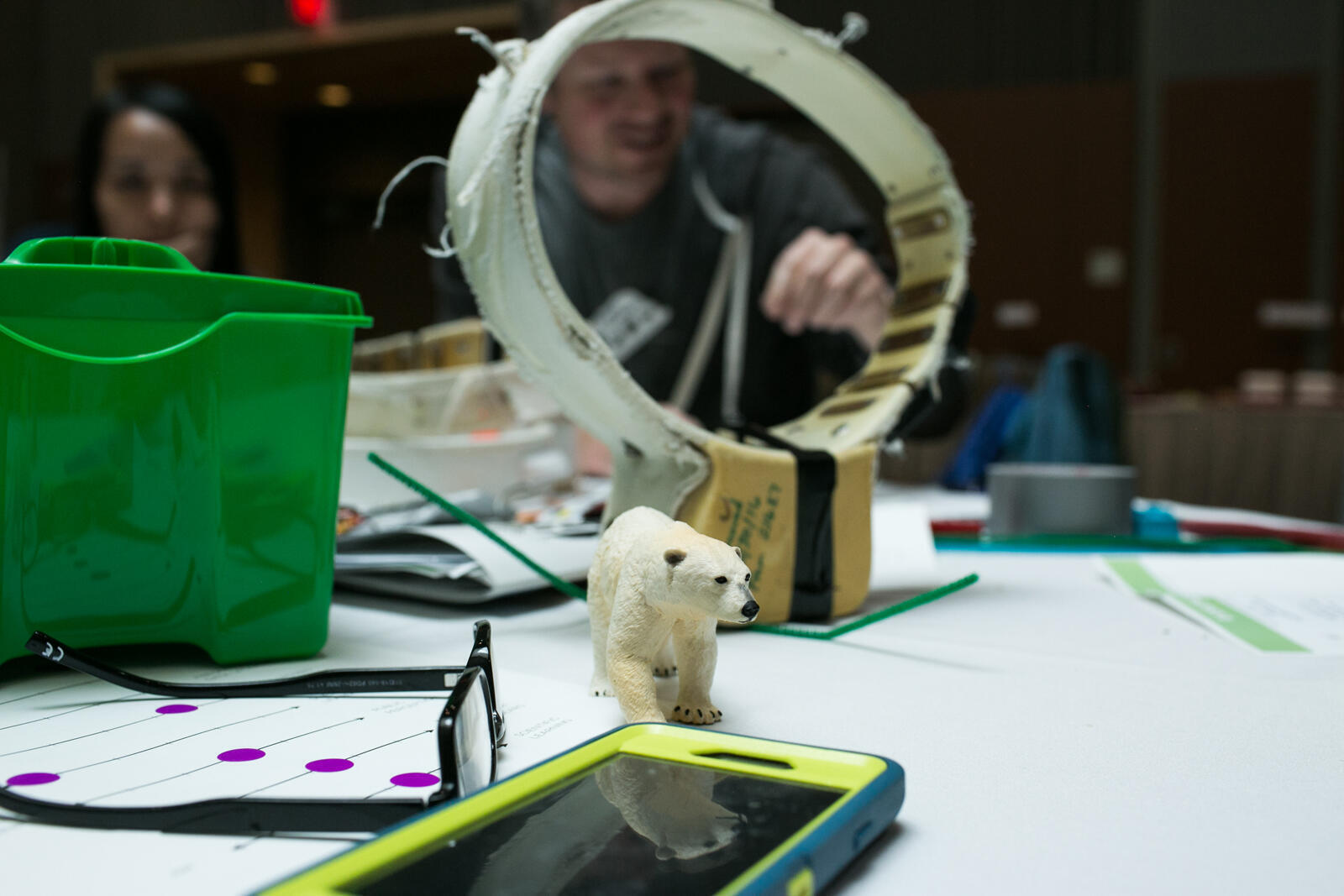 When WWF polar bear expert Elisabeth Kruger was organizing a workshop to brainstorm new designs for polar bear tracking devices, she wanted to make sure the event generated the most interesting, unexpected, and—hopefully—groundbreaking designs possible. And she wanted facilitators who could get people thinking creatively. So Kruger reached out to global design firm IDEO with an invitation: Would their staff lead the process?

“They were so excited by the idea that they offered to donate their services,” Kruger says.

Reinvention of the tracking technology was long overdue. The collars currently used to track polar bears haven’t been significantly updated since the 1980s. The devices can only be used on adult females; males’ necks are so thick in proportion to their heads that the collars would easily slip off. And, due to factors such as the Arctic’s harsh conditions and the bears’ rough behavior, the collars frequently malfunction. The June 2016 workshop aimed to find something better.

At the workshop, the IDEO facilitators handed out pipe cleaners, Legos, modeling clay, and miniature polar bear figurines. They told the participants—who ranged from biologists to zoo employees to Alaska Native stakeholders—to start creating, and served as design coaches throughout the process. Several battered-looking satellite collars lay scattered around the tables, serving as reminders of what to avoid this time around.

By the end of the day, the group had settled on ear tags as the best possibility—and four zoos had volunteered their captive polar bears as future test subjects. Now, Kruger says, many of the participants have joined a working group to keep the ear tag idea moving forward.

“People are really excited to create something new,” Kruger says, “rather than just trying to make do with what they have.”