Capturing a rare moment with a hummingbird in the Andes 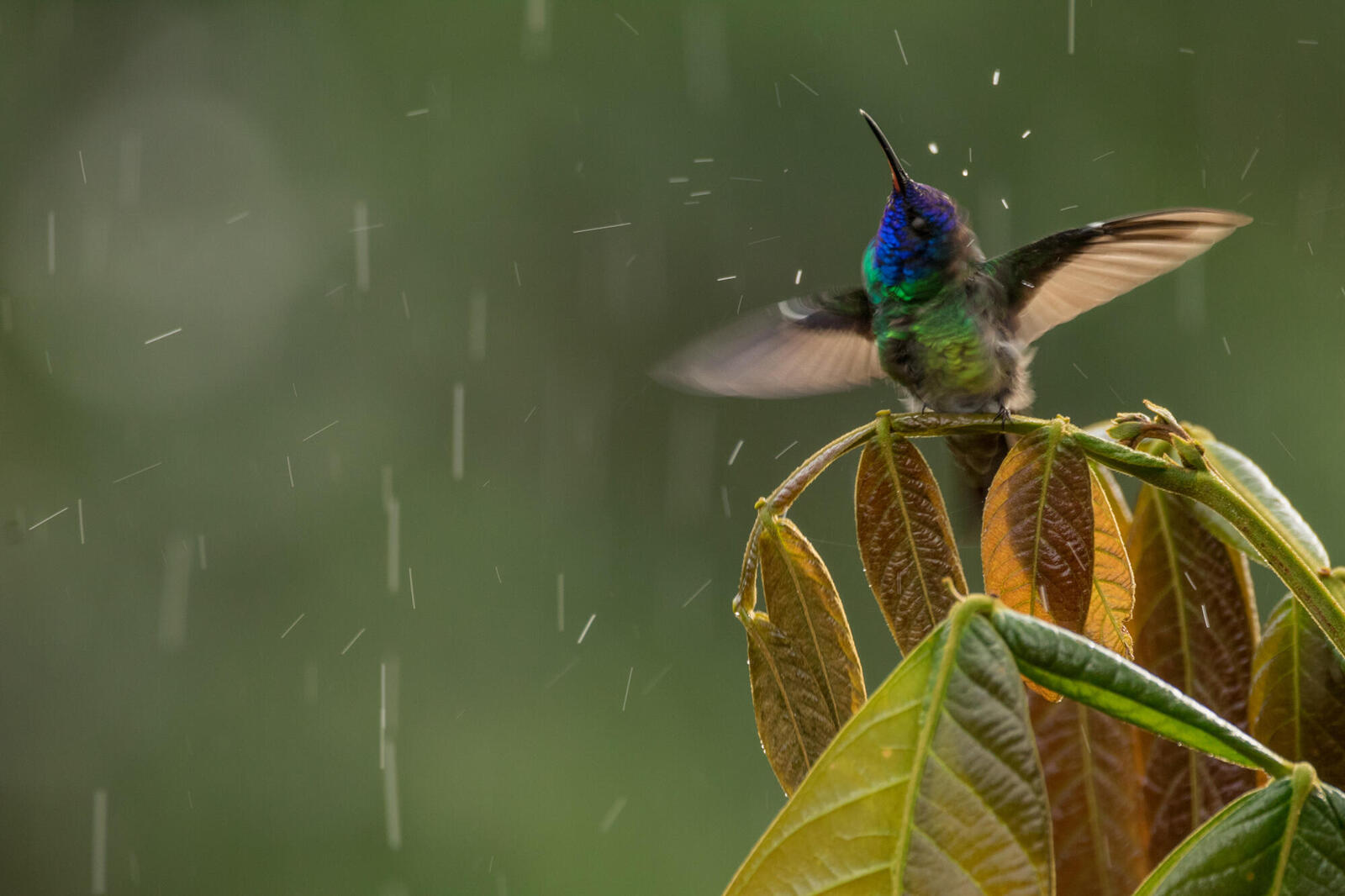 Hummingbirds—with their gorgeous feathers, cool beak and tail shapes, and the ability to fly backward and upside down—are one of my favorite bird groups. They beat their wings between 10 and 80 times per second, depending on the species, which makes them amazing to watch but difficult to photograph.

In March 2018, I led a three-day photography trip to the eastern slopes of the Ecuadorian Andes, a region known for its beautiful hummingbirds. One day while I was out shooting, it started raining, and I was about to pack up my camera. But there were a lot of hummingbirds flying around, and I wanted to see if I could get a shot of one with the rain in the background.

I pointed my camera at a hummingbird perched on a nearby tree and began shooting photos. After several tries, I looked at my screen and was speechless: There was a picture of a Golden-tailed Sapphire (Chrysuronia oenone) shaking the water off its tiny body. I’ve seen hummingbirds do that before, but never thought I’d be able to capture it in a photograph. Clearly, the wait had been more than worth it.