In the UK, restoring seagrasses to boost biodiversity and ocean health 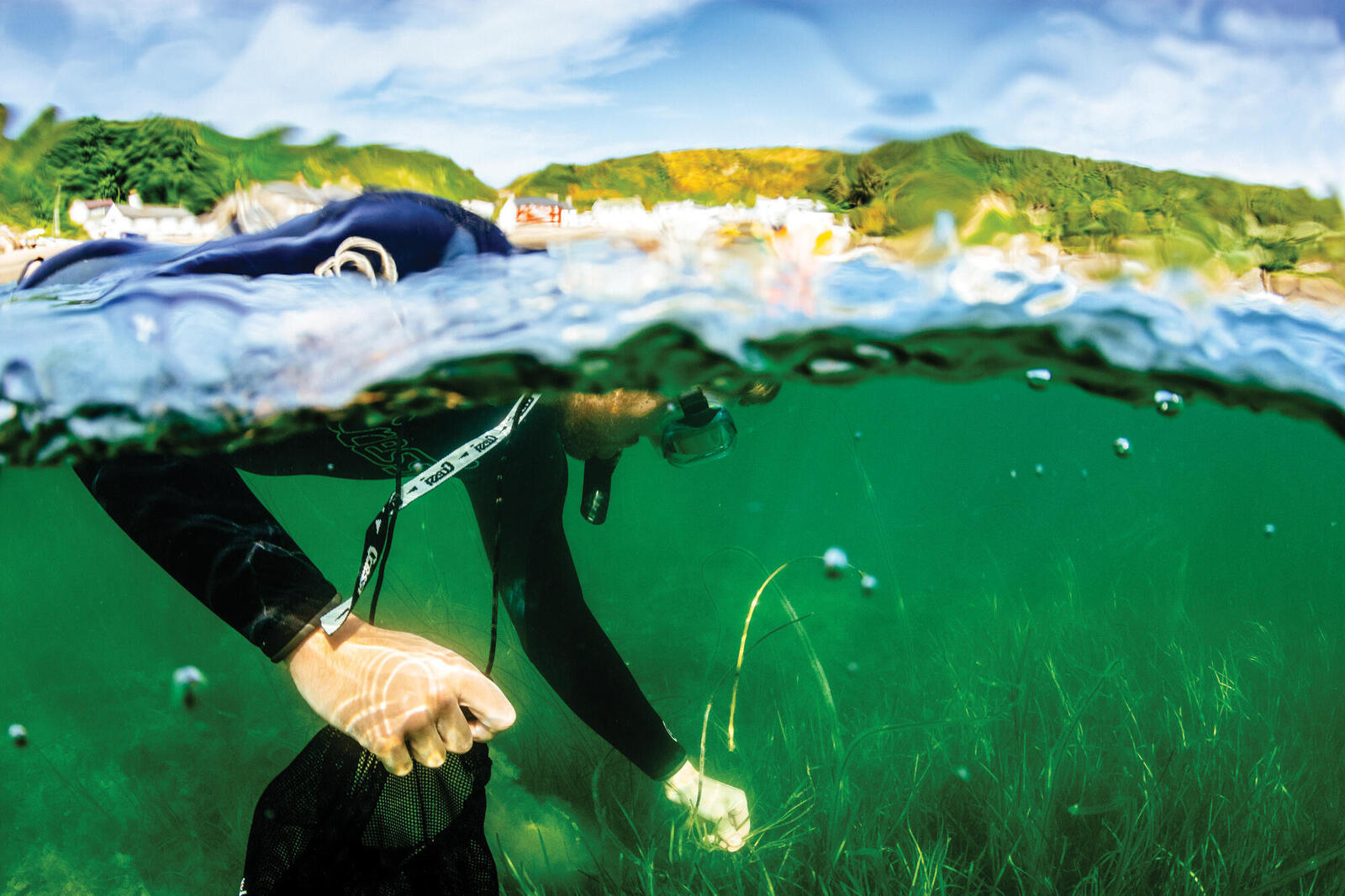 On a clear, sunny morning in August 2019, a snorkeler waded into the chilly sea off the coast of North Wales. Beneath him, an expanse of seagrass grew in every direction. He swam toward the seafloor, plucked a handful of seed-bearing stems, and then placed his quarry in a mesh bag and repeated the process.

The snorkeler, a local volunteer, was joining in efforts to collect 1 million seagrass seeds, the first stage in the largest seagrass restoration project ever undertaken in the UK. Seagrasses protect coastlines from erosion, absorb harmful pollutants, and provide safe nursing grounds for species from codfish to seahorses. Able to sequester carbon at 35 times the rate of rain forests, they’re also an astonishingly effective buffer against climate change. But in the UK, around 92% of seagrass meadows have been lost.

“Luckily, the science behind seagrass restoration is simple,” says Ricardo Zanre, a marine program manager for WWF-UK’s Seagrass Ocean Rescue. “It’s just like underwater gardening.” Once collected, seeds are mixed with sand, placed in burlap sacks, and sown across a seagrass bed in South Wales, where seagrasses had disappeared due to water pollution, industrial development, and boating and fishing activity. Because the area’s water quality has now improved, the seeds will soon sprout through the sacks, forming a sprawling meadow.

A partnership with Sky Ocean Rescue and Swansea University, the WWF project aims to restore a total of around five acres of seagrass this year. Eventually, Zanre says, this work could provide a replicable model for restoring seagrass meadows throughout the UK—a nature-based solution that would help address the climate emergency while benefiting fisheries and coastal livelihoods.