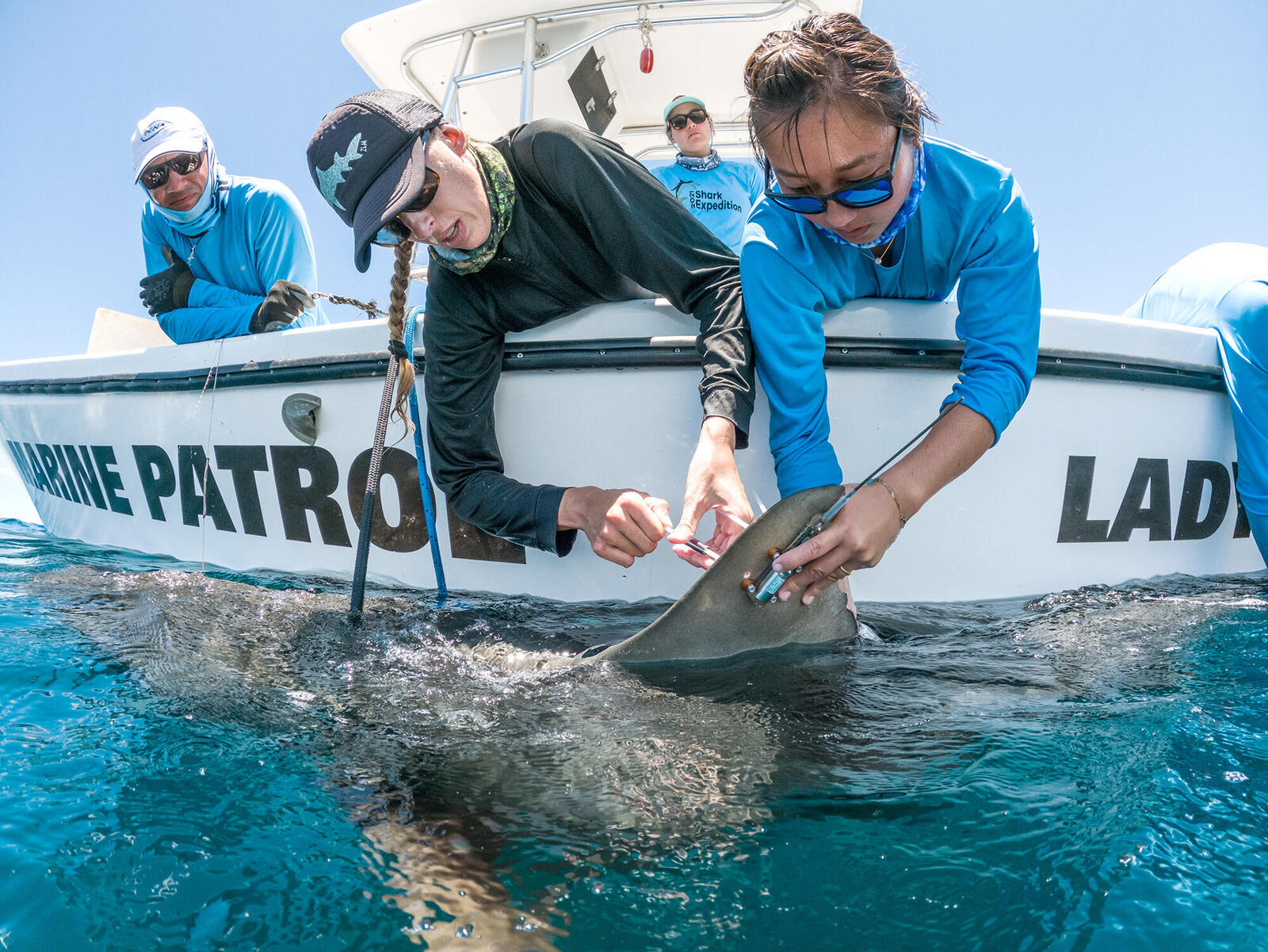 “Shark on the line!”

These four words were music to Arjan de Groene’s ears as he bobbed in a boat in the Dutch Caribbean. After waiting an hour for a shark to take the bait, the WWF marine biologist and a small crew quickly set to work performing an ultrasound on the female, fitting her with a satellite transmitter, and collecting DNA samples before slipping her back into the sea.

The team’s efforts were part of a study to assess the reproductive cycles of tiger sharks on the Saba Bank, a 1,034 sq. mi. national marine park with an extensive coral reef and abundant marine life. Their primary question: Do the sharks, which are impacted by overfishing and habitat degradation, use the protected area as a breeding ground?

During the weeklong expedition in August 2021, researchers from the Dutch Caribbean Nature Alliance—with support from WWF-Netherlands—caught and analyzed a total of 16 tiger sharks; of those, one was pregnant. They also satellite tagged five sharks so they could track the animals’ migration routes.

De Groene says the overall study provided crucial insights about when and where the sharks breed and give birth—data he hopes will help guide the creation of expanded protected shark sanctuaries and strengthen marine conservation policies across the Dutch Caribbean, a critical move for ensuring the long-term health of sharks and their ocean habitat.