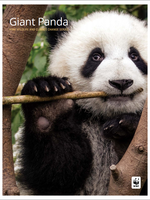 GIANT PANDA (Ailuropoda melanoleuca) population numbers have begun to increase in parts of their range, but their overall population size still remains very small, and only 6 populations have more than 100 individuals. This, coupled with a long generation time and low reproductive rate, will limit their ability to adapt to a changing climate.

Bamboo makes up almost 90% of their diet, and may itself be quite vulnerable in a changing climate. It is subject to periodic, synchronous flowering and die-off, forcing giant pandas to relocate to areas with healthy bamboo. Bamboo has a slow colonization rate, and may not be able to shift to higher elevations or latitudes at the same rate as giant pandas might.

Human activities such as agriculture, logging, and infrastructure development also pose a big threat. Giant pandas have been allowed to persist only at elevations higher than land that can be used for productive agriculture. However, as the agricultural value of land in current panda habitat increases under a changing climate, activities like growing crops and grazing livestock may further encroach on their habitat.

Priorities for climate-informed giant panda conservation should include maintaining and increasing suitable, connected habitat, and restoration of habitat with bamboo species or genotypes which are adapted to a warmer climate. It is also essential to help people adapt to the changing climate, and minimize habitat loss and fragmentation caused by agriculture and other land uses. 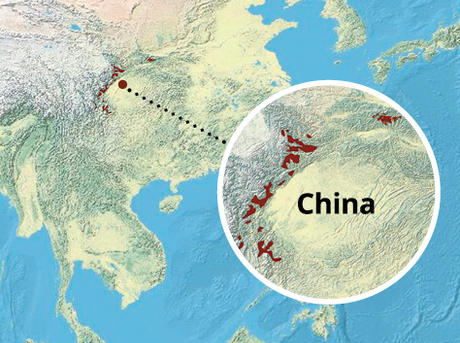