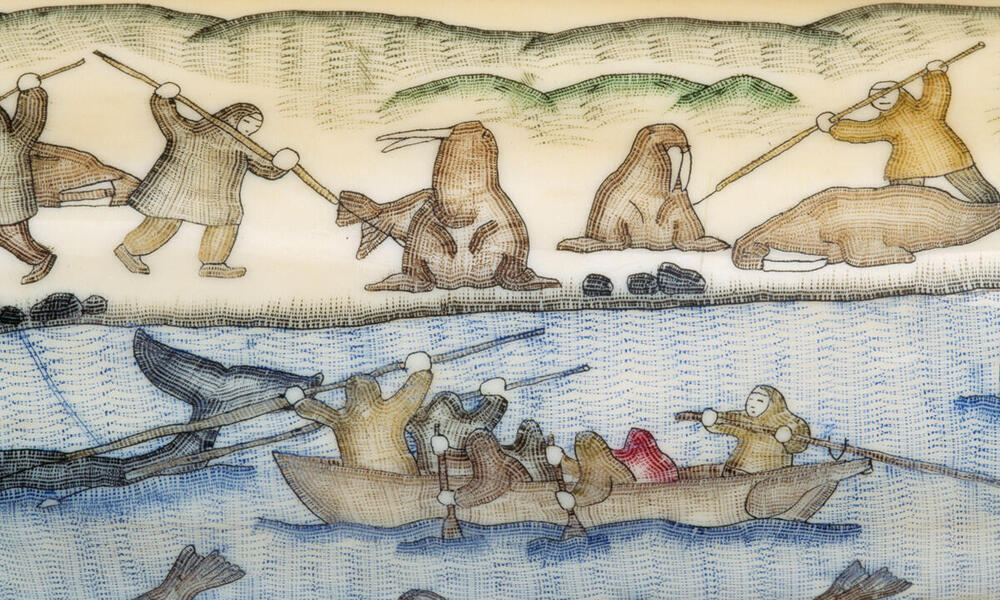 Around the Arctic many remote Indigenous communities depend on walrus for subsistence purposes. Walrus are culturally, spiritually, and economically important for these communities, and the tusks are often carved into jewelry and artwork. WWF recognizes that Indigenous Peoples are among the Earth’s most important stewards of natural resources. We respect Indigenous and traditional Peoples’ human and development rights and recognize the importance of conserving their cultures.

In the United States, Alaska Native peoples practice of harvesting marine mammals such as Pacific walrus, and utilizing their parts for handicrafts, is protected by federal law.* Alaska's walrus populations are co-managed by the Eskimo Walrus Commission and the U.S. Fish and Wildlife Service. WWF encourages decision makers to contact these co-management entities prior to enacting any legislation affecting use and sale of walrus ivory.

In her 2016 testimony for the field hearing of the Senate Environment and Public Works Subcommittee on Fisheries, Water and Wildlife, WWF Arctic Program Managing Director Margaret Williams said, “WWF encourages state governments to consider the federal approach in their state-by-state regulations and to engage with Alaska Native subsistence users when considering potential regulations along these lines in order to avoid unintended outcomes.”

WWF often communicates about ivory in our efforts to end unsustainable poaching of elephants for their tusks. In these communications pieces, WWF is referring to elephant ivory when using the term "ivory," unless otherwise specified. WWF tries to make this clear but recognizes the word "ivory" can include material from several species in addition to elephants, including mastodon and mammoth tusks, hippopotamus teeth, narwhal tusks, and walrus tusks. These types of ivory are not covered by the US federal elephant ivory ban although they may be subject to other trade regulations (such as CITES).

To help wildlife inspectors, law enforcement, and researchers distinguish between different types of ivory and help identify illegally trafficked ivory products, WWF published the Identification Guide for Ivory and Ivory Substitutes, at the request of, and funded by, the Convention on International Trade in Endangered Species of Wild Fauna and Flora (CITES), in partnership with TRAFFIC and ivory identification experts from the USFWS Forensic Laboratory. It serves as an objective, scientific resource for identifying the most commonly found ivories and artificial substitutes in trade.