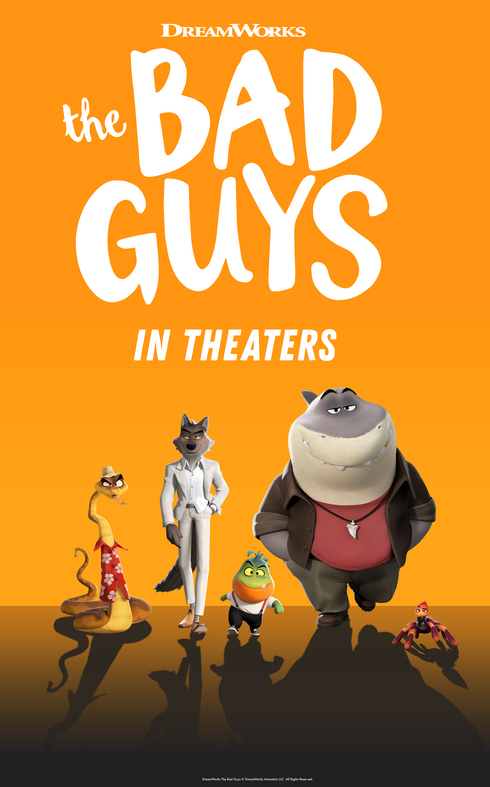 In celebration of the new movie The Bad Guys, a film about five animal outlaws aiming to go good, WWF and DreamWorks Animation have teamed up to raise awareness about the plight of the real wildlife depicted in the film. The Bad Guys tells the story of Mr. Wolf, Mr. Snake, Mr. Piranha, Mr. Shark, and Ms. Tarantula and their attempt to become model citizens.

The movie may call these animals “The Bad Guys,” but when it comes to roles in their natural ecosystem, animals like wolves, sharks, snakes, tarantulas, and piranhas do a lot of good. In fact, all organisms play a valuable role in keeping their native ecosystems balanced and thriving.

While WWF works to protect wolves, snakes, piranhas, sharks, tarantulas, and other wildlife and their habitats, DreamWorks Animation takes viewers on an adventure with these misunderstood creatures.

DreamWorks Animation’s movie The Bad Guys is an action-packed comedy centering on traditionally vilified creatures. Though they’re depicted as criminals in the movie, the reality is that these animals—along with many other species—are often victims of the illegal wildlife trade. WWF and our partners are working to protect species, stop the illegal wildlife trade, and keep ecosystems intact. Our work with the private sector, law enforcement, policymakers, and consumers aims to collaboratively protect and reduce wildlife trafficking. Whether it's through the Internet and app-based platforms in our Coalition to End Wildlife Trafficking Online, or working to strengthen laws that protect wildlife, we rely on partnerships and local communities who live alongside these species to help ensure a future for all animals—even the most misunderstood.

Here are just a few ways illegal activity threatens some of the animals represented in the movie:

You can help protect wildlife

Everyone has a role to play in protecting animals and ending the illegal wildlife trade. Remember, if you get a new pet, know where it came from. And never release a pet into the wild, even if you can no longer keep them.

You can also help stop the illegal wildlife trade online. Click the orange button below to learn more about the Coalition to End Wildlife Trafficking and how to report endangered wildlife that you see for sale on social media and e-commerce apps.

Make a gift to WWF's global conservation efforts and choose a symbolic adoption kit featuring wildlife from the film.