The Congo Basin makes up one of the most important wilderness areas left on Earth. At 500 million acres, it is larger than the state of Alaska and stands as the world’s second-largest tropical forest.

There are approximately 10, 000 species of tropical plants in the Congo Basin and 30 percent are unique to the region. Endangered wildlife, including forest elephants, chimpanzees, bonobos, and lowland and mountain gorillas inhabit the lush forests. 400 other species of mammals, 1,000 species of birds and 700 species of fish can also be found here.

The Congo Basin has been inhabited by humans for more than 50,000 years and it provides food, fresh water and shelter to more than 75 million people. Nearly 150 distinct ethnic groups exist and the region’s Ba’Aka people are among the most well known representatives of an ancient hunter-gatherer lifestyle. Their lives and well-being are linked intimately with the forest.

A baby gorilla and a slew of newborn African forest elephants were spotted in the Dzanga-Sangha Protected Areas complex—a biodiversity hotspot that’s home to an incredible range of wildlife from bongos to forest buffalo. 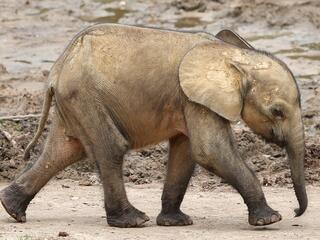 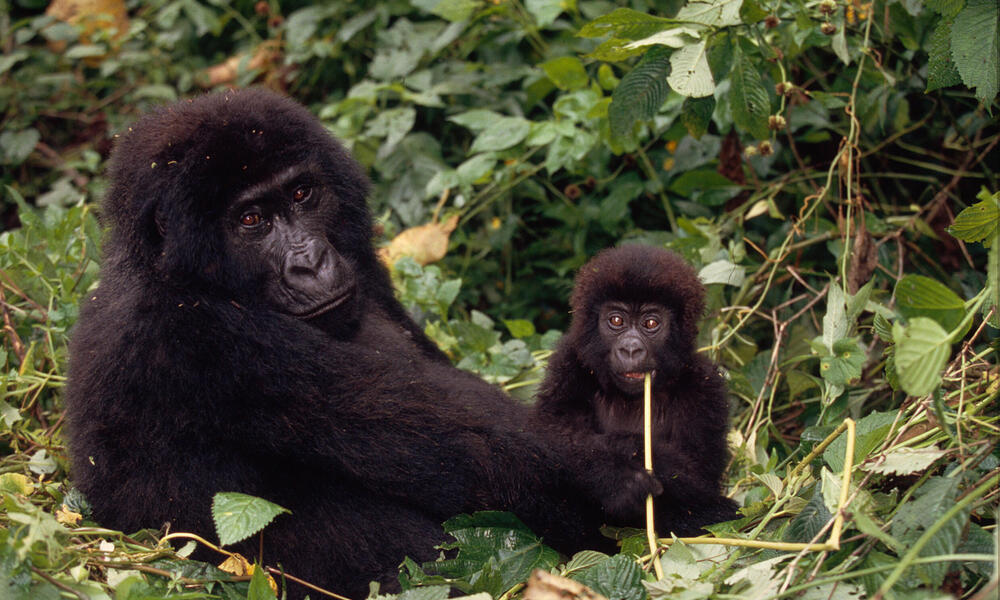 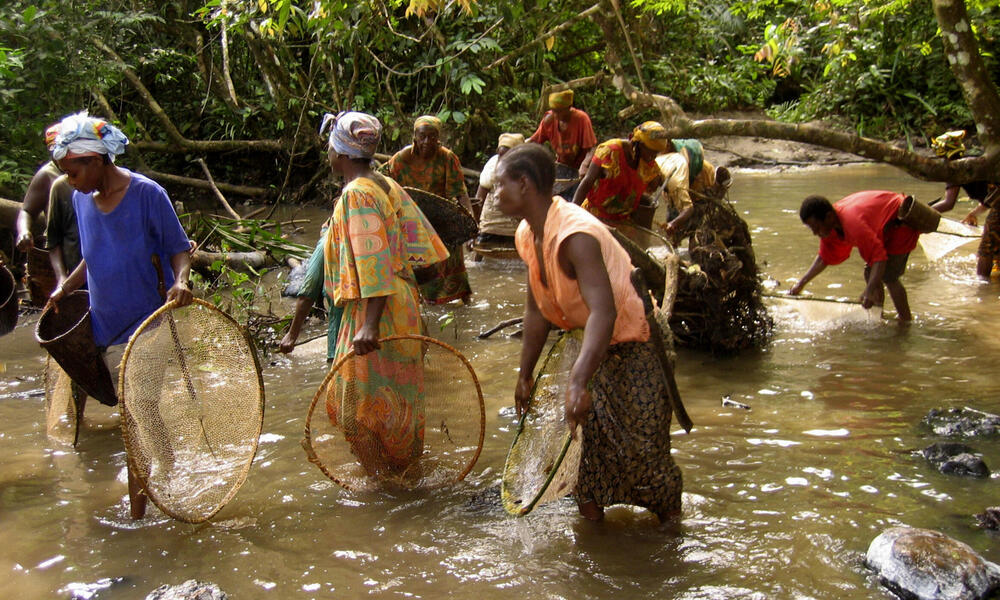 Humans have inhabited the forests of the Congo Basin for tens of thousands of years. Today, the Congo Basin provides food, medicine, water, materials and shelter for over 75 million people. Among some 150 different ethnic groups, the Ba'Aka, BaKa, BaMbuti, Efe and other related groups—often referred to as Pygmies—are today's most visible representatives of an ancient hunter-gatherer lifestyle. They possess an incredible knowledge of the forest, its animals and its medicinal plants.

Most people in the Congo Basin remain heavily dependent on the forest for subsistence and raw materials, as a complement to agricultural activities. As populations rise, pressure on forests continues to increase. Forest edges of the forest-savanna mosaic bear the brunt of the population density, along with the banks of the larger navigable rivers, including the Congo and Ubangi Rivers.

Construction of roads has greatly facilitated access to the interior of the forest, and many people have relocated close to roads. But logging, oil palm plantations, population growth and road development have strained the traditional resource management system.

The Congo Basin covers some of the poorest countries on Earth. By focusing on the protection and sustainable use of natural resources, WWF seeks to ensure that the Congo Basin's forest and freshwater ecosystems will continue to be a major source of livelihood improvement for the region's people. 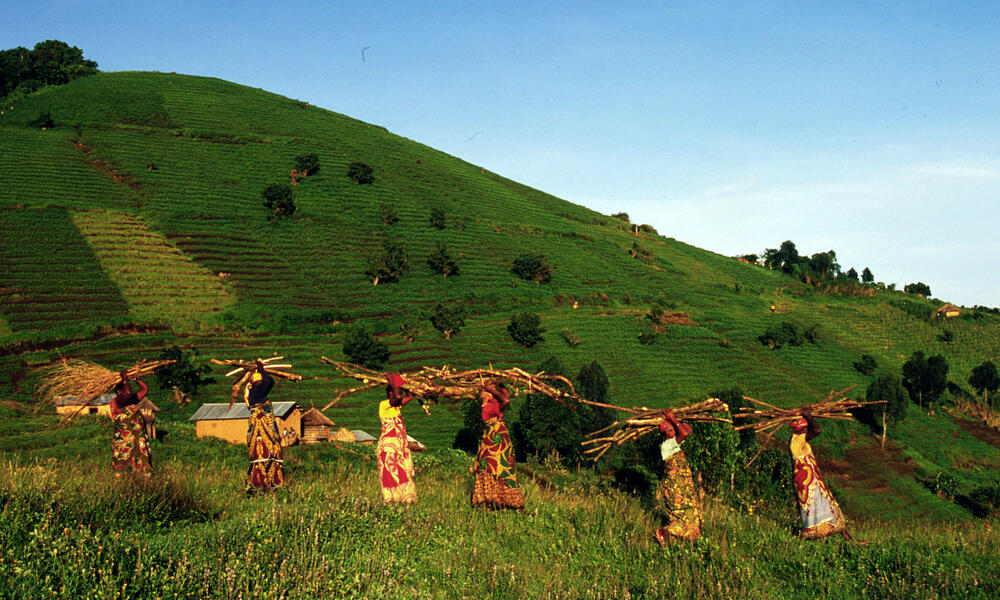 The Congo Basin is abundant in natural resources such as timber, diamonds and petroleum, but current methods and rates of extracting these resources are unsustainable and threaten the future of this vast wilderness area. In addition, unsustainable hunting of wildlife for the commercial bushmeat market threatens to wipe out many species.

In the Democratic Republic of Congo (DRC), refugees from armed conflict are forced to live off the land with severe impacts to forests and wildlife. For example, the demand for fuelwood and charcoal has led to deforestation in Virunga National Park, the oldest national park in Africa. Palm oil plantations and other commercial agriculture operations are a growing threat, putting greater pressure on the Congo’s forests and rivers.

The Congo Basin is extremely rich in wood, oil and minerals such as diamonds, gold and coltan (used to make cell phones). Many people depend on such resources for their livelihoods, and the global demand for these materials is increasing.

A large and growing percentage of the Congo Basin is under concession to logging and mining companies. Such industries bring large groups of people to the forest and with that come their need for food, including bushmeat and fuelwood. Related infrastructure projects—such as roads and dams—have environmental impacts and increase access to remote forest areas for hunters.

The leading cause of wildlife loss in the Congo Basin is the commercial bushmeat trade, driven by an ever increasing market. In the DRC alone, over a million tons of bushmeat are consumed each year.

Alarmingly, this lucrative business is causing the forest to become empty of species. Animals like monkeys and antelope are common targets, although species such as gorillas and bonobos are also at risk.

Combating the bushmeat trade presents many challenges. In remote areas, bushmeat is the primary source of income for families, as it is the only export that will earn a profit. WWF works with communities to create alternatives.

The international demand for ivory still drives the killing of elephants, leading to local extinctions and threatening to eliminate elephants entirely. WWF plays an important role in fighting illegal trade, including through TRAFFIC, the world’s largest wildlife trade monitoring network. 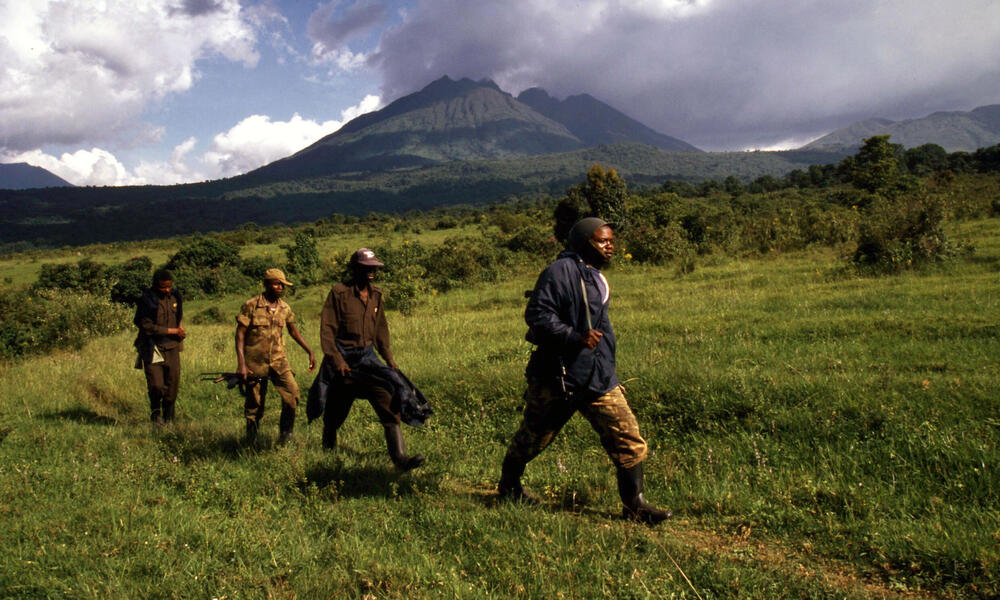 Poaching continues to be a growing problem in the Congo Basin, even within national parks and other protected areas. The international trade in protected species such as elephants has reached levels which endanger the survival of these species. WWF recognizes the need for robust antipoaching operations. We also see the need to improve people’s standards of living in order to reduce their dependence on nature. WWF’s support and work with partners have enabled local authorities to increase antipoaching measures in the Congo Basin.

Mountain gorillas can only be found in two isolated regions in central Africa. Through the dedication of park staff, the number of mountain gorillas in Virungas National Park has increased, from an estimated population size of 380 to 480 in less than ten years. WWF plays an important role in fighting illegal trade through its partnership with TRAFFIC, the world’s largest wildlife trade monitoring network. 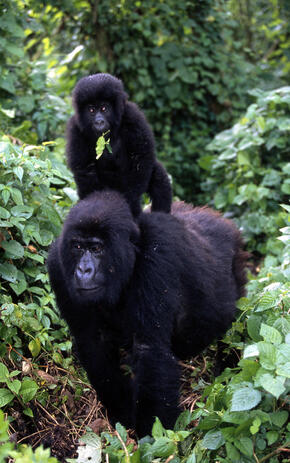 Ensuring protection of the Congo Basin requires a massive effort that reaches beyond political borders, especially when six countries have a direct stake. As part of the Congo Basin Forest Partnership, we collaborate with local governments and communities to sustainably manage the forests and protect wildlife.

We help create agreements between governments to allow for free movement of park staff across borders and joint patrols, bolstering antipoaching operations. Our partnerships also allow us to better address the needs of local communities that depend on the forests, empowering them to steward their resources and improve their livelihoods.

WWF works to ensure more sustainable methods of extracting natural resources, such as trees, oil, and minerals, with minimal impact to wildlife and forests. To reduce pressure for fuelwood, WWF has been part of a tree plantation program outside Virunga National Park in the Democratic Republic of Congo (DRC). Over 10 million trees have been planted to help meet the needs of local people and preserve mountain gorilla habitat. WWF has also provided fuel-efficient stoves and works with communities to find alternative wood sources through private and community forests.

To protect this important area, we are working to implement low-impact logging practices and leave some areas undisturbed. We also work to reduce the effects of iron-ore mines and stop poaching and bushmeat trade that may result from the influx of workers and roads.

Gorilla-based tourism helps raise funds to protect national parks and help local communities. Tourism fees generate much needed revenue for both the park and local communities. In the DRC, WWF introduced farmers to new types of crops and innovative methods to grow them so farming operations do not encroach upon nearby forest or harm wildlife. WWF has also worked to empower local women to improve their livelihoods and the nutrition of their children by encouraging their participation in the new farming program. WWF continues to empower local communities to conserve their resources and improve livelihoods.