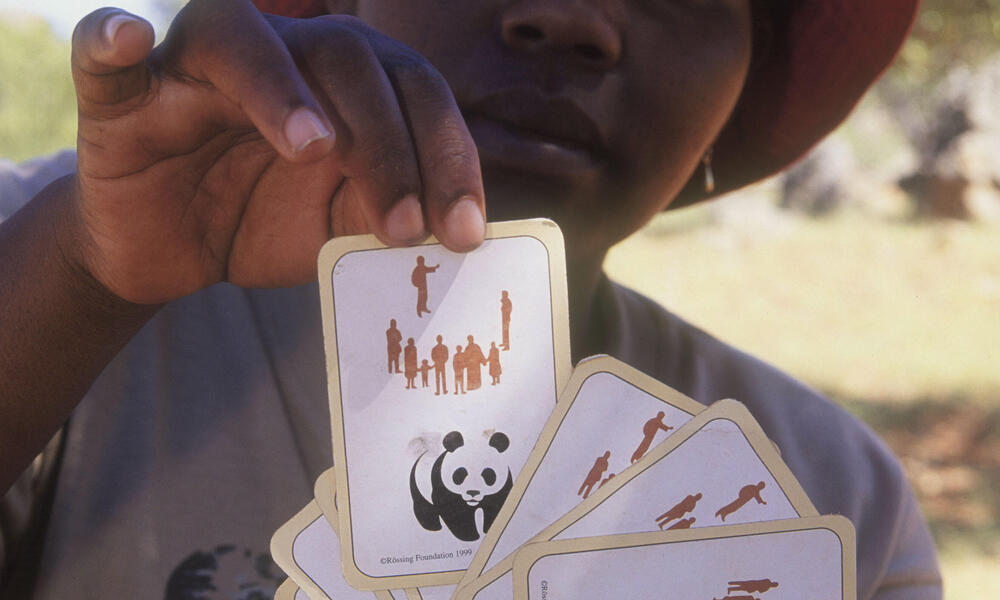 Namibia is home to a vast array of iconic African species – including the largest free roaming population of black rhinos in Africa, desert-adapted lions and elephants – and diverse landscape of grasslands, deserts and floodplains.

Namibia was the first African country to incorporate protection of the environment into its constitution. With WWF’s help, the government has reinforced this conservation philosophy by empowering its communities with rights to manage and benefit from the wildlife on their lands through communal conservancies.

What is a Communal Conservancy?

Prior to Namibia’s independence in 1990, wildlife populations in the country’s communal areas had plummeted because of an apartheid regime that alienated communities from their wildlife compounded by factors including uncontrolled hunting by military forces during independence struggles, extensive poaching, and severe drought.

In the mid-1980s a Namibian NGO and local leaders introduced an innovative community game guard system to curb poaching in northwest Namibia.

Building from the community game guard experience, in 1996, the new Namibian government granted communities the right to create conservancies - areas with defined borders and governance and management structures outside of parks - where communities have the right to manage and benefit from their wildlife.

A Success for People and Wildlife

Across Namibia and globally, communal conservancies have become a recognized conservation success story. While many challenges remain, conservancies have contributed to strengthening communities’ rights, voice and stewardship of the wildlife on which they depend for their livelihoods and cultures.

Since 1998, Namibia has created 86 communal conservancies, covering more than 20 percent of the country (64,162 mi2), and encompassing approximately 227,802 community members (9% of Namibia’s population). Formed and run by local people, these conservancies offer protected space for wildlife outside of official protected areas and generate more than $10 million a year in cash income and in-kind benefits for local people. The money goes directly back to communities to support anti-poaching operations, wildlife management, and education and health initiatives.

The model has produced impressive gains for wildlife; Namibia’s elephant population has more than tripled, black rhinos, once near extinction, have rebounded, and free-roaming desert lions—reduced to less than 25 by the mid-1990s—now number over 150 and cover vast expanses of northwest Namibia.