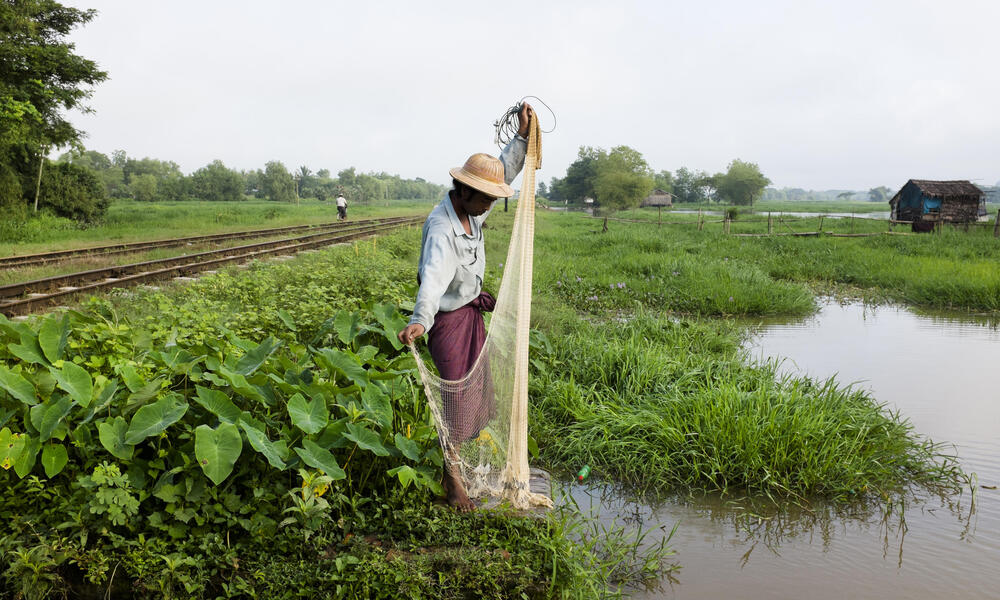 Myanmar is brimming with opportunity. This Southeast Asia country is coming out of 50 years of isolation. Foreign investment is pouring in at a staggering pace and laws are being rewritten across the board.

A key question for the country now is how to balance growth with conservation. How can Myanmar protect its forests and rivers—which people and wildlife, including tigers, elephants and Irrawaddy dolphins, rely on to survive—while it creates new roads, builds new businesses, and more? How can it raise its people out of poverty without destroying the richness of its natural resources?

The answers lie, in part, within new assessments of the country’s natural resources and the “services” they provide—forests that absorb carbon and provide habitat for endangered wildlife, rivers that are a source of drinking water, mangroves that help protect coastal communities, and more.

The hope of WWF is that decision makers across the country will use the assessments to promote a green economy approach—one in in which the sustainable use of natural capital is integrated into the country’s new plans and policies for the economy, energy, agriculture, land use, foreign investment and more. A project led by the Myanmar government with support from WWF is already underway to compare how natural capital values change under different development scenarios.

The need for the initiative is critical, particularly given that Myanmar is home to three of Earth’s most pristine rivers (Irrawaddy, Salween and Mekong) and its forests are some of the most extensive and intact in Southeast Asia.

The initiative draws on experience WWF has in assessing natural capital in other regions of the world and within Myanmar. WWF and its partners are using the assessments to highlight the need for integrating ecosystem services into the planning for a major road in the Tanintharyi region of Myanmar that will bisect the largest intact forest in Southeast Asia and one of the largest tiger landscapes in Asia.

Since opening its office in Myanmar a year ago, WWF has been supporting the country to become a model for sustainable development. WWF, for example, has trained government staff in Myanmar in how to use the natural capital assessment tool, called InVEST and developed by the Natural Capital Project.

Learn more about the benefits nature provides in Myanmar.