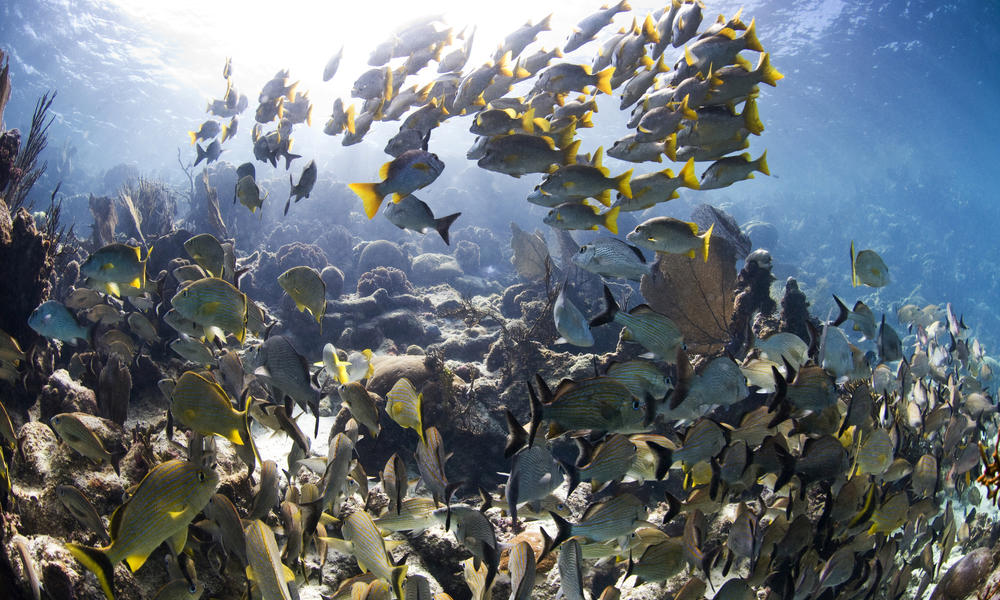 Belize is home to spectacular biodiversity on land and at sea. In fact, the Belize Barrier Reef is home to nearly 1,400 species, from endangered hawksbill turtles to West Indian manatees, sting rays, coral, and six threatened species of sharks. The reef works together with mangrove forests and seagrass beds to provide services for both nature and people.

But climate change and human activities are increasingly impacting these habitats and the accelerated degradation of critical coastal ecosystems is jeopardizing the resilience, adaptive capacity, and biodiversity of these systems. With security on the line for hundreds of thousands of people in Belize, it’s time to appropriately value the contributions made by mangroves, coral reefs, and seagrass. Failing to do so can lead to the loss of goods and services that communities depend upon such as coastal protection, food, recreation, and carbon sequestration.

One way that Belize is recognizing the important role these ecosystems play is by moving forward to include them as nature-based solutions in its 2020 Nationally Determined Contribution (NDC) to the United Nations Paris Climate Agreement. Given the unique role of coastal ecosystems in reducing climate risk impacts and absorbing carbon, combined with adaptation benefits, Belize is demonstrating real leadership in committing to safeguarding these important habitats for the long-term. 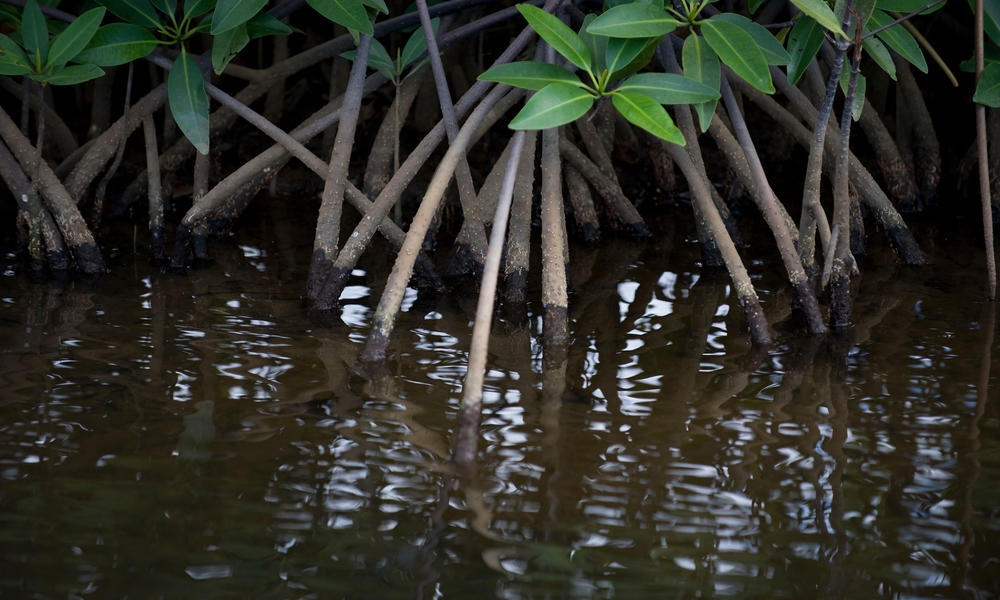 The Belize Government, in collaboration with WWF, The Pew Charitable Trusts, University of Belize's Environmental Research Institute and other partners, is aiming to strengthen protections of the country's coastal ecosystems. Together, we are building the scientific baseline to better understand the climate value of Belize's mangroves and related coastal habitats.

Our approach combines high resolution mapping with field research—including soil coring samples—to estimate the carbon stocks in the nation's extensive mangroves and their contribution to climate change mitigation. We are also examining the mitigation and adaptation benefits associated with the country's seagrass and coral reefs, and are integrating climate risk information into future scenarios for all three ecosystems to understand how they might be impacted by climate change, including the goods and services they provide to society.

Using this information, WWF and partners will work with the government to identify and set measurable targets and recommendations for coastal ecosystem protection and restoration. In turn, this will be included in the NDC and tracked through a measurement, verification, and reporting (MRV) framework. Throughout the project, we are focused on gathering input from a wide range of stakeholders, including local communities, MPA managers, NGOs, and private landowners. The project also aims to build in-country capacity to monitor progress towards meeting the NDC commitments.

WWF has convened the Belize Blue Carbon and NDC Working Group—comprised of key representatives from relevant government agencies as well as research scientists and academic partners—to act as an advisory group to the project. We are also part of the NDC Partnership's Technical Working Group for Belize, which has been established to support the National Climate Change Office in the overall revision of the country’s NDC.