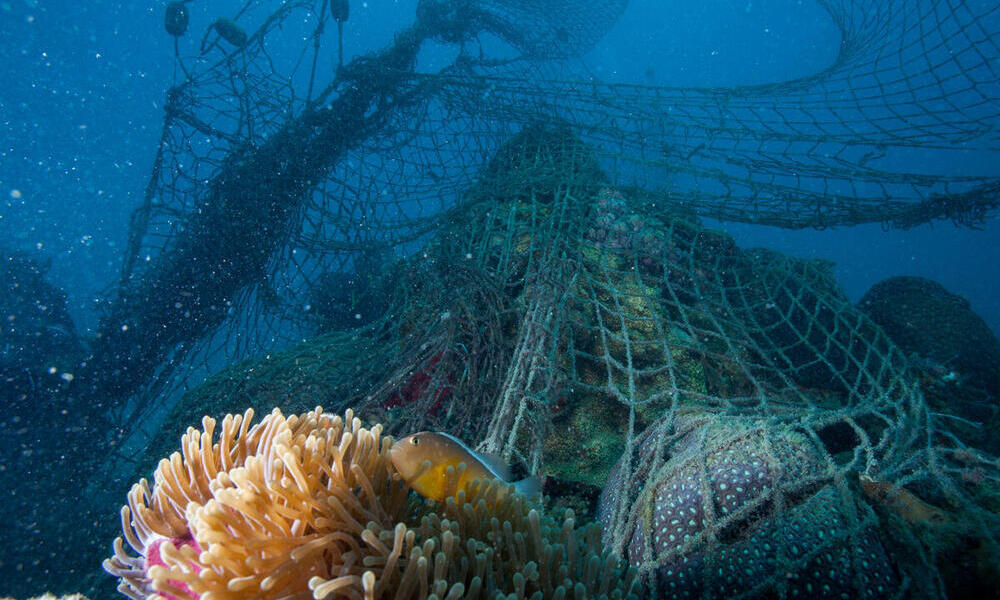 Fishing feeds billions of people and is vital to the economies of countless coastal communities. But unsustainable practices litter the ocean with deadly traps that needlessly kill marine mammals, turtles, and seabirds.

Abandoned, lost, or discarded fishing gear, commonly referred to as ghost gear, contributes significantly to the problem of plastic pollution in our ocean. These gillnets, traps, and other types of fishing gear are particularly harmful because they can continue to catch target and non-target species indiscriminately for years. This impacts important food resources as well as endangered species. Because of this, ghost gear has been coined as the most deadly form of marine plastic debris, damaging vital ocean habitats, aquatic life, and livelihoods.

The threat of ghost gear 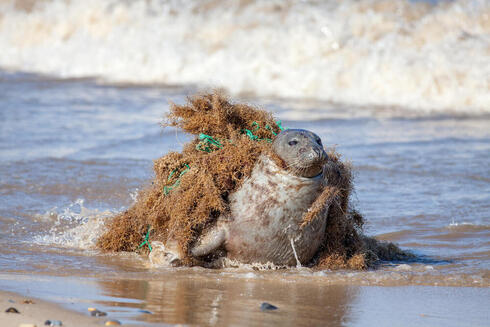 While we’ve known the threat of ghost gear for decades, we’ve only begun to understand the full extent of its impact in the last few years.

It’s estimated that ghost gear makes up at least 10% of marine litter. This roughly translates to between 500,000 and 1 million tons of fishing gear abandoned in the ocean each year. Ghost gear impacts marine mammals, seabirds, sea turtles, and more, and is the type of debris that has proven to be the most lethal. In Mexico's Upper Gulf of California, for example, abandoned gillnets have contributed to driving the vaquita porpoise to the brink of extinction. WWF has removed over 62 tons of gillnetting in efforts to save the world’s smallest porpoise, but only around 10 individuals remain.

Many animals that get caught or entangled in ghost gear can die a slow and painful death through suffocation or exhaustion. Ghost gear also damages valuable marine habitats, such as coral reefs and mangroves. Gear that’s made of plastic can take decades to break down into smaller pieces, meaning entanglement and direct damage to the environment can persist for significant periods of time.

Studies have shown that over 90% of species caught in ghost gear are of commercial value. Therefore, ghost gear can undermine the sustainability, stability, and economic returns from fisheries by reducing or eliminating harvests. Ghost gear also poses a danger for navigation and threatens the safety of mariners. Finally, like all other marine debris, ghost gear affects tourism by spoiling the natural beauty of an area. 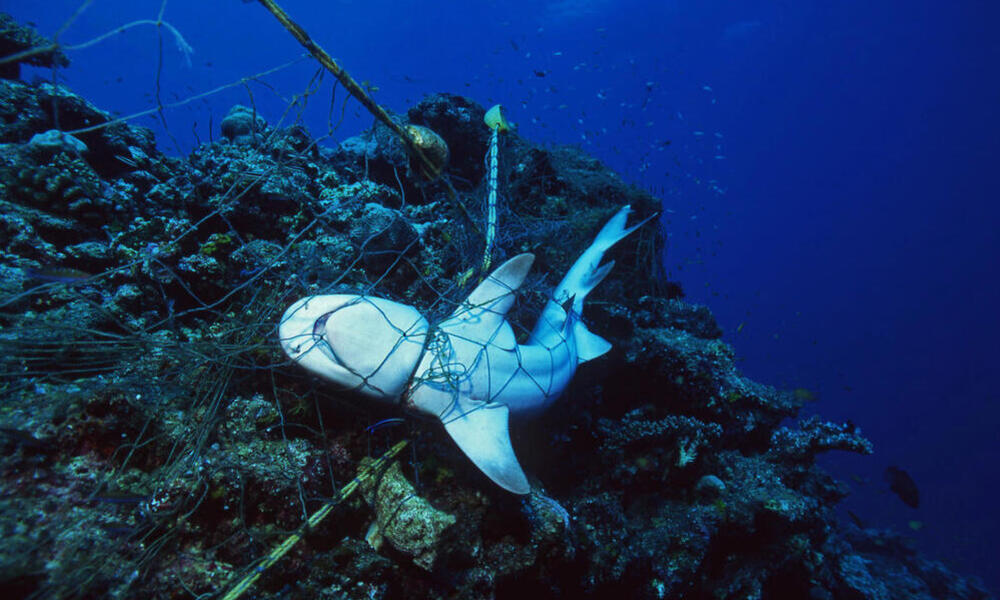 All over the world, fishers, fishing industry partners, ports, non-governmental organizations, researchers, governments, and intergovernmental organizations have been collaborating to reduce the impacts of ghost gear. At an international level, the Global Ghost Gear Initiative (GGGI), an alliance of more than 100 entities, including WWF and the US government, was formed in 2015 to tackle the problem. The GGGI is the world’s only global cross-sectoral alliance committed to driving solutions to the ghost gear problem. 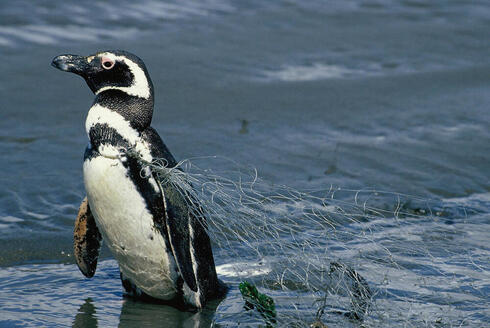 Preventing fishing gear loss is the top priority. Prevention involves everything from building awareness among fishing gear designers of best practices to educating fishers on issues such as proper gear disposal to instituting regulatory measures. In India, WWF focuses on education and engagement with fishing communities, talking to fishers about the damage ghost gear causes sea turtles, and putting together an incentive program that encourages fishers to return worn-out gear.

Policies and regulations designed to prevent gear loss and establish adequate and innovative end-of-life fishing gear disposal and recycling options are a priority.

But existing laws are fragmented and ineffective, and we still do not have an international treaty dedicated to tackling plastic pollution. Leaders from more than 40 countries, as well as more than 2 million people around the world, have already joined the call for a global agreement on marine plastic pollution. Some progress has been made in places like Peru, where large scale industrial fishing fleets and artisanal fishers alike are turning in gear when it begins to wear out in exchange for a profit-sharing program in which the recycled plastics are turned into toys and clothing and sold. But there are still glaring gaps in global regulation, and existing frameworks lack articulated and clear global targets.

A solution for every sector

There is a strong need for national and international preventive ghost gear policies and practices. WWF urges governments, fishing gear producers and designers, fishers, and the general public to take decisive action and eliminate the ghost gear threat.

Fishing gear designers and producers can: 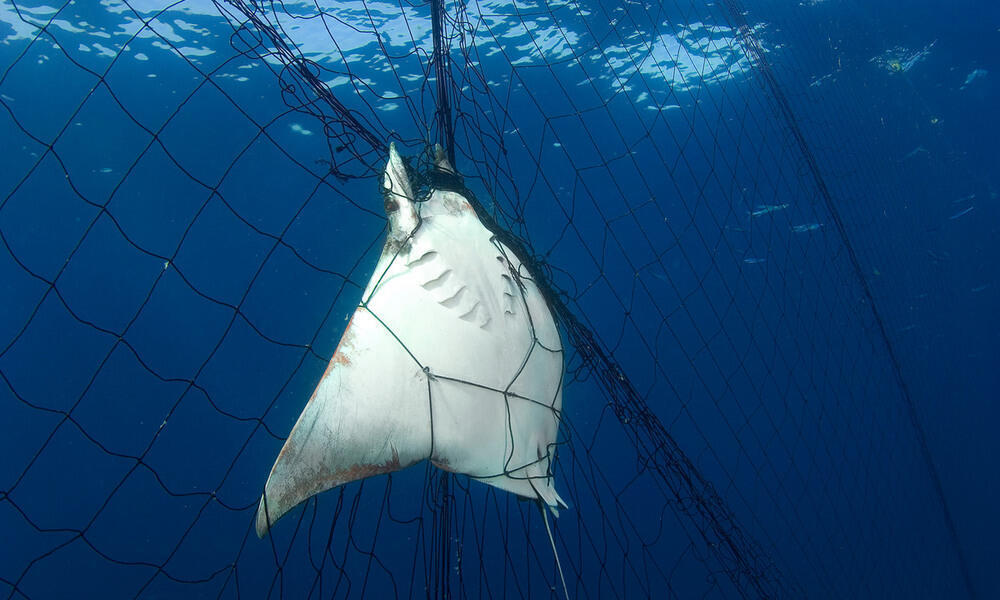