Hidden Himalayas: Asia’s Wonderland rmaps out new species found by scientists from various organizations including 133 plants, 39 invertebrates, 26 fish, 10 amphibians, one reptile, one bird and one mammal.

The volume and diversity of discoveries, 211 in total between 2009 and 2014, highlight the region as one of the most biologically diverse places on Earth; the discoveries listed equating to an average of 34 new species discovered annually for the past six years.

The report also underscores the dire threats facing the vibrant ecosystems across a region spanning Bhutan, north-east India, Nepal, north Myanmar and the southern parts of Tibet. The report found that as a consequence of development, only 25% of the original habitats in the region remain intact and hundreds of species that live in the Eastern Himalayas are considered globally threatened. 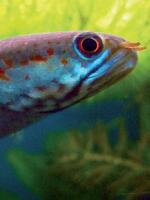