3 ways the US is taking action to protect biodiversity

Actions send a signal to the world, but there’s a lot more to do 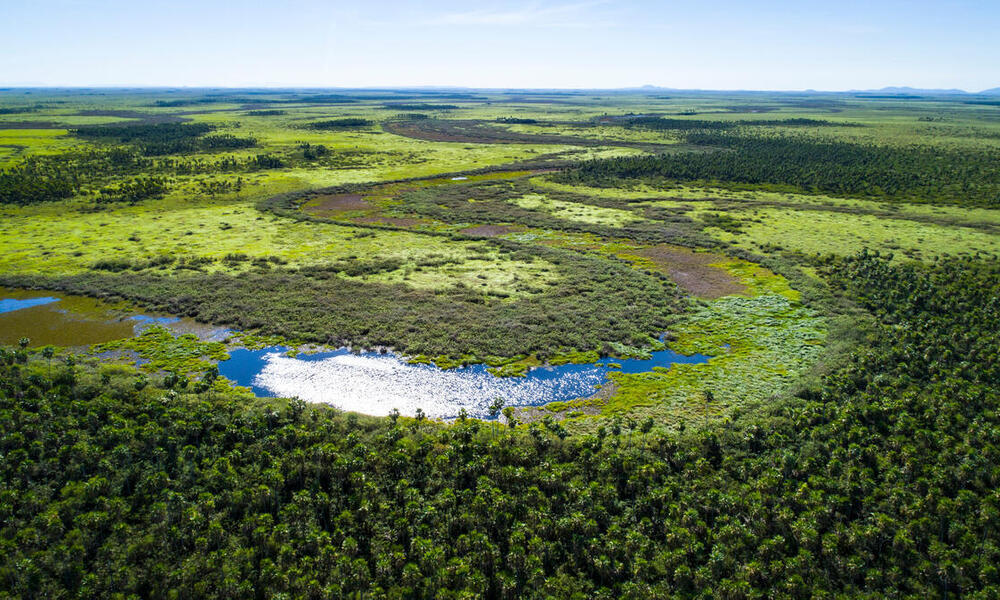 (12/19/2022) Aiming to stop and reverse biodiversity loss by 2030, 196 countries under the UN Convention on Biological Diversity adopted the Kunming-Montreal Agreement to conserve at least 30% of land, freshwater, and ocean globally, while respecting the rights of Indigenous peoples and local communities, and recognizing the contributions of Indigenous and traditional territories towards the target’s tally.

We’re living in the midst of a global biodiversity crisis. Wildlife populations have declined by an average of 69% since 1970, a rate unprecedented in human history. And a landmark UN study released in 2019 revealed that around 1 million species are now threatened with extinction, many within decades.

The science is calling for urgent, transformative action, and now is the moment to lock it in. Countries are currently meeting in Montreal to negotiate a new global framework under the Convention on Biological Diversity, the international agreement for protecting nature. We’re calling on leaders to commit to an ambitious agreement—one that halts and reverses nature loss by 2030 while conserving 30% of lands, oceans, and freshwater ecosystems globally, known as 30 by 30. It also needs to call for cutting our global footprint of production and consumption in half, address the major drivers of nature loss, and mobilize significant new resources in support of the framework’s goals, including by redirecting harmful subsidies towards helping nature. All of this needs to be done using an inclusive, rights-based approach that involves the whole of society, including local communities and Indigenous peoples.

While the US remains one of a small handful of countries that has not ratified the Convention on Biological Diversity, it has nevertheless taken important steps to protect nature both at home and around the world. In particular, the Biden administration has launched several major initiatives over the past two years to align the US with many of the goals being pursued right now in the negotiations of a new Global Biodiversity Framework. Here are some of the ways it is taking action:

The America the Beautiful initiative sets a nationwide goal to conserve 30% of US lands and waters by 2030, in line with the global 30 by 30 goal. It emphasizes support to locally led initiatives and a combination of both protected areas and other effective conservation measures, working cooperatively with communities, Native nations, and those who manage working lands and waters, including private landowners, foresters, and fishers.

2) US Plan to Conserve Global Forests

Announced at the 2021 international climate change negotiations in Glasgow, this initiative seeks to protect forests and other carbon-rich ecosystems, including by halting global deforestation and the illegal timber trade. In support of the plan, President Biden pledged to mobilize $9 billion by 2030, alongside similar commitments from other countries.

On Earth Day this year, President Biden signed an executive order that directed the administration to take a number of actions to address nature loss and promote biodiversity conservation. Several of these are focused on protecting forests in the US and around the world. Others mandate the creation of a system to measure and account for nature’s economic value and a roadmap to use nature-based solutions to fight climate change, both of which were recently rolled out. Nature-based solutions are a critical tool for conserving biodiversity while also reducing carbon emissions and strengthening the resilience of people and ecosystems to climate change impacts.

All of these actions by the administration move the US in the right direction and align it with the goals being sought under a new Global Biodiversity Framework. But there is more that needs to be done, including ensuring that developing countries have the resources they need to protect the rich biodiversity within their borders. This is an area where the US can and should continue to lead, specifically by increasing foreign assistance funding for international conservation programs. In the run up to the negotiations in Montreal, several developed countries have pledged to increase the amount of assistance they are providing. In the US, Congress plays the key role when it comes to these funding levels, and it is currently working to finalize its annual spending bills before the end of the year.

The world is waking up to the nature crisis, its connections with climate change, and the threats it poses to human lives and livelihoods. More than 90 world leaders have endorsed the Leaders’ Pledge for Nature, calling for global commitments to halt and reverse biodiversity loss by 2030. But strong words need to be followed by strong actions. And with so many species hurtling toward extinction, the world must act now.