A river that splits and unites

This story was originally published by WWF-Asia Pacific Exposure.

Where northeast Thailand meets Central Lao PDR, a river traverses the landscape, forming the borders of each country. Despite creating a physical barrier between the two nations, the waters of the Mekong have long united the people of each side, serving as a source of food, transport, and income for more than 60 million people in the region.

On one side, in Had Hae village of Nakhon Phanom province, Thailand, three fishermen sit beneath a small wooden gazebo, looking over the water to their neighbors.

“When we go out to fish, we often meet the Laotians,” said one of them, Phairat Sarasit, pointing to the weather-worn fishing boats across the river. “Most of them are our friends.” 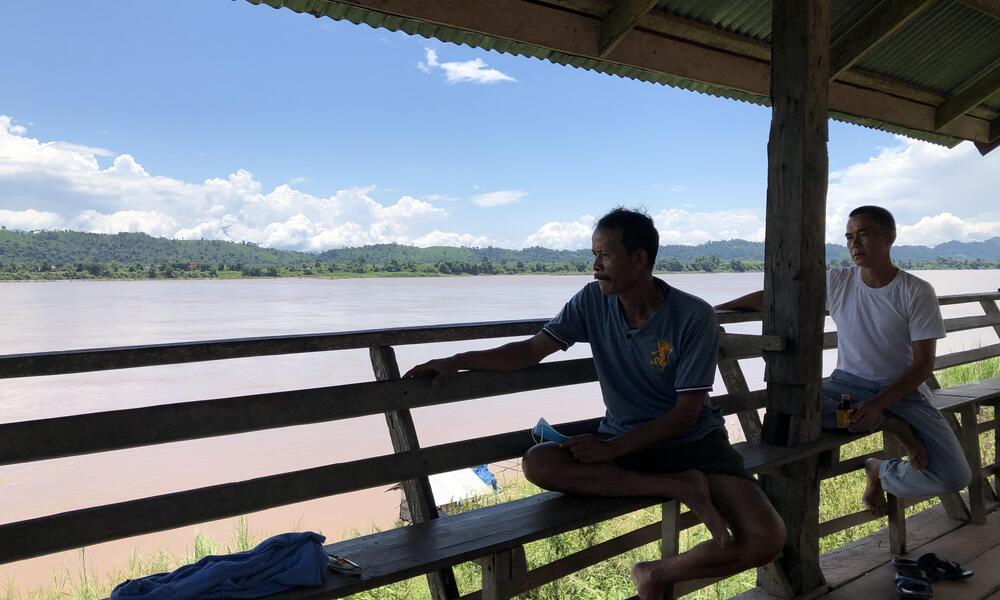 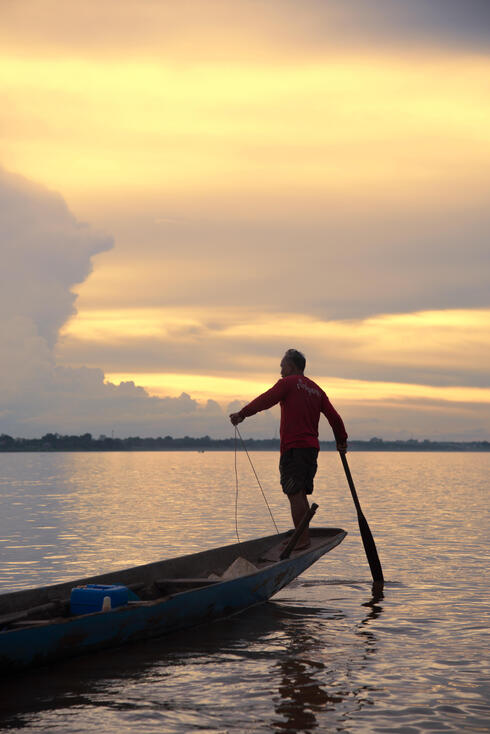 Like him, Sport Samart and Wanu Nieamwijit have also long fished beside their Lao PDR counterparts on this stretch of river. Across the channel, they’d travel to visit one another--the Thais would go to Lao PDR for leisure, and the Laotians would cross over to buy groceries and other commodities.

On working days, fishermen from both sides would hop into their boats and release their nets, spanning around 650 feet long and running around 6 and a half feet deep. The nets usually flow downstream for an hour or so, covering about one and a half miles before being retrieved by the fishermen and returned upstream with the day’s catch.

But with just one river to share between two countries, the fishermen needed to figure out how to split this essential resource. Over time, they developed a special working relationship, much like workers from different companies sharing the same office. Each morning, they’d meet up—sometimes on the river’s muddy banks, and others in the middle of its waters —creating a floating gathering in places like the border of Mukdahan and Savanakhet provinces—and draw a lottery to determine who would fish first that day.

From then on, it’s a mutually understood queuing system in which the Thais and Laotians take alternate turns to release their nets. Once a boat from either side begins its trip down the river, the other takes a break, waiting in fully equipped boats fitted with a mattress, electricity, a TV, teapot, and often a rice cooker. After 20 minutes, they follow behind with their own nets.

Before the start of every fishing season, the fishermen need to clear the riverbeds to prevent twigs, sediments, and other debris from catching and damaging their nets. Pitching in about 500-1,000 Thai Baht, or 150,000-300,000 Lao Kip, per boat, they each cover their share of the management costs. 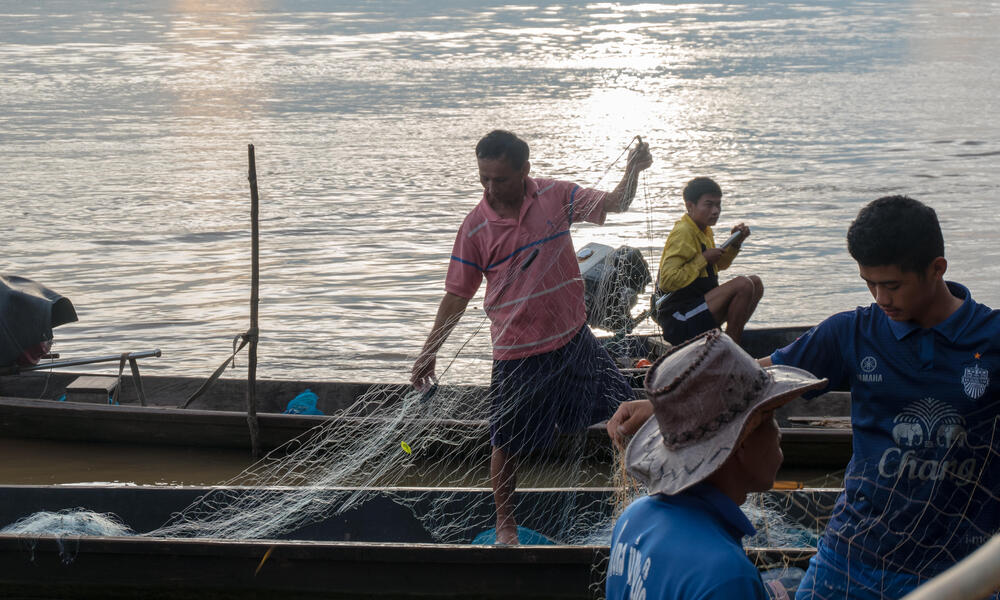 But things don’t always work out as agreed. As Lao PDR grew more developed, dirt roads turned into concrete and wooden shacks converted into houses. Fishing practices evolved, increasing tension between the two countries, and changing the dynamics of the river.

“Their rules and our rules are not the same,” Wanu said about their community’s fishing guidelines.

As the number of motorboats increased, fish populations began to dwindle. Snappers, once abundant, have not been seen in over a decade. Similarly, the Mekong giant catfish, a species renowned to the region, vanished almost seven years ago.

“Normally we’d catch about 45 pounds of fish [per trip],” he continued. “Now, even finding 10 pounds is difficult.”

Ki Mahavong, a fisherman in Savannakhet province, also faces the same issue, spending longer days to catch any fish at all. He believes that this is caused by the increasing number of fishermen who fish for trade, rather than to solely feed their families. As competition arises, more turn to destructive equipment and practices such as electrocution devices, traps with small mesh openings, and dynamite.

The fishermen knew they needed to protect fish spawning grounds and conserve their fish stocks before there was none left to save. So in 2019, villagers along the Mekong riverbanks on both the Thai and Lao PDR sides set up buoys to mark new protected areas for fish to rehabilitate. With the help of WWF, they held transboundary community discussions and set up signboards showing fishing restrictions for everyone to use the river’s resources respectfully.

“No one breaks the rules. If they do, we give them three warnings,” Sport said, “but it never reaches three warnings because the first one is already enough to make people change their behavior.”

The Lao-Thai Fisheries project is aimed to conserve aquatic life species in the Mekong by developing management plans for 10 villages in Lao PDR and 14 in Thailand, each with its own fish conservation zone. To reduce pressure on the natural ecosystem, the project also seeks to improve the livelihoods and income generation of villagers, as well as strengthen law enforcement and a better understanding of fishing laws among local fisheries and authorities.

Besides conserving fish stock, locals like Ly Vongoudom and his team also patrol the river every day to stop any illegal fishing activities they encounter, as well as bring the perpetrators up to speed on fishing laws.

“It’d be hard to divide the river,” Sport said. “After all, we are baan pee muang nong (sibling nations)."