From tiny to mighty 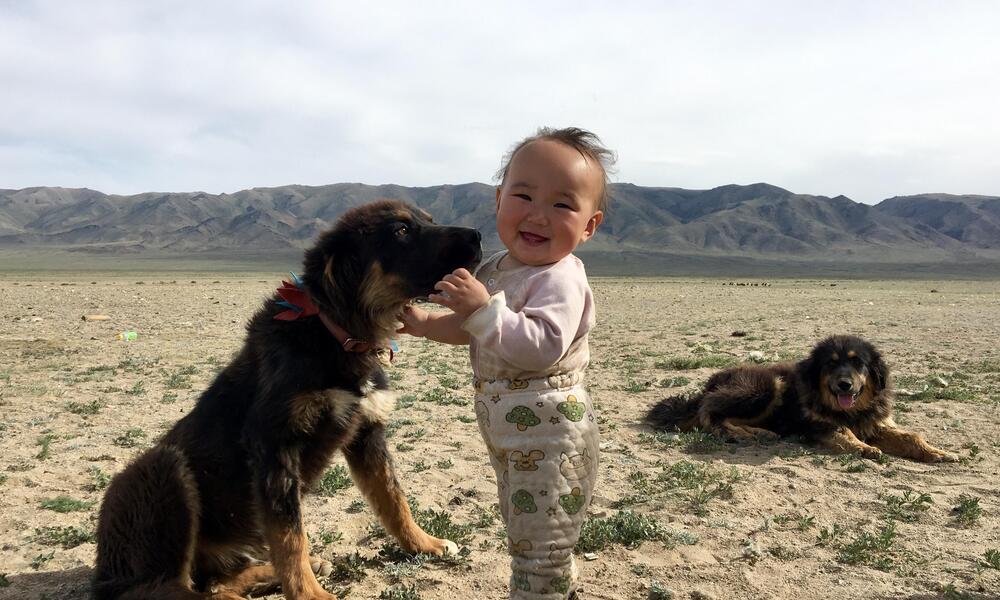 This story was originally published by WWF Asia Pacific Exposure in February 2019.

On a shivering cold morning in Mongolia’s capital city, 20 shiny wet noses and 20 pairs of bright black eyes stare out from the boot of a Toyota Tundra. Breath misting in the morning frost, their pink tongues framed by a thick coat of black and brown fur.

It’s a big day for the Bankhar puppies. They are about to embark on a journey of over 800 miles to Mongolia’s Darviin Nuruu Mountain Range. In this remote and unforgiving landscape, conflict between snow leopards and herders is high.

It’s hard to envisage these bundles of fluff being much help in solving the problem, but for 12 herder families—that’s exactly what they are going to do.

The link from puppies to snow leopards

After the collapse of communism in Mongolia in the 1990s, the number of livestock grazed across the country’s vast plains increased drastically. To date, as many as 70 million camels, horses, cattle, sheep, and goats roam in Mongolia.

With so many hungry mouths eating away at the meadows, the fragile landscape has become damaged and degraded. In search of fresh pasture, the herds travel into snow leopard territory.

Elusive snow leopards are extremely sensitive to changes in their environment, and with their natural prey displaced by an influx of livestock—they can turn to the next food source, be it cow, sheep, or camel.

One single snow leopard can kill up to 20% of a herder’s flock over the course of a season. This is catastrophic for the communities whose lives are entirely dependent on their animals.

In a desperate bid to protect their livelihoods, some herders can resort to killing the leopards.

This type of retaliatory killing is one of the main threats to the endangered snow leopard, and with as few as 4,000 of them remaining in the wild, a solution is urgently needed.

This is where the puppies come in.

From puppy to protector

Bankhar dogs, identifiable by their large, athletic build, have been a staple in the lives of nomadic herders in Mongolia for generations. It’s far from a new idea. Rather than a ‘breed’ of dog, Bankhars are what’s known as an ancient landrace—a type of dog shaped through thousands of years of coevolution with humans, driven by the need for an effective guardian of livestock.

Over time this traditional practice has been lost—the Bankhars have become very rare. Their disappearance has left a mark on the communities who have long depended on them, and it is hoped that by reintroducing the dogs to their rightful place, the pressure of conflict between herders and predators will ease.

The puppies begin training at just three months old. From here on in, they will live among the flock. 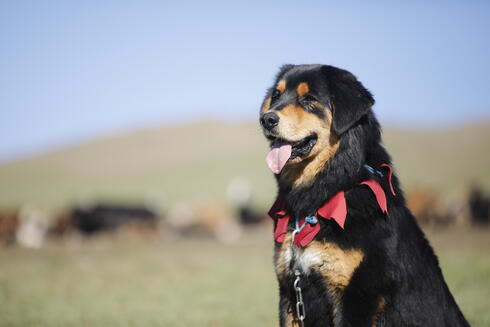 They will grow to be 30 inches tall at the shoulder, with heavy coats of fur to protect them from the harsh Mongolian climate. They will grow powerful, hardy, and loyal—all traits critical to the full-time job of protecting livestock from predators day and night. As well as allowing the herders to rest and stay warm during the long winter nights, they will break the cycle of predation and retaliatory killing.

This is all made possible by the early bond that the dogs form with the flock. As a family dog bonds to its human companions, the Bankhars bond with their hooved charges, and devote themselves to their safety. They will grow close to their owners, too, and be valued as part of the family.

Across the Mongolian Steppe, community elders whisper of the Bankhar dogs of times passed. Heroic tales of fearless hounds leading their flock and humans to safety through blinding storms, and of their moments after a long life of service, slipping away to take their last breaths out of sight.

Revered even in death, the Bankhar dog’s body is traditionally laid to rest atop a mountain, where they can be closer to the gods.

It has been over a year since the puppies were reintroduced to the Darviin Nuruu Mountain Range as part of a collaborative effort among the herder families, the Bankhar Association, and WWF.

There have since been no reports of conflict between snow leopards and herders in the area.

While the dogs’ loyalty and ability to scare off wolves and snow leopards is impressive, what they represent runs much deeper: the Bankhar dogs serve as a reminder that the answer to some of the most challenging conservation issues often lies in the traditional knowledge of the people who know the landscape and its inhabitants best. 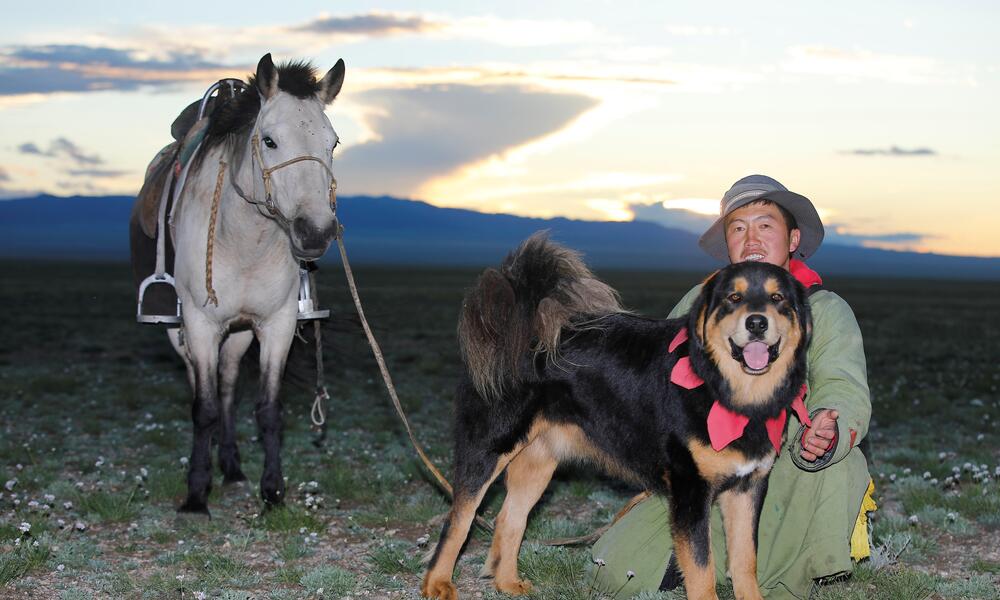