How scientists count tigers in India 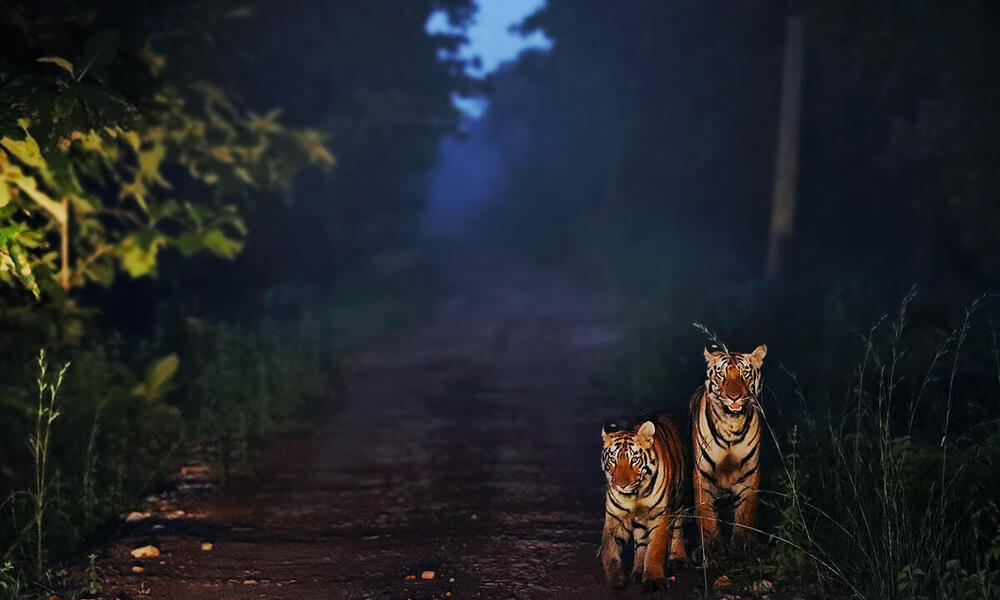 From dense jungles to the Himalayas, tigers are an elusive species—hard to find and hard to count. But, thanks to the use of camera traps, the movements, and behaviors of tigers are now less of a mystery.

Tracking tigers through camera traps has fast become the standard method for countries to count their tigers, and India is currently using this important tool. India is home to over 60% of the world’s tiger population which makes its counting efforts the world’s largest camera-trapping exercise.

How are camera traps used to count tigers?

Before setting the camera traps, teams survey an area for the presence of tigers and other wildlife. This helps them to identify promising locations to set up camera traps.

Teams then head out to these pre-identified locations that are often remote and difficult to access. The cameras are loaded with a memory card and batteries and then attached to a tree or post where they will be left for two to three months before being retrieved. They have an infrared beam and will start recording photos and/or video when a tiger—or other wildlife—passes in front of it, breaking the beam.

After the team retrieves the memory cards, they analyze the data. It’s not uncommon to get thousands of photos and videos to sift through!

The cameras are set up in pairs to capture both sides of the tiger to see all of its stripes. A tiger’s stripe pattern is like a human fingerprint—unique to the individual. This helps experts to identify and count the tigers in an area and ensure they aren’t counting the same tiger twice.

Why is India counting its tigers?

Estimating an area’s tiger population informs the conservation measures WWF-India takes in partnership with local communities and the State Forest Department. The Indian government conducts the All-India Tiger Estimation every four years to determine the number of tigers roaming its forests. These surveys are critical for tracking tiger population trends, documenting encouraging stories of success, and highlighting areas of concern where populations are declining.

Two thousand twenty-two is the Year of the Tiger and the 12-year anniversary of the first Global Tiger Summit in 2010 during which tiger range governments made an ambitious goal to double the number of tigers in the wild. In September of this year, Russia will host the second Global Tiger Summit at which a new tiger population estimate will be released.

India, like all other tiger range countries, is counting its tigers to provide an updated population estimate, which will be released by the Summit in Russia this year.