Largest ever study of gorillas and chimpanzees finds more than expected

But their future remains in peril with worrying declines 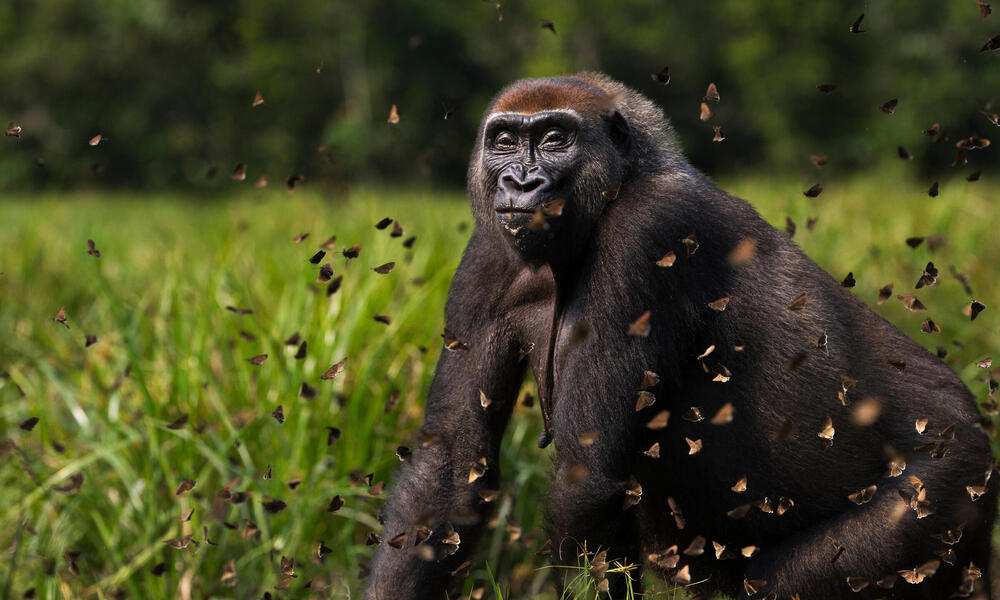 Results from the largest ever research study of gorillas and chimpanzees in Western Equatorial Africa show population numbers higher than first believed. The survey found there are one-third  more western lowland gorillas and one-tenth more central chimpanzees than previous estimates.

Dedicated researchers walked more than 5,400 miles—equal in distance from New York to Buenos Aires—including traveling through some of Africa’s most remote forests, to gather these results.

This is certainly good news. However, their future cannot be taken for granted.

The vast majority of these great apes— 80 percent—live outside of protected areas. Gorilla populations are declining by nearly 3 percent every year. Almost one-fifth of the great ape population was lost between the years of 2005-2013 alone. Great apes also have extremely slow reproductive rates making even slight declines potentially very damaging to overall populations.

All of this means that despite finding more individuals, these gorillas and chimpanzees are at great risk.

Efforts must be made to stop poaching, illegal logging and habitat destruction, the main threats facing great apes. Critically, the study results confirmed that in areas where wildlife rangers were present—particularly in protected areas with intact forests—both gorillas and chimpanzees could thrive, further proving the significance of such protection.

Of all great apes, western lowland gorillas and central chimpanzees have the largest remaining populations. But their habitat is also home to natural resources facing huge local and global demand. Many of these areas are still unprotected, putting the wildlife that live there in grave danger. The next few years will prove critical as work is done to protect these beloved animals and safeguard their habitat for both wildlife and local communities.

Researchers collected field data during foot surveys carried out over a 10-year period across the range of both western lowland gorillas (Gorilla gorilla gorilla) and central chimpanzees (Pan troglodytes troglodytes) surveying an area of 72,000 square miles—equivalent to the size of the state of Washington—and including some of the most remote forests on the African continent.