Twenty-one percent of the country's territory is now protected, including a vital free flowing river 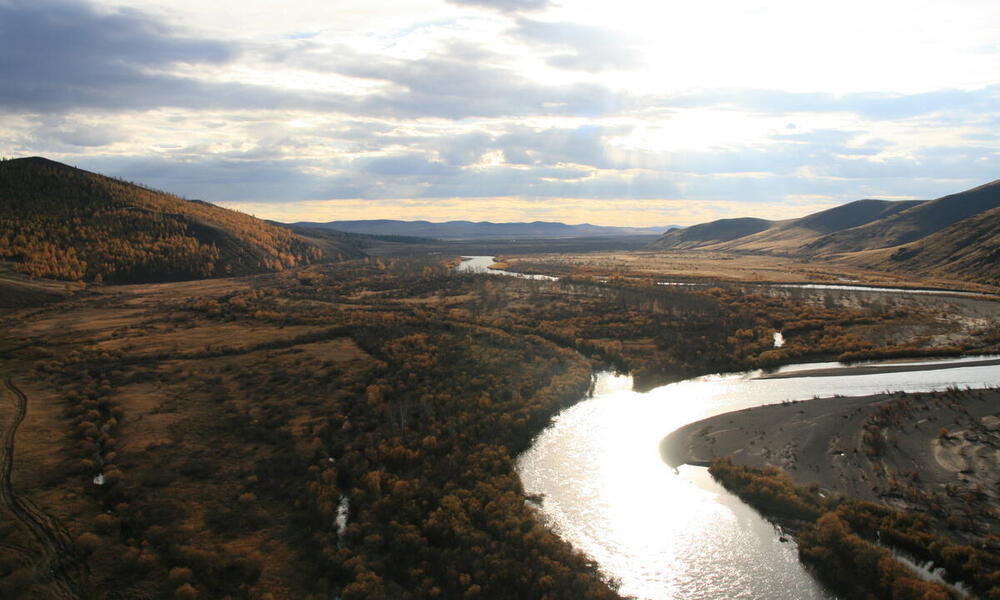 More than 3.2. million acres are now designated as national protected areas in Mongolia. With this new addition, Mongolia has officially protected 21% of its overall territory.

Formally designated just last month, the newly protected areas span eight provinces and include 2.5 million acres of freshwater ecosystems—including critical breeding grounds for migratory birds like the vulnerable white-naped crane,[i] and large swaths of the Onon river watershed. These protections prevent mines, dams, and other development that would pollute, fragment, and alter the natural flow of nutrients and resources throughout the region.

Mongolia’s protection of the Onon river is particularly important because it is one of only two sources of the Amur River—the ninth-longest free-flowing river in the world that supports millions of people in communities across Mongolia, China, and Russia. Clean, free-flowing rivers are essential to shelter freshwater wildlife species; provide local access to safe drinking water, and fishing for people along the river basin; carry nutrient rich sediment to agricultural floodplains; and provide a buffer against the impact of extreme flooding.

Unfortunately, more than two thirds of the planet’s long rivers are fragmented by dams, roads, and development. Recently, WWF and others have found that even some of the world’s protected freshwater areas are now under threat. Humans have impacted freshwater ecosystems so intensely over the past 50 years that WWF’s Living Planet Report estimates that freshwater species populations have declined by 83% since 1970.

WWF is determined to reverse these trends. Mongolia’s success is the result of WWF-Mongolia’s 12 years of advocacy and research, and represents only a small portion of WWF’s freshwater work. In communities around the world, WWF is strengthening legal protections, developing renewable alternatives to hydropower energy, stopping poorly-planned dams, and promoting sustainable development to support the people and wildlife that rely on freshwater ecosystems.