Nine wins for tigers in the last nine years 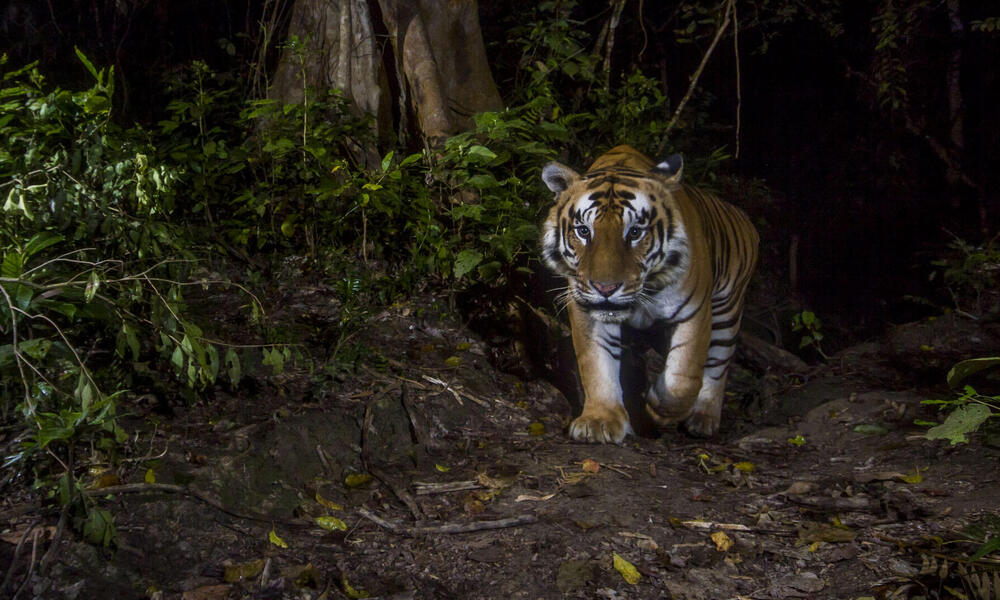 Cats, it’s said, have nine lives. But just nine years ago, the world’s biggest cat – the tiger – had all but used them up. Logging and land clearance had eliminated 95% of the tiger’s historic range and poaching to supply the illegal trade in tiger body parts had driven many populations to the edge of extinction. In 2010, an estimated 3,200 tigers were left in the wild, a dramatic decline from a century ago when perhaps 100,000 tigers prowled the forests, grasslands and savannahs of Asia.

Alarmed by this decline and its implications for biodiversity, representatives from the 13 nations* where tigers still survived came to St. Petersburg, Russia, in November 2010, for an extraordinary summit; the first to bring together tiger range states, funders such as the US government and the World Bank, and major NGOs such as WWF, to save a single species: the tiger. The result was a pledge to double the number of wild tigers by 2022, the next Year of the Tiger on the Chinese lunar calendar. Dubbed Tx2, it is arguably the most ambitious effort ever undertaken to recover an endangered species. Today, there are strong signs that the overall tiger population decline has begun to reverse, with better data and improved surveys indicating there are likely now close to 4,000 tigers roaming free across the range states.

1) Amur tigers: Siberian tigers – the biggest of all cats – live in the border lands between Russia and northeastern China. In 2013, under Tx2, China and Russia agreed to coordinate their efforts to protect them. They had not been seen on China’s side of the border since the 1940’s. Thanks to significant investments in tiger conservation by both Russia and China, in 2015, a WWF camera trap recorded images of a mother and her playful cubs 20 miles inside the Chinese border. The distance is significant because the cubs could not have travelled that far across the border on their own – which means they were born and raised in China. The latest data show that around 21 Siberian tigers now call China home. And China announced plans in 2017 to create a major new national park in its northeastern province of Heilongjiang to further the conservation of tigers and other threatened species.

2) India: Home to perhaps two-thirds of the world’s wild tigers, India recently completed a year-long survey that counted 2,967 tigers, and there are indications that numerous tiger populations in the country may be stable or growing. The Indian Government is leading the way in tiger conservation investments, and the results are paying off.

3) Nepal: This tiny Himalayan country has emerged as the Usain Bolt of tiger conservation, setting the Tx2 pace for others to follow. Based on the latest government survey data, there are an estimated 235 tigers in Nepal – almost twice 2009’s number – putting Nepal on track to be the first range state to double its tiger population since the St. Petersburg summit. 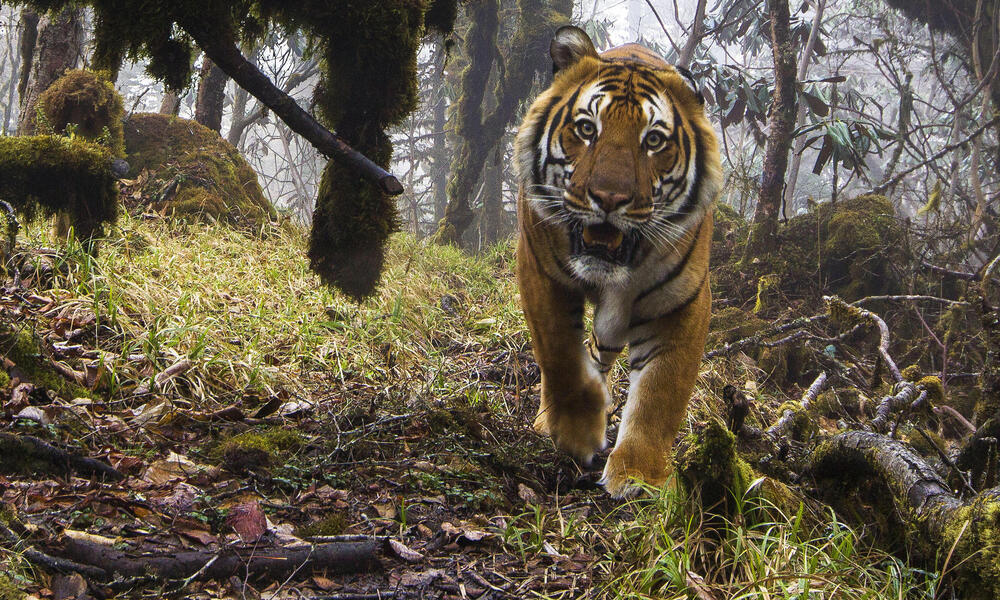 A wild tiger in the forests of Bhutan

5) Russia: In addition to hosting the Tx2 summit in 2010 and cooperating with China to conserve Siberian tigers, Russia in 2015 established Bikin National Park – a vast 2.86 million acre (1.16 m hectare) expanse that extends a chain of protected areas now covering 70% of the tiger’s habitat in the Russian Far East.

6) Thailand: The world’s second breeding population of Indochinese tigers was discovered in 2017 in Thailand’s Dong-Phayayen Khao Forest Complex, a UNESCO World Heritage site in northeast Thailand. Footage from camera traps installed by the Thai government, with conservation partners Panthera and Freeland Foundation, indicates that at least 18 tigers, including six cubs, now reside in the Eastern forest complex for the first time in 15 years.

7) Other range states – Cambodia and Kazakhstan are working closely with WWF and others on bold plans to bring tigers back to their territories. In 2017, Cambodia was the first range state to acknowledge the extirpation of its tigers (the last was seen there in 2007) and make an ambitious pledge to re-introduce them in its Eastern Plains Landscape. Kazakhstan, while not a Tx2 signatory, has established a 988,100 acres reserve that WWF is helping them create for the return of tigers to their former central Asian range for the first time in 70 years.

8) Safe Havens: In 2017, conservation stakeholders came together to form the Conservation Assured Tiger Standards (CA/TS) Partnership to help secure and support safe havens for tigers. A set of detailed standards and criteria for managing tiger landscapes, CA/TS gives stakeholders a way to monitor, assess and compare the progress of conservation efforts in protected areas under their jurisdiction

9) US captive tigers: Some 5,000 tigers—more than exist in the wild—are held by private owners who in many cases are neither monitored nor trained to care for them. This lack of legal oversight allows the potential for illegal tiger trade. In 2016, the US Fish & Wildlife Service took an initial step by requiring owners to obtain interstate commerce permits before selling a tiger across state lines. And the Big Cat Public Safety Act was introduced in Congress earlier in 2019 and would go one step further by restricting tiger ownership only to facilities such as sanctuaries or accredited zoos – hopeful progress toward eliminating “backyard tigers.”

The future of Tx2

Will we get to 6,000 in the 36 months remaining until the end of the next Year of the Tiger? It is a daunting challenge, and tigers are still in crisis in many parts of their range. But Tx2 was in many ways an aspirational goal, and the question is really not IF, but WHEN – as the best science indicates that achieving Tx2 IS possible. And we know that what we’re doing works; close enough to know that, with the political will and help of our partners in the field and supporters around the world, we can do this.