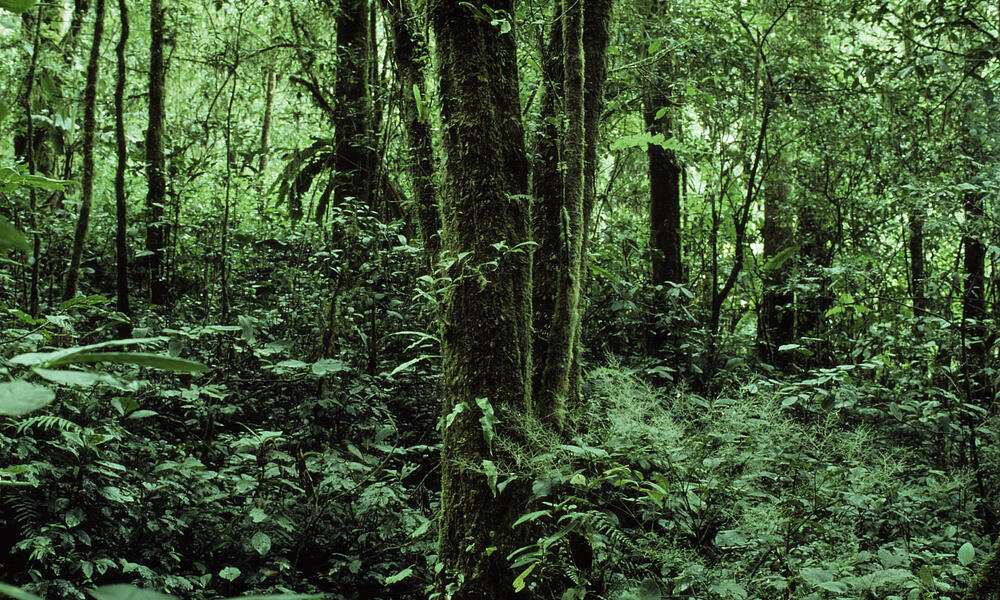 The term ‘other effective area-based conservation measure’ describes a geographic site, which is not within a protected area, that delivers long-term biodiversity conservation under equitable governance and management. OECMs can be governed by a variety of rights holders and actors including Indigenous peoples and local communities, government agencies, as well as sectoral actors, private organizations, and individuals.

Where did the term originate?

The term first appeared in 2010 within the Aichi Biodiversity Targets—global conservation goals established by the CBD as part of a strategic plan to conserve biodiversity. At the time, OECMs were a vague concept that lacked a formal definition and criteria. In the following years, experts set out to explore and refine the term and, in 2018, an official definition was adopted. OECMs can be found referenced alongside protected areas as a key approach to biodiversity conservation in the draft of the post-2020 Global Biodiversity Framework.

How do OECMs differ from protected areas?

Protected areas and OECMs have a subtle yet critical distinction. Protected areas are designated and managed with a primary conservation objective in mind, such as preserving habitat for endangered species. Their core function is to promote the conservation of biodiversity within a given site.

OECMs are defined as managed areas that deliver effective conservation of biodiversity within a given site, regardless of whether that is the goal. For example, a sacred natural site with high biodiversity value may be conserved due to its cultural or religious significance. The objective in this case is not biodiversity conservation, but it is still a result of conserving the site.

It’s important to note that some OECMs do list biodiversity conservation as a primary objective, and either cannot or do not want to seek protected area status.

What type of lands are included under OECMs?

The OECM framework considers that the identification of OECMs in areas within the territories of Indigenous peoples and local communities should be on the basis of self-identification and with their free, prior, and informed consent. Recognition of and support for the sites should better acknowledge their significant contribution to conservation and customary sustainable use of biodiversity in terrestrial, freshwater and coastal ecosystems. Indigenous rights, knowledge, and institutions must always be respected.

How do protected areas and OECMs work together?

Protected areas currently cover 15.7% of the world’s land and fresh water, and 8.2% of oceans. While they are an essential and continually growing approach to conservation, the protected area framework is not universally applicable to sites important for the conservation of biodiversity.

The OECM framework recognizes that conservation outcomes are possible outside protected areas, and the people involved in the governance of those natural resources should be valued, respected, and supported. Doing so has the potential to promote a new model for conservation that fosters inclusive approaches and equitably governs land, forests, freshwater and oceans to achieve long-term conservation, as well as social, economic, and cultural wellbeing.

Where can we learn more?

The 2022 Fuller Symposium will explore the topic of OECMs in two online sessions, which take place on October 18 and November 3. The event will focus on bringing together leading experts to engage critically with OECMs, analyze the potential for these sites worldwide, identify implementation challenges and ways to address them, and investigate the conditions needed to maximize their positive contributions to both people and the planet.