Rapid Response Teams act as a bridge between wildlife and people 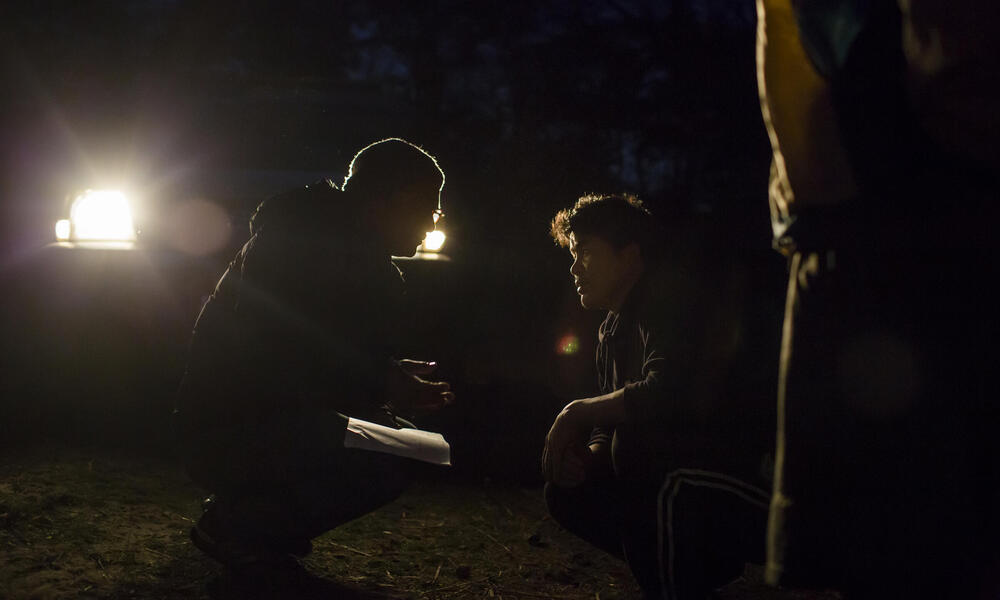 It was nearly nine at night when a loud noise woke 24-year-old Sanju Pariyar and her family. An elephant was in their field and advancing quickly towards their house near Bardia National Park in western Nepal. A few minutes later, the wild animal had damaged the walls and roof of the Pariyar home, knocked down shelves in the kitchen, and scattered the family’s belongings in the darkness.

“It’s very natural to feel anger in the moment because we were sleeping and an elephant just came along and destroyed our house,” says Pariyar of the 2016 incident. Some of her neighbors experienced similar attacks on their homes, crops, and livestock from wildlife.

But Pariyar harbors little resentment towards the wild animals, and even champions their conservation. “If you take some time to think about it, perhaps it’s the responsibility of us villagers to know how to handle the issue and use the right techniques to scare away the animal.”

It’s that type of public awareness that Pariyar hopes to raise through her volunteer work as a member of the local Rapid Response Team (RRT). Established by WWF Nepal in 2016, RRTs help to engage communities in wildlife protection efforts, manage human-wildlife conflict, and monitor poaching and other illegal activities. Today, there are nearly 60 RRTs across Nepal.

As part of their work, RRT members offer fellow villagers’ advice on how to prevent and minimize the risk of attacks from elephants, tigers, leopards, and other wildlife that often live in close proximity to people. These include awareness programs related to park regulations, wildlife behavior, keeping safely away wildlife as well as preventive measures such as electric fences to keep out wildlife.

RRT members prepare people in case they should encounter unwelcome animals in their fields and homes. “You shouldn’t make noises from different directions as it might confuse the animal and make it even more aggressive,” explains Pariyar, who became part of her local RRT more than a year ago. “Instead, people should gather in one place and make noise from there” while providing a clear escape route for the animal.

Another key function of the RRT is suggested by the name of their group: to respond quickly during wild animal incursions. Even if it’s the middle of the night, up to five team members will hurry down to the incident site, try to assist the community, and chase away the animal if it’s still in the area. The team documents any damage and helps victims apply for compensation from the government. Because the latter process can often be slow, RRT also assists those impacted by attacks with the process to receive immediate relief funding from the Government and NGOs.

Pariyar’s favorite activity, however, is being a member of a Community-based Anti-Patrol Unit (CBAPU) that monitors illegal activity in their local areas. Every month, over the course of four separate days, a CBAPU team of up to 20 people walks through one of the 42 community forests in the Khata Corridor region where they live, keeping a lookout for poachers and signs of illegal hunting, while also monitoring the health of the forest. If they spot anything suspicious, the team reports it to the park authorities. It’s tiring work, says Pariyar, but there’s “a real sense of community and friendship” that happens on these patrols.

Pariyar’s husband also joins her occasionally when she goes into the forest, and she makes it a point to teach their young son about the importance of taking care of the plants and animals around them. “I’ve already decided that I want my son to be in the field of conservation when he grows up,” she says with a laugh. To that end, she’s given the toddler his own tiny tree to look after and shows him how to feed small birds rather than chase them away.

Today, Pariyar sees a change in the attitudes people have towards wild animals. “Other people in the village now realize that you must do some sort of conservation because if there is a good forest environment, then the animals will stay in the forest and not bother us,” she says.