The human health and conservation connection 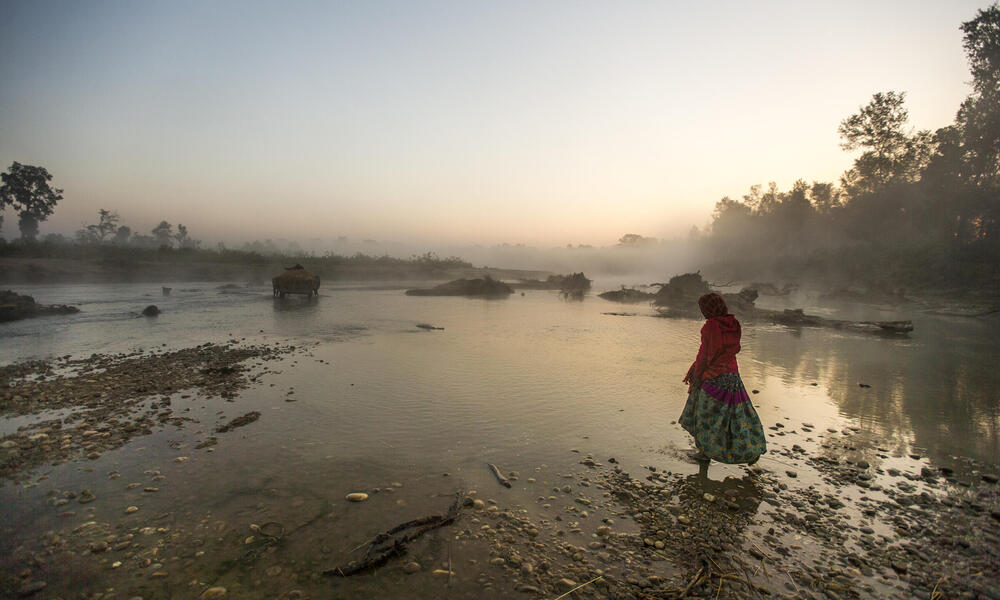 Human health and the health of our environment are inextricably linked. Our collective resilience, well-being, nutrition, and ability to avert disease is fully connected to the food we eat, the water we drink, the air we breathe, and the ways we interact with nature. For example, viruses such as the new coronavirus, Ebola, and flu, originate in animal hosts. These and other zoonoses–diseases and infections transmissible from animals to humans–are ways in which human health and the environment are connected. Historically, conservation and human health have been treated as separate topics, but now more than ever the two are making their way into the same conversations.

By many metrics, now is the best time to be a human in terms of overall education, health, and wealth. Eighty-five percent of the population is literate, severe global poverty rates are down to 10 percent, and the universal average life expectancy is 72 years. Though things are looking good for humans, the same scientific and technological developments that have made our lives better are simultaneously having catastrophic environmental impacts.

In the last 75 years, water use, fertilizer consumption, paper and plastic production, and energy use has risen exponentially. As humans consume more, the planet is subsequently degraded at an unsustainable rate. It’s struggling to absorb our waste and replenish resources, and human health is increasingly suffering as a result. Air pollution and increasing temperatures contribute to cardiovascular and respiratory diseases. An increased frequency of natural disasters like hurricanes and forest fires due to climate change result in injury, death, and trauma. Droughts threaten crops and freshwater access, while floods force large-scale human migration. One growing concern is the impact on nutrition. Studies show that rising CO2 emissions mean crops are harvested with lower levels of key vitamins and nutrients, and degradation of coral reefs will result in loss of access to food for up to 500 million people.

There are many underlying issues that affect this complex and often overlooked linkage, including a failure to account for future health and environmental harm over short-term gains, and the disproportionate harm on poor people and developing nations. Conservation and public health initiatives are also often funded and strategized separately among separate groups of organizations and stakeholders, despite their overlapping visions.

But the way forward is hopeful. New narratives around consumption, overhauls of food, energy and urban design systems, and conservation that collaborates with local communities are just some of the ways conservation and human health can come together for the greatest mutual benefit. As the world reassesses climate commitments and what that means for our relationship with nature, the opportunity for health and conservation practitioners to come together is ripe with promise.

In order to explore how conservation and human health converge, and where gaps exist, WWF hosted the Fuller Science for Nature Symposium “Healthy Planet Healthy People.” In October 2019, leading health and environmental experts came together to unpack issues spanning from infectious diseases, mental health, environmental risk factors such as deforestation, and the importance of community-lead change.

Watch speaker videos and panel discussions from the Symposium to learn more.