The truth about white tigers

Globally, there are some legitimate conservation breeding programs for tigers that are important for research purposes. However, there are estimated to be over 8,000 tigers in captive tiger facilities across China, Laos, Thailand, and Viet Nam and over 5,000 in the US, with most providing absolutely no conservation benefit to the world’s remaining 3,900 wild tigers. Oftentimes, facilities keeping captive tigers promote misinformation about their benefit to conservation, misleading the public to further the facilities’ profits brought in by visitors.

Leigh Henry, WWF-US's director of wildlife policy, shares four facts about white tigers, and captive tigers in general, that illustrate why the promotion of “endangered” white tigers, as just one example, is a ploy of those wanting to profit from captive tigers while providing no benefit to wild tiger conservation.

1. White tigers are falsely marketed as a highly endangered species

White tigers are not a separate subspecies of tiger. There is only one tiger species and only two recognized subspecies in the world—the Continental (Panthera tigris tigris) and the Sunda (Panthera tigris sondaica). The color of the white tiger's fur is the result of a genetic mutation called leucism. In fact, this white coat would be a hindrance in the wild, as it doesn’t provide a tiger with any camouflage, which greatly reduces their chance of survival.

2. White tigers in captivity exist due to inbreeding

The white tiger is a result of a rare genetic mutation and the most efficient way to breed them is by using two tigers who have the recessive genes needed to produce offspring with a white coat. In captive breeding facilities these two individuals are often related, making inbreeding common. In the US, all white tigers originate from a single male white continental tiger which was imported to the country decades ago.

Inbreeding all tigers, not just white tigers, is common in captive facilities and inbred animals suffer from a range of significant health problems. Common issues include spinal deformities, defective organs, and immune deficiencies. Instead of admiring the color of the tigers’ coats, we should be asking ourselves why these tigers are here in the first place, instead of in the wild.

4. These animals are often bred for cash, not conservation 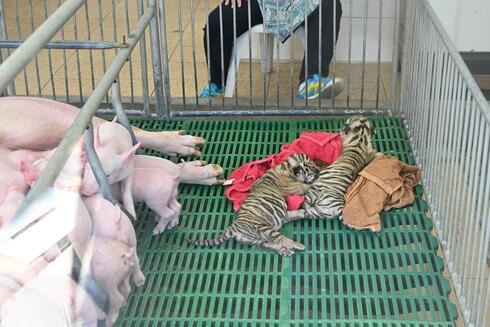 Captive tiger cubs, including white tiger cubs, generate a large amount of revenue for the facilities that own them, and that funding often does not reach the field conservation projects they say that they support. Small tiger cubs are relatively easy to care for, but the constant stream of new cubs needed by many facilities for photo ops or cub handling for paying customers creates a bigger problem when they reach adulthood. Adult tigers are expensive to care for and require larger and more secure enclosures. To reduce their numbers, some captive facilities kill their tigers once they reach adulthood and sell their parts to supply the illegal tiger trade, making a profit for a second time.

The reality of the situation is that white tigers aren’t an endangered species, their white coat is simply the result of a genetic anomaly which doesn't require conservation. And as long as captive facilities continue to supply tigers, their parts and products into the illegal trade which fuels the demand for tiger products, wild tigers will always be at risk.

In the US, WWF is calling for more centralized oversight of the large captive tiger population to ensure they can’t supply the illegal trade. The Big Cat Public Safety Act has been introduced in both Houses of Congress and WWF is lobbying with an array of partners for its passage. In Asia, especially China, Laos, Thailand, and Viet Nam where over 8,000 tigers are estimated to be in captivity, WWF is calling on governments to commit to phasing out tiger farms and instituting clear bans on trade in tigers and their parts and products, from any source, wild or captive. 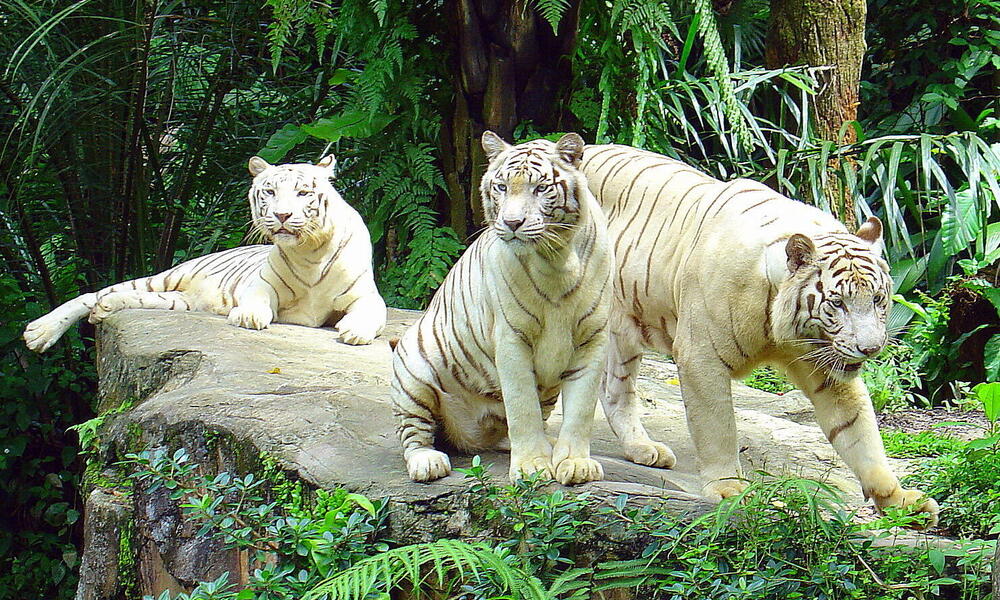