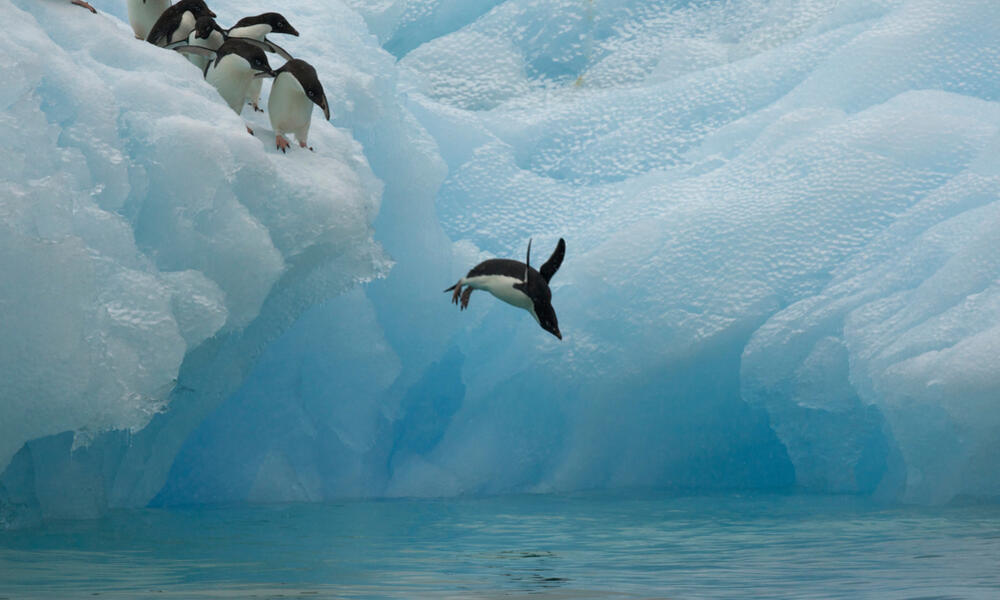 WWF is working with French polar scientists at Dumont D’Urville Station in east Antarctica to monitor the lives of Adélie penguins.

Things can change fast in Antarctica

The climate crisis is complex. While disappearing sea ice poses a threat to penguins, Adélie penguins in east Antarctica were recently affected by the opposite problem – the extent of sea ice grew, pushing the shoreline further away from their feeding grounds. This meant they had to travel longer to get food and longer to get back.

Coupled with several days of freezing rain at a critical period – a very rare occurrence in what is officially classified as a polar desert – conditions for rearing young were poor. Chicks’ downy feathers are not waterproof, and not a single chick from a colony of 30,000 adult pairs survived the 2013-14 breeding season.

We’re working with French polar scientists at Dumont D’Urville Station in east Antarctica and we support important research by CNRS, the French Antarctic Programme. We’re monitoring the foraging habits of the penguins, using miniature GPS devices fitted while the females are incubating to track their movements and identify key “biological hotspots” in the Southern Ocean where they feed.

Together we’re trying to predict how the Adélies might adapt to climate change, and we’re strongly supporting an international proposal to create a large-scale marine protected area to safeguard their feeding grounds off east Antarctica.

Make a symbolic penguin adoption to help save some of the world's most endangered animals from extinction and support WWF's conservation efforts.