Would you rather pick a fight with a jellyfish or a plastic bag?

For sea turtles, this question should be simple. Their scales protect them from the worst of a jellyfish's venom, and the resulting meal is both tasty and nutritious. But a single piece of plastic can be deadly.

The problem is that sea turtles don’t know what plastic is, and they don’t get to choose.

What do sea turtles naturally eat?

There are seven species of sea turtles found in the world’s oceans today, and they each have different dietary preferences.

The earliest ancestors of these seven species appeared on Earth around 220 million years ago, and today’s sea turtles have evolved to hunt successfully beneath the waves.

That was until plastic came along.

Why do sea turtles eat plastic?

Plastic has only been mass-produced since the 1940s, but it’s having a devastating impact on sea turtles.

Research suggests that 52% of the world’s turtles have eaten plastic waste. The reasons are simple: a floating plastic bag can look like a lot of jellyfish, algae, or other species that make up a large component of the sea turtles’ diets.

All sea turtle species are at risk from plastic.

The carnivorous loggerhead and mainly plant-eating green turtle both were shown to be consuming plastic in alarming quantities, according to a study from the University of Tokyo.

In fact, loggerheads ate plastic 17% of the time they encountered it, likely mistaking it for jellyfish. This figure rocketed to 62% for green turtles probably on the hunt for algae.

However, it’s not just ingesting plastic that causes problems for turtles. Entanglement in abandoned fishing nets can easily kill them through drowning or preventing individuals from escaping predators or hunting.

Tragically, the accumulation of plastics at key nesting beaches means that baby turtles are among the most at risk from plastic entanglement, preventing them from reaching the sea.

What happens to sea turtles that eat plastics?

The outlook for turtles that eat plastic is bleak: for 22% ingesting just one plastic item can be a death sentence. Sharp plastics can rupture internal organs and bags can cause intestinal blockages leaving turtles unable to feed, resulting in starvation.

Even if they survive, consuming plastic can make turtles unnaturally buoyant, which can stunt their growth and lead to slow reproduction rates.

What can I do? 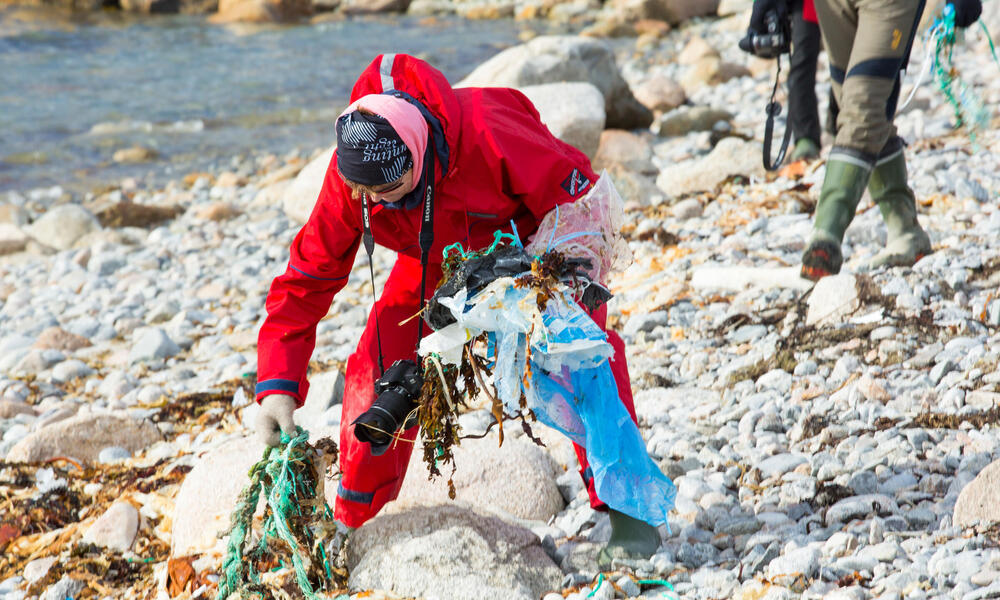 With the odds stacked so heavily against sea turtles, it can be difficult to know how you can help. Many of us are doing our part to reduce plastic pollution by recycling and reducing single-use items, but it’s just not enough on its own. Governments must step up to take accountability and end this pollution epidemic.

You can help. Ask our government leaders to establish a global, legally binding agreement to stop plastics from leaking into our oceans.