What is a walrus haulout and what does it mean for the planet? 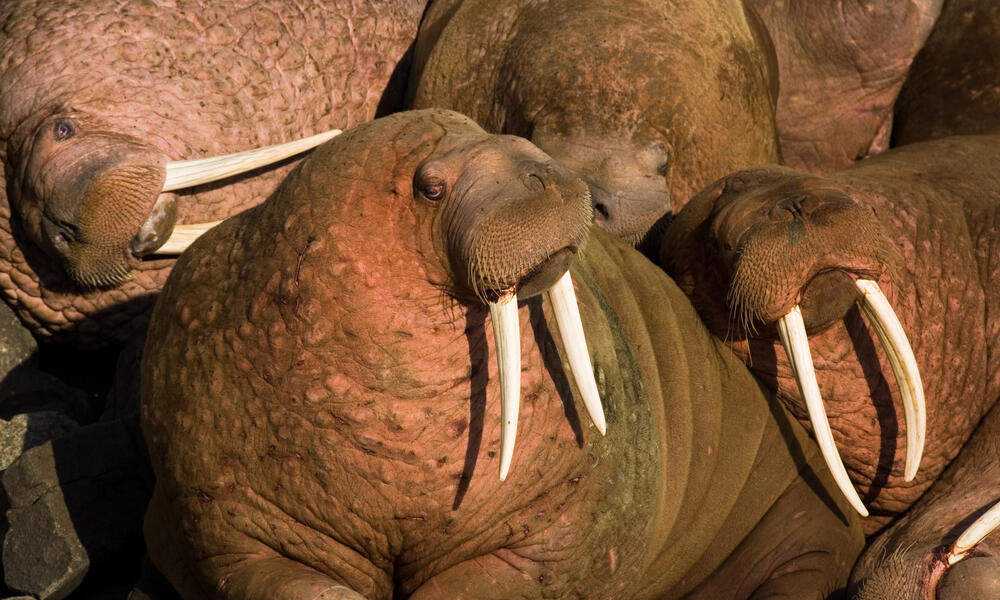 What is a walrus haulout and what does it mean for the planet?
Walruses spend most of their time on sea ice. They migrate with moving ice floes and need ice for rest between dives for food. But climate change is dramatically shrinking available sea ice for walruses. As a result, thousands of walruses are swimming much farther distances to seek refuge on shore when no ice is available. On land, they congregate in large groups known as “haulouts.”

Why are haulouts dangerous for walruses?
With declining ice, commutes to shore can be more than 100 miles. Often, young calves do not survive the full journey. If they do make it to land, walruses are already fatigued by their travel, and in these locations, nearby food sources may be quickly exhausted. In addition, as walrus are easily spooked—by humans, vehicles, polar bears, or even small animals—they can trample one another in a stampede to the sea. Tragically, many walruses, particularly young calves, die in these stampedes.

Shrinking sea ice
Recent years have seen the number of walruses congregating in single haulouts to more than 35,000. The increase in size and frequency is due to disappearing sea ice brought on by rising global temperatures.

Right now, the Arctic is warming twice as fast as the rest of the planet and if emissions continue to rise unchecked, the Arctic could be ice-free in the summer as early as 2040. Climate models project that this ice-free season could last from 9-11 months by the end of the century, altogether eliminating the Pacific walrus’ preferred sea ice habitat.

As available ice declines (right now we’re losing 12% each decade) it is appearing farther and farther North. These waters are too deep for the walrus to successfully dive and feed.

What can be done
We have an opportunity to prevent the worst impacts of climate change, and preserve habitat for walrus, by keeping global temperature rise to below 1.5° C and regulating global emissions. While we keep our focus on curbing climate pollution, it is also critical that we help walrus adapt to a world that is changing around them.

People near haul-out sites can take steps to keep them undisturbed, such as strictly limiting access to the haul-out area. In the Arctic, WWF is working to prevent walrus stampedes in know haulout sites through the Wildlife Adaptation Innovation Fund.

Take Action: You can have an impact and help walrus by considering your own contribution to climate change, taking steps to reduce your carbon footprint.