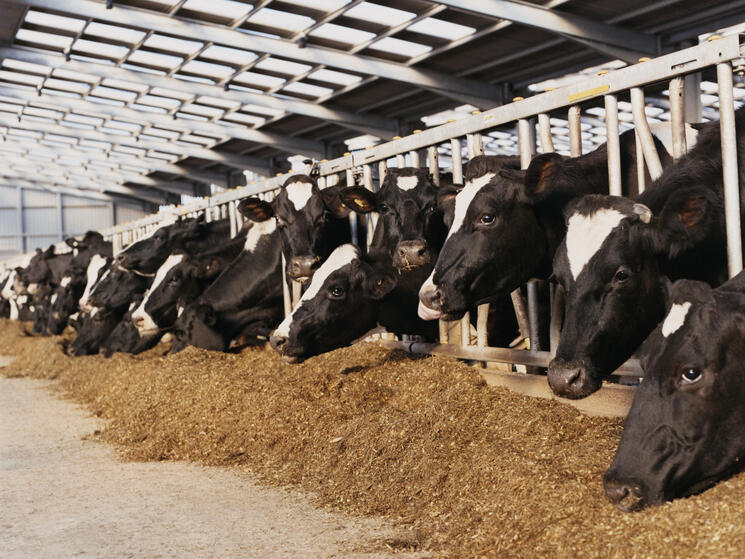 Innovation in Reducing Methane Emissions from the Food Sector: Moo-thane

Most agricultural methane emissions (around 70%) come from ruminants, such as cows and sheep. This is primarily due to manure and gastroenteric releases—or, simply put, cow burps. Most methane for cattle, particularly beef, is released in the grazing phase of the supply chain. When cattle roam for grazing, it is difficult to track methane release or to mitigate emissions due to the nature of grazing. Furthermore, scalability and traceability are challenging, particularly for small-scale grazing operations.

We have previously written about anaerobic digestion in the dairy industry, where manure is used to create natural gas or renewable energy. There’s an added benefit of avoiding methane emissions if food waste is diverted from landfills and added to the digesters. We have also explored how certain types of seaweed can reduce enteric emissions when added to feed. Though this solution is not yet available at scale, other exciting innovations are becoming more prominent in this space as well.

One of the most promising opportunities relates to other feed additives, which in some cases has reduced enteric methane but results for beef will vary depending on the production system. The primary ingredient in most feed additives is 3-nitrooxypropanal, or 3-NOP for short, which has been shown to be an effective methane inhibitor. This solution is exciting given that it takes immediate effect with just a quarter teaspoon of product added to feed, and it is both scalable and easily transportable. DSM’s product Bovaer is among the best known, and has recently been approved for use in both Brazil and Chile and the EU. However, regulatory barriers persist in the US preventing widespread adoption to date, although approval may be on the horizon for Latin America. Another nascent but fascinating innovation involves fitting cattle with comfortable masks, which capture and oxidize methane from burps. UK-based startup Zelp developed this technology and is currently conducting live trials. According to their website, the most recent trials have shown a 53% reduction in enteric methane. The potential for impact of this solution is bolstered by Cargill, which announced in June that it plans to sell the mask this year. Buy-in from such a large and influential player in the market drives up the chance of scaling the solution and making it more affordable for producers downstream.

Of course, if you are looking for something even more innovative and unusual, there have also been recent efforts to potty train cows. Dr. Jan Langbein and colleagues at the Fredrich-Loeffler-Institut in Germany (mostly) successfully potty trained some cows to urinate into a specific area. When cows urinate throughout a field or barn, the urea in the urine is broken down by enzymes and converted to ammonia and then, by bacteria, into nitrous oxide (which, while not methane, is also a potent greenhouse gas). In this case, the potty training worked 77% of the time, allowing the team to show a significant reduction in ammonia emissions from urine since the team instead collected and treated it before it could be converted to ammonia. This was very small scale, in a test environment, and focused on urine rather than manure so it could very well not be feasible economically, practically, or environmentally at scale. However, in the urgent climate scenario we live in, lessons learned from testing such as this could be applied to more practical solutions to drive progress more quickly.

Climate change is one of the most urgent crises we have ever faced, and it will require an effort across all industries, people, and countries to achieve necessary goals. Capturing methane and producing biogas from animal and food waste will be an important part of the energy transition in the short-run, helping solve climate, waste, and water quality problems at the same time. Other innovations happening around the world will be necessary as part of the unique opportunity to reduce methane emissions and see improvements relatively quickly. We look forward to keeping an eye on what comes next. And it doesn’t hurt that our young children find our work exciting; they are thrilled to hear about poop.

Know of other interesting methane innovations happening in ag or some of the other industries with potential for impact? We always want to hear about them. Get in touch at marketsinstitute.org. Want to hear about these types of emerging issues, trends, and tools on a weekly basis? Stay ahead of the curve here.

Read previous posts in this series: