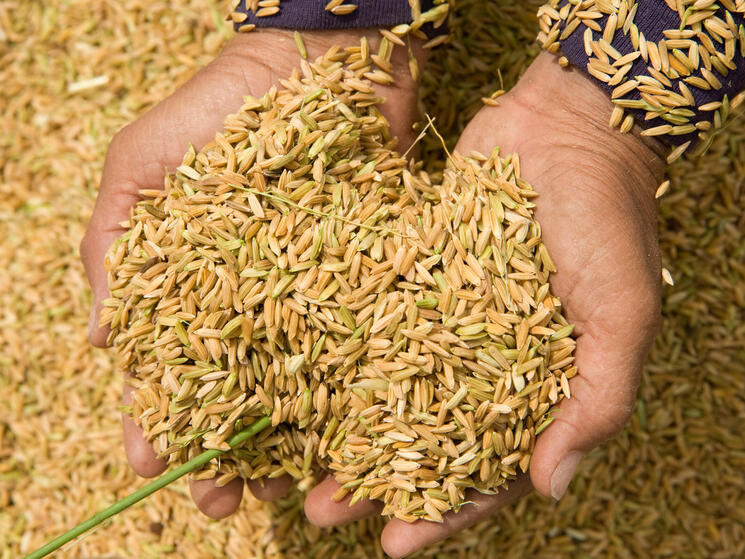 Innovation in Reducing Methane Emissions from the Food Sector: Side of rice, hold the methane

Rice, one of the most abundant crops grown and consumed globally, makes up 12% of global methane emissions – and a staggering 1.5% of total greenhouse gas emissions. When rice is harvested, a ton of rice stubble and straw is left behind for every ton of harvested rice – 750 million tons globally in 2015. Currently, to clear fields for future crops, farmers either burn the rice straw, which results in significant carbon dioxide emissions as well as methane, carbon monoxide, nitrogen oxides, sulfur oxides, and particulate matters, or they flood the field to encourage swift decay – which also leads to extensive methane emissions.

However, we’re seeing increasing innovation to reduce these emissions. In India, one of the biggest rice producers along with China and Indonesia, a team has deployed the Happy Seeder Machine. This tractor-mounted machine cuts and lifts straw and stubble before mulching the field with it. A recent study says it reduces gas emissions by more than 78% compared to burning while boosting farmer profits 10-20% due to fewer inputs and higher yields. However, the study also estimated that around 16,000 machines would be needed to convert 50% of rice and wheat farms in India, costing roughly US $34.5 million. It’s unclear who would cover this cost. Sharing and cooperative arrangements would need to be set up and managed, maintenance costs are unknown, and technical assistance would be needed. Still, its early success is encouraging.

Another advancement is the use of rice straw and stubble to make paper or medium-density fiberboard (MDF), a strong wood product used in furniture, cabinetry, flooring, and more. Currently, most paper and MDF come from short wood fibers. Young trees and small branches produce shorter fibers used in tissues, paper, diapers, and more, while older trees produce longer ones, more suitable for things like plywood. As trees grow to maturity, they have a greater potential to store carbon. What if, instead of cutting younger trees, the stranded asset of rice straw and stubble could be used to fulfill the short fiber market? 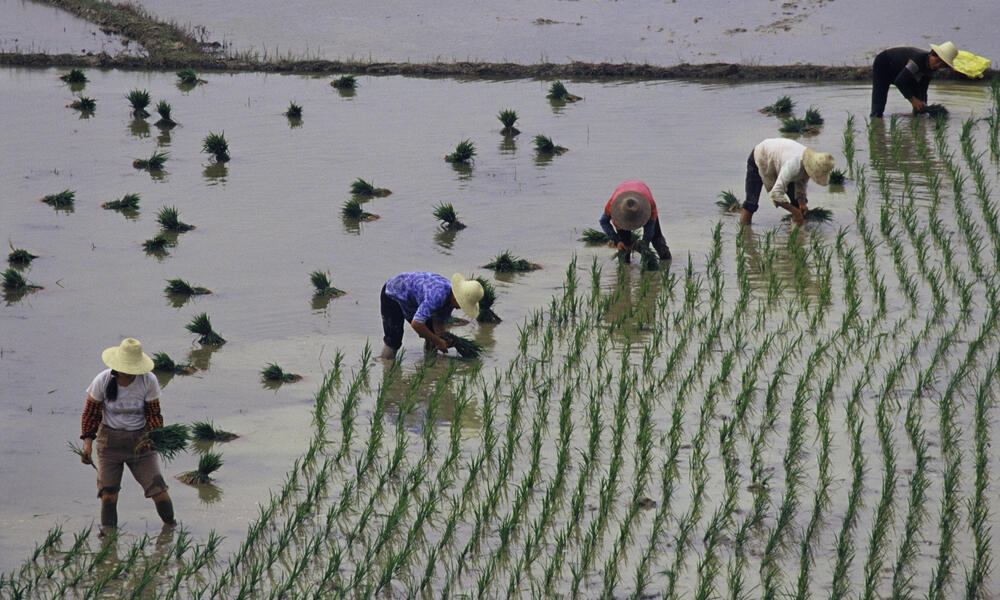 Researchers and companies are exploring just this idea. Punjab Agricultural University has been leading studies examining rice waste in pulp board and paper. They see a steady increase in use in small mills around India, with perhaps up to 50% of pulp board mills now using at least some rice straw. An Egyptian NGO is using rice straw and stubble in high-end paper products. Meanwhile, in California, CalPlant finished a facility last year to make MDF from rice straw and stubble. Unfortunately, the company recently declared bankruptcy but will be restructuring and continuing to operate. It adds questions around the financials of paper and MDF from rice waste but could just be growing pains as an innovation comes online.

If accomplished at scale, there would be several benefits. Farmers could earn revenue from the sale and use of the stubble, while it would simultaneously reduce emissions from flooding and burning. Since rice is heavily grown in many countries where wood is scarce (such as China, India, and Bangladesh), it could prevent the harvesting of very young wood and allow trees to sequester more carbon as they mature. Finally, since rice straw and stubble have less lignin than wood, they actually pulp more easily with fewer chemicals.

There are a few other innovations that neatly pair the reduction of methane emissions from rice straw with those from cattle. In some pilot projects at Punjab Agricultural University, researchers found that using rice waste in cattle feed led to improved health and milk production. Meanwhile, when rice straw and stubble were used in bedding, it led to better quality and quantity of milk, improved udder and leg health, and, since it’s not slippery, lower rates of injury and lameness. These work together to lower inputs and boost yield, so the same amount of milk can be produced with fewer cattle. These ideas are still in the early stages, but they deserve attention and testing.

Rice paddies are frequently flooded during growth, which generates methane-emitting bacteria. The System of Rice Intensification (SRI) methodology, which has been around for decades, significantly reduces water use and methane emissions while boosting yield. However, it is extremely labor-intensive and only used on small paddies in Africa and Asia. Now there are research efforts looking at mechanizing SRI to remove that labor barrier so it can be used at scale. Meanwhile, others are piloting techniques like "alternate wetting and drying" which doesn't remove all flooding, but could significantly reduce water use and methane emissions while once again boosting yield and income.

Most of these innovations are early stage, but there is exciting movement in this sector—-and not a minute too soon. Stay tuned for innovations around methane in cattle.