of the world's seaweed production is farmed, preserving our ocean and coastal ecosystems

Seaweed is easy to grow, versatile, and beneficial to ocean ecosystems. Farming seaweed is an efficient way to produce highly nutritious food for a growing population. Unlike terrestrial crops, seaweed doesn’t require fertilizer, pesticides, freshwater, or land, and it grows rapidly—some marine algae can be ready to harvest in as little as six weeks. It acts as an underwater forest that absorbs carbon, nitrogen, and phosphorus, making it a valuable tool to fight climate change and a water purifier, while also creating new habitat for a diversity of marine life.

Seaweed production has grown to over 30 million tons, more than doubling in the last decade. Packing a nutritional punch of minerals, amino acids, and iodine, it is used in both human and animal food, and can be found in a variety of medicine and beauty products, biofuels, and packaging.

China, Indonesia, and the Philippines lead the world in volume of production, but seaweed farming can be found in many countries, including Tanzania, Sweden, Chile, and the United States. Most farms operate in shallow coastal waters, competing for space with fishers and other uses. Technology to farm sustainably in harsher ocean conditions is newly developing. WWF is working to grow this industry to bring the benefits of seaweed farming for nature, people, and climate to scale.

Exploring the benefits of kelp farming in Maine 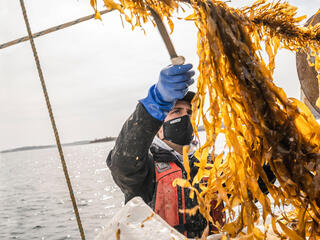 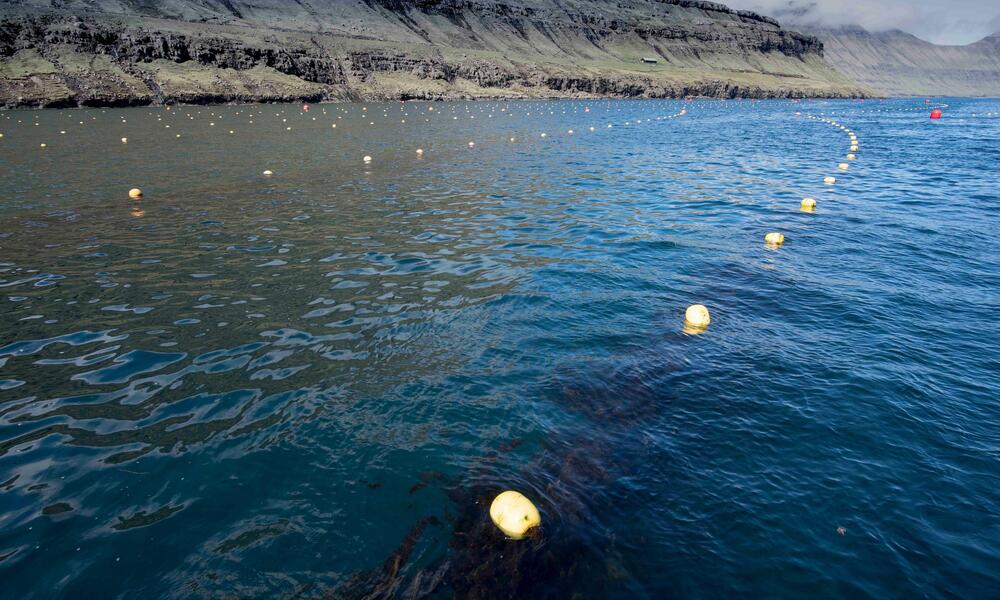 In some cases, seaweed species have turned invasive when grown outside their natural range, overgrowing coral reefs, and throwing off the balance of the local ecosystem. WWF supports the production of local seaweed species wherever farming activities are taking place and encourages the development of new native species as seaweed farming expands worldwide.

While occurrence is rare, entanglement of protected species with seaweed farm rope structures is a potential concern in both near-shore and offshore. Entanglement is unlikely but could have negative impacts on species in surrounding waters. WWF is partnering with researchers to develop a low-cost sensor that could be deployed on farms to rapidly alert a farmer to an entanglement event, increasing the likelihood of survival. Smart siting of farms and keeping ropes taut are best practices for any seaweed farm. There have been no credible documented marine entanglements in 40 years. 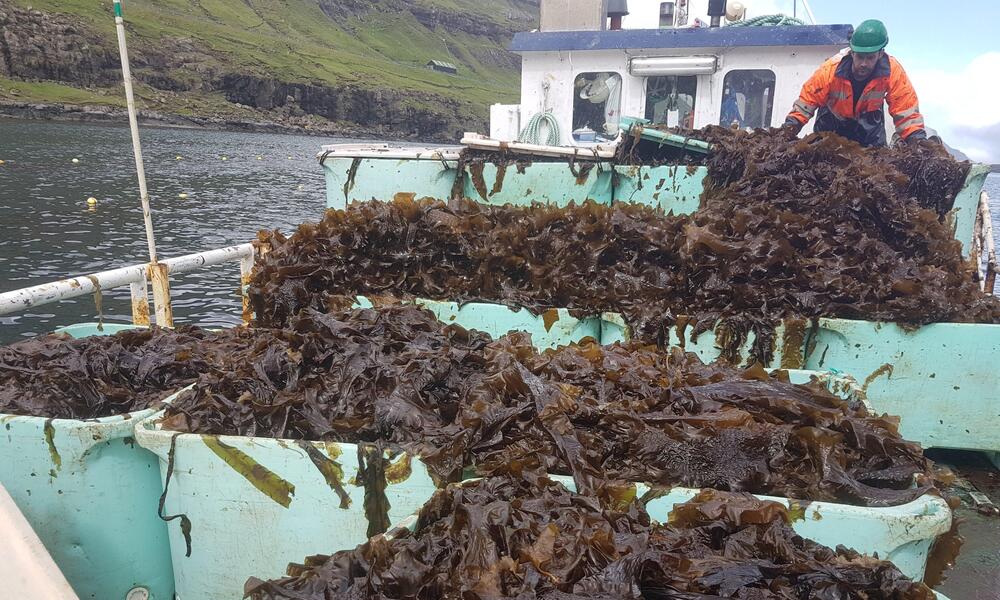 To maximize climate and environmental benefits, seaweed farming will need to be scaled. Moving farms to exposed environments, away from other ocean users, opens the door for growth but also requires innovation. WWF is coordinating a global effort to create public acceptance to operate farms in the ocean, working to develop innovative technologies, and supporting entrepreneurs in advancing this field. WWF is also partnering with researchers to measure the ecosystem benefits of seaweed farms by examining their uptake of CO2, nitrogen, phosphorus, and their contribution to long-term carbon storage to combat climate change.

WWF is working with companies to create incentives to scale farms. Livestock feed is a market with high potential to help the industry scale. Substituting 1% of current animal feed with farmed seaweed could increase demand by 16 times while improving animal health and potentially reducing methane emissions. All types of seaweeds contain valuable proteins that, with the proper technology, can be used in foods and other products. Replacing land-based plant materials with seaweed in packaging alternatives would cut down on plastic pollution in our oceans while doubling demand for seaweed.

Seaweed farming provides an opportunity to revolutionize how we think about ocean health, climate mitigation, and food security, but to make a meaningful impact, the industry must scale up in a big way. New technologies, processes, and market innovation are essential to accelerate data gathering, learning, and industry growth. With generous support from partners, WWF aims to advance the technologies and processes needed to meet the conservation and societal challenges facing our planet through impact investments in innovative companies. WWF has invested in Ocean Rainforest and Oceanium as part of its initial impact investment strategy to help pioneer novel technologies and scale up market growth to benefit the future of seaweed farming.