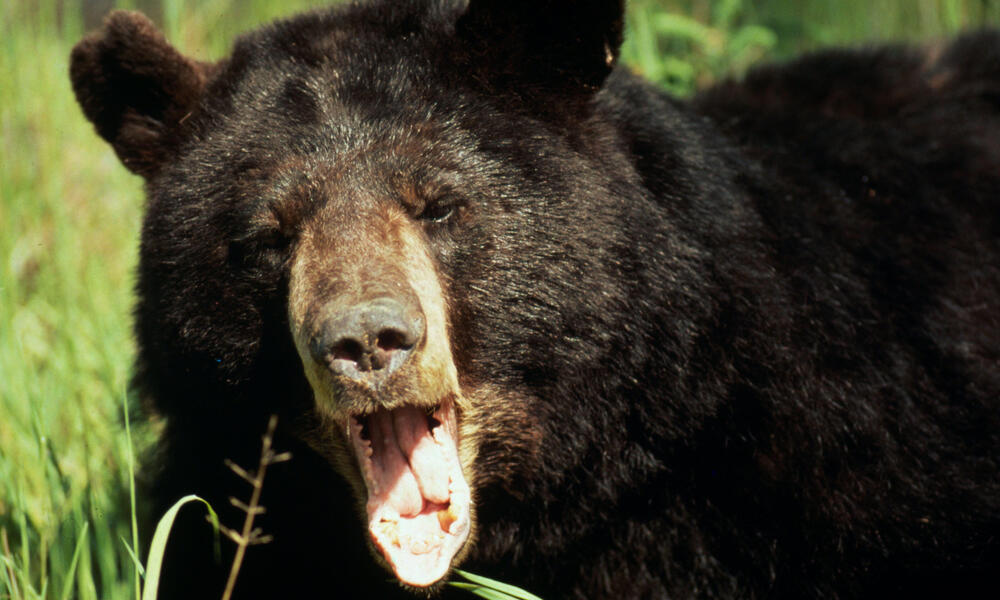 Great! You were walking along minding your own business and the sidewalk came up and made you trip. Now the pharmacist says you have a sprained ankle. He gives you a little bottle and tells you to call him in the morning. What's in this little bottle?

The pharmacist shrugs, "Just a little bear gall bladder." "Whoa, whoa, whoa!" you say. "Hold on a minute! Bears -- especially bears in Asia -- are endangered, in part because of the traditional Chinese medicine (TCM) demand." (Aren't you glad you surfed around the WWF Virtual Pharmacy and found this out before you actually purchased the bear gall bladder product?)

Bear gall bladder and bile is used in TCM to treat many ailments including convulsions, fever, and hemorrhoids. But this traditional way of treating these complaints is starting to take its toll on its source -- the bears. The Asiatic black bear, sloth bear, sun bear and certain Asian brown bears are all endangered due in part to demand for gall bladders. While our own black bears here in North America are in pretty good shape, they too are sometimes killed illegally for their gall bladders. And one bear gall bladder looks pretty much like another bear gall bladder, so when the stuff gets put into TCM, it's hard to know where it came from!

While there are alternatives to the bear gall bladder, such as cow or pig gall bladder as well as synthetic substitutes, some of the people who practice traditional Chinese medicine continue to prefer bear even though the alternative may be equally effective. If the alternatives are taken seriously and used more often, the demand for bear gallbladders will decline, and the beleaguered bear species may have a fighting chance.